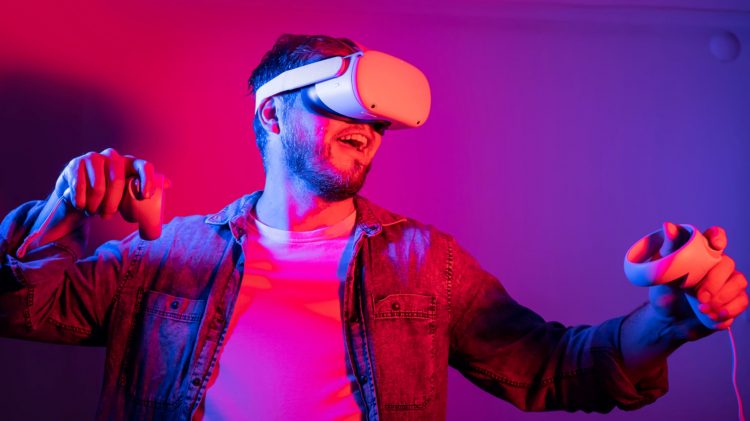 The Meta Quest app store offers many great fitness apps you can use on your VR headset, but if you’re using an Apple Watch to track your activity, you may not get the most accurate figures. Now, you can link your Quest directly to Apple Health.

It’s All About Meta Move

In March of 2022, Meta announced that Move (its internal fitness tracker) would be getting external app support. The Move app had only been accessible from within the headset itself, so if you wanted to see your VR exercise stats, you had to use the headset.

If you wear your Apple Watch during a VR session, it will still track your activity based on your heart rate, movement, and other data it has access to. However, Meta Quest Move has its own VR-specific data and algorithms that may offer a more accurate picture of your calorie burn.

Additionally, this connecting the Move app allows you to go without wearing your Apple Watch during a VR session, which may be more comfortable for you, depending on the type of VR activity.

Do I Need Special VR Apps?

One important thing to know about Meta Quest Move is that it tracks your activity throughout the entire VR session, regardless of what apps you’re using or what you’re doing. That means you don’t have to buy special fitness-specific VR apps to benefit from the feature.

That said, if you’re really wanting to get active, some of our favorite video games for fitness have Quest editions you can play right now.

Step 1: Set Up the Move App

Before you can sync data to Apple Health, you have to enable the Move app on your headset. If you’re already using Move, you can skip to the next step.

Put on your headset and press the system button on the right-hand Touch controller. If you don’t see your list of apps, click on the grid icon on the far right of the system menu bar.

Look for the Move app and open it.

If this is the first time you’ve opened Move, you’ll be presented with a short introduction.

Once the initial setup is done, you need to connect the Move app in your headset to the Quest mobile app on your iPhone. From the Move app, head to Settings and toggle “Connect Move to Oculus Mobile App.”

With Move connected to the mobile Quest app, next, we need to sync with Apple Health. From the Meta Quest app, open the Explore tab.

Open Move by tapping on its widget in the Explore tab.

Toggle the “Apple Health” option on.

How to write the financial section of a business plan?

Akara to trial its disinfection software at an Estonian hospital