by S. Publisher
in News 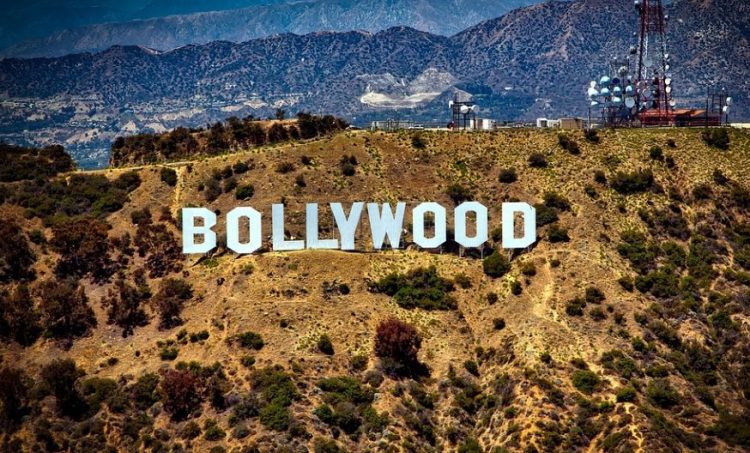 A beautiful backdrop is one of the necessities of any perfectly framed shot, whether it’s for a film or a photoshoot. When it comes to the scenic backdrop, one cannot leave the room without mentioning the iconic Bollywood song set against the mesmerizing mountain views. These two appear to have a lifelong relationship; the cinematography and stunning locations are well-known features of Hindi films. The filmmakers go to great lengths to get the best shot possible, whether it’s a Yashraj film or a simple travel show. The Indian film industry is one of the best ways to get people to visit even the most remote and unusual parts of our country.

The influence of such scenic movies is so strong that an ordinary location quickly becomes a popular tourist destination after its appearance in these Bollywood films. Through these feature films, India, with its many beautiful locations, has provided us with some of the most iconic locations. Many are for couples, and there are numerous spots for family and friends. And as these films evolved, so did movie tourism, which catered to a diverse range of solo destinations. Moustache came up with a list of iconic destinations featured in Bollywood movies since the country saw color for the first time, based on a list of popular movie destinations.

Many filmmakers would like to use this location in their projects. Films like “Jab We Met” and “Highway” were shot here. With its majestic Himalayan peaks, snow, and scenic views, Rohtang Pass is one of the country’s most popular tourist destinations in Himachal Pardesh. A small section of road is surrounded by several feet of snow. It is the most desired road trip destination. It’s both heavenly and thrilling. If you want to visit here you have to take a rohtang pass permit. The months of May through October are ideal for visiting this location.

The film “Dil Chahta Hai,” in which all three actors took a road trip to Goa to enjoy life and celebrate friendship, sparked a love for the destination. After that, there is no turning back to another destination. It’s also been seen in movies like Dhoom, Golmaal, and Rangeela. You can still meet up with your friends, and the Moustache Coworker Hostel in Goa allows you to work while relaxing comfortably near a pool. The sun, sand, and sea are all about letting go and living life to the fullest. Visit Goa’s beaches, such as the famous Chapora beach, Aguada beach, and other beaches away from the tourist crowds. Moustache’s Goa Trip Packages allow you to explore Goa. Discover Goa’s natural beauty with Crocodile Bird Watching Goa or its underwater beauty with the Goa Scuba Combo. Experience fishing in Goa or get away from the crowds with a trip to the Dudhsagar Waterfall in Goa. You can also explore other parts of Goa with the Goa Combo (Malvan), the North Goa Tour, and the South Goa Tour.

Pangong Lake, which has appeared in films such as Three Idiots, Lakshya, and Tashan, is one of the world’s most sought-after Bollywood locations. This lake is only a five-hour drive from Leh. This lake is best visited between May and September. The stunning frozen view is best seen between November and January. With mountains, aquamarine water, and a breathtaking backdrop, this location is nothing short of heavenly. Aside from that, explore the beauty of the Nubra Valley with a Ladakh trip to experience the beauty of Ladakh. Read about the Manali to Leh road trip and the Leh to Leh bike trip as well.

The Kashmir valley’s beauty would be incomplete without its lakes. And when people think of Kashmir lakes, Dal is the first thing that comes to mind. Whether it’s a vintage classic or a modern Bollywood film, you’ll find a plethora of picturesque shots in these films. Dal Lake, as an urban lake, is an important part of Kashmir tourism, with various names such as “Lake of Flowers,” “Jewel in the Crown of Kashmir,” and “Srinagar’s Jewel.” The lake is surrounded by a boulevard lined with Mughal era gardens, parks, houseboats, and hotels and serves as an important source for fishing and water plant harvesting. Have you ever heard of a floating garden? During the months of July and August, the floating lake known as “Rad” blooms with lotus flowers. Enjoy a boathouse stay with Moustache and discover the beauty of Kashmir with the mesmerizing beauty of its serene lake. Also read Kashmir Great Lake Trip and Kashmir Mesmerizing Tour.

Manali has been depicted beautifully in films such as Roja and “Yeh Jawani hai Deewani.” Because of the snow-capped mountains, rough terrain, and beautiful weather, this location is a must-see for romantic couples. Hadimba Temple, dedicated to Bhima’s wife, is one of the top-tier locations featured during Manali filming. Visitors will enjoy scenic views as well as adventurous activities such as trekking, paragliding, and other similar activities. Make the most of your stay at Moustache Manali with one of the most picturesque views visible from every angle of the property. Discover the best places to visit in Manali with the Moustache Manali Trip Package. Check out Moustache’s Manali Weekend Trip, Manali to Leh Road Trip, and Manali Paragliding Trip. The best time to visit ManaliR is from March to june.

Some of the films that have lavishly featured the beauty of Gulmarg include Aap ki Kasam, Bobby, Yeh jawani hai deewani, Highway, Haider, Jab We Met, and Rockstar. Kashmir and Bollywood have a long and mutually beneficial relationship. The beauty of Gulmarg has been used in a variety of ways, from Shammi Kapoor dancing on a shikara to Ranbir Kapoor romancing in the snow. It’s a popular place for newlyweds to spend quality time together. Read about the Kashmir Great Lakes Trip and the Mesmerizing Kashmir Tour.

In any case, any Bollywood film that features royalty must include this palace. Whether in Ram Leela or the Best Exotic Marigold Hotel, the Udaipur palace has been seen in all of its glory and elegance. The months of September through March are ideal for visiting this location. Apart from the magnificent palace, there are several other historical sites in this area to visit. Don’t forget to try some authentic Rajasthani cuisine while you’re here. You can always book a comfortable stay with Moustache Udaipur during your journey. providing the best lake views as well as the most beautiful sunrise and sunset views. You will discover every aspect of Udaipur by participating in activities such as the Kumbhalgarh Day Trip, Udaipur City Walking Tour, Sunrise to Sunset in Udaipur, or Camping in Udaipur.

Varanasi, also known as Banaras, is one of India’s oldest cities and has appeared in many Bollywood films. The ancient and majestic temples, rich heritage, immaculate ghats, and enthralling Ganga Aarti make it an ideal setting for a traditional Bollywood film. The ghats of Benaras have been beautifully portrayed in films such as Raanjhana and Masaan. The best time to visit Varanasi during your Moustache Varanasi stay is from November to February. This location is ideal for exploring the essence of spirituality.

Have you seen the beautiful tea gardens in the Hollywood film “Life of Pi” or the breathtaking scenery in Bollywood films like “Chennai Express” and “Nishabd”? All of these films were shot in Kerala, specifically Munnar, God’s own country. The tea garden looks like it belongs in a fairy tale, complete with mountains and lovely weather. It’s breathtaking. Enjoy kayaking in Kerala under the supervision of experienced instructors while rowing in Kerala’s tranquil backwaters.

Kolkata has long been a favorite destination for Bollywood filmmakers. One of the most popular places to visit in Kolkata is the Howrah Bridge. Photography enthusiasts should visit Kolkata. Having it as a backdrop or driving through it has always been one of the most famous scenes in many movies. Visit the Dakshineswar Kali Temple, Rabindranath Tagore’s Mansion, Durga Puja, and other beautiful places in Kolkata. Barfi, Vicky Donor, Kahani, and other Kolkata-based films are notable examples. For couples looking to embark on a once-in-a-lifetime adventure while eating delectable cuisine and visiting iconic locations, Kolkata tourism is a dream come true. Don’t miss out on seeing four of the world’s five highest peaks with Moustache’s Sandakphu Trek or touring on a vintage Land Rover model from World War II with the Sandakphu Land Rover trip.

We hope that our list of the top ten iconic destinations has covered every ideal location featured in Bollywood. Still looking for your favorite filming location? Please share the locations; we may feature them in our next blog.