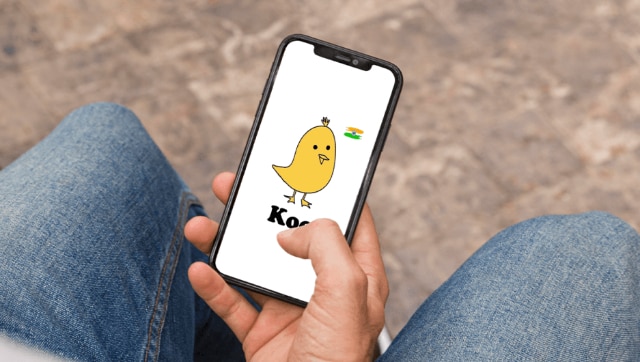 India’s own homegrown social media platform, Koo has launched a bunch of new features that are set to get more Indian user excited for the platform and switch to it, in case they were thinking of leaving Twitter and moving to some other platform.

These features include uploading up to 10 profiles, saving a Koo that users like, scheduling a Koo, and saving drafts.

According to the statement from Koo, power creators can now schedule a Koo to a future date and time. Creators who like to pen down multiple thoughts in one go can schedule it for different times to avoid crowding the feed of their followers. Creators who want to keep working on a draft before posting it can use the save drafts functionality. The statement from Koo said it would give them the freedom to keep making edits before posting.

The social media company said it is present in 10 languages and is being used by users in over 100 countries while it looks to invite a larger global audience to its platform.

Mayank Bidawatka, co-founder, Koo, said, “We are very happy to announce new features to millions of our users. Some of these are a first in the social space. We are the first ones to enable users to upload up to 10 profile pictures. We’ve made it extremely easy for power creators to now save a draft and schedule Koos for a future date and time. Saving a Koo functionality is not available in any other micro-blog. Users have taken really well to these features.”

He said that the company was happy to have crossed the 50-million user mark on the back of these enriching features and added that the company has a very user-focused culture internally and with our ears close to the ground, it will keep building best-in-class features that users need to express themselves and connect with each other.

Koo has been the innovator of language-based micro-blogging, helping connect 80 per cent of the world that speaks a native language. Features like multi-language Kooing (MLK), translation ability, a language-enabled keyboard, topics in 10 languages, and language translations.

It also added an edit functionality, multiple profile pictures, up to 10 image uploads, longer video uploads, and voluntary self-verification are some of its features. The platform said it aims to further announce a slew of features as part of its continuous effort to enhance the user experience.

Koo was launched in March 2020 and the platform said it had become the second largest multi-lingual microblogging platform available to the world. It recently crossed the milestone of having over 50 million users, and plans to add another 50 million, soon.

Shows like The Crown: 13 top titles for fans to stream