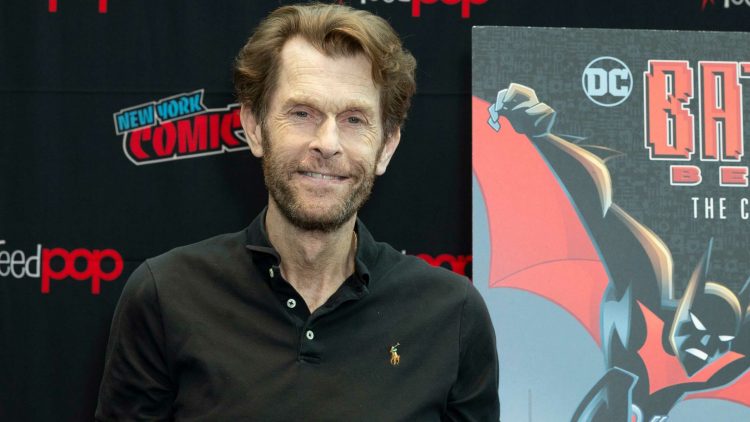 On Thursday, November 10th, Kevin Conroy, the long-running voice of Batman in countless DC Comics projects, sadly passed away after a battle with cancer. He was 66.

For many, Conroy was the definitive take on the Dark Knight ever since he first voiced the character in the beloved ’90s show, Batman: The Animated Series. Conroy would extend his gravelly, commanding tones to a DC shows (Justice League, Batman Beyond); movies (Batman: Mask of the Phantasm, Batman Beyond: Return of the Joker), video games (the Arkham trilogy) and, even, live-action (the CW’s Crisis on Infinite Earths crossover event).

Over the weekend, many people took to sharing tributes to Conroy, including, most notably, his Batman: The Animated Series co-stars Mark Hamill (The Joker) and Canada’s Tara Strong (Barbara Gordon/Batgirl).

Stunned by the loss of this brilliant actor. Words can’t express my admiration and respect for the man. I loved him like a brother.#RIPKevinConroy 💔 pic.twitter.com/THlaZ2uTSh

A thread about @RealKevinConroy – why he meant so much to me and what a special human he was.

I began my pro acting career at 13 in Toronto… pic.twitter.com/z2AZ2sCpl4

Naturally, part of those tributes includes revisiting some of Conroy’s impressive body of work. With that in mind, we’ve put together a list of where you can stream some of his Batman movies and TV shows in Canada. Of course, this doesn’t account for his entire 30-year career as the Caped Crusader, or his other work, such as early stints on Broadway or his heartwarming 9/11 volunteer efforts. Hopefully, though, this will make it a bit easier to celebrate a man who touched so many.

Note: the prices listed below are for HD versions of content; SD versions will, of course, be a bit cheaper.

All three seasons of the classic series that kicked off Conroy’s iconic tenure as Batman are streaming on:

Fittingly, Conroy and Batman: The Animated Series served as the foundation for a larger DC Animated Universe (DCAU), and, from there, we got Superman: The Animated Series. Multiple Batman and Superman crossovers were featured in STAS and The New Batman Adventures (see below), including, most prominently, the three-part “World’s Finest” team-up between the two icons.

Best of all, STAS is included with Teletoon+ (5.99/month with a 30-day free trial), like several of the other shows, so you get more Conroy Batman as part of the same Amazon Prime Video channel.

Unfortunately, this one-season continuation of BTAS isn’t actually included with any streaming service. Instead, you can purchase it individually on premium video-on-demand (PVOD) platforms like iTunes ($24.99) and Google Play ($21.49).

This excellent cyberpunk successor to BTAS features sees Conroy play an older, wearier version of Bruce Wayne as he serves as mentor to a new Dark Knight, Terry McGinnis.

Sadly, Batman Beyond isn’t actually on a Canadian streaming service, so you’ll have to go with PVOD platforms. For the complete series, it’ll cost $50 on iTunes and Google Play.

BTAS and STAS helped pave the way for an excellent team-up series, Justice League, in which Conroy’s Batman features prominently as one of the seven core members of the team.

As with Batman: The Animated Series, Justice League is available on:

Like its predecessor, Justice League Unlimited is available on:

Conroy made his long-awaited live-action debut as an alternate universe Bruce Wayne in the CW’s five-part Crisis on Infinite Earths crossover event, which spanned Arrow, The Flash, Supergirl, Legends of Tomorrow and Batwoman. Specifically, Conroy appeared in the Batwoman episode (“Part Two”).

Oddly, Batwoman is only streaming on Vidéotron’s Club Illico service, which starts at $10/month. Otherwise, you can buy Conroy’s episode individually for $3.49 on iTunes and $1.99 on Google Play.

Batman: Mask of the Phantasm

One of the greatest Batman movies of all time is an animated one. Based on BTAS, this classic follows Conroy’s Batman earlier in his career as he falls in love while facing off against a new villain, the Phantasm, and the Joker.

Unlike much of the other DCAU projects, Mask of the Phantasm is actually streaming on Crave, which costs $19.99/month.

Batman Beyond: Return of the Joker

Another outstanding animated Batman film, Return of the Joker sees Terry and Bruce as they try to stop the Joker, who was believed to be dead.

While Return of the Joker isn’t included with any Canadian streaming service, it can be rented on iTunes and Google Play for $4.99.

Interestingly, this anime anthology was intended to be set between Christopher Nolan’s Batman Begins and The Dark Knight, but it features Conroy instead of Christian Bale.

You can rent Gotham Knight for $4.99 on iTunes and Google Play.

This animated movie has added significance as it served as a spiritual successor of sorts to Justice League thanks to many of the return of many voice talent, including Conroy, as well as it being the last written work from late series writer Dwayne McDuffie. Conroy’s Batman plays a pivotal role here, too, as we find out that contingency plans he made to take down the Justice League have been stolen by the villainous Vandal Savage.

You can rent Justice League Doom for $4.99 on iTunes and Google Play.

If you want more DCAU reunions, these next two movies are for you.

Apocalypse, meanwhile, is a standalone sequel that sees Batman, Superman and Supergirl teaming up to face Darkseid. You can rent Superman/Batman: Apocalypse on iTunes ($4.99) and Google Play ($3.99).

As mentioned, Conroy also played Batman in a variety of games. The biggest of these, of course, is Rocksteady’s critically-acclaimed Arkham trilogy:

Conroy also starred in the two Injustice games, which are available on PS4, Xbox One and PC.

Every hero has an origin story, this is his.

As a tribute to the incredible Kevin Conroy, we’ve made his personal FINDING BATMAN story from DC PRIDE 2022 free-to-read on #DCUNIVERSEINFINITE: https://t.co/wz7WBdJCOl pic.twitter.com/hP6uHAXxXx

Earlier this year, DC Comics published DC Pride 2022, an anthology featuring stories from a number of LGBTQ+ creators. In this book, Conroy wrote a heartfelt story about his early career struggles as a gay man and how they ultimately helped him in his portrayal of Batman.

Following Conroy’s passing, DC has made the entire DC Pride 2022 collection available for free through its DC Universe comic reading site and app.

Evidently, Kevin Conroy and Batman are inseparable. The influence that he had on the character was profound, and his loss is deeply felt among fans, especially the many that grew up with him in Batman: The Animated Series. For so many, he was Batman, and he will be forever missed.

Which are your favourite Conroy Batman projects? What did his Batman mean to you? Let us know in the comments.

How Parag Agrawal forced Elon Musk to buy Twitter and walked away with $42 million after getting fired- Technology News, Firstpost

The data paradox – are we getting the value from our investment in data analytics? Hashtag Trending, the Weekend Edition for November 5th, 2022