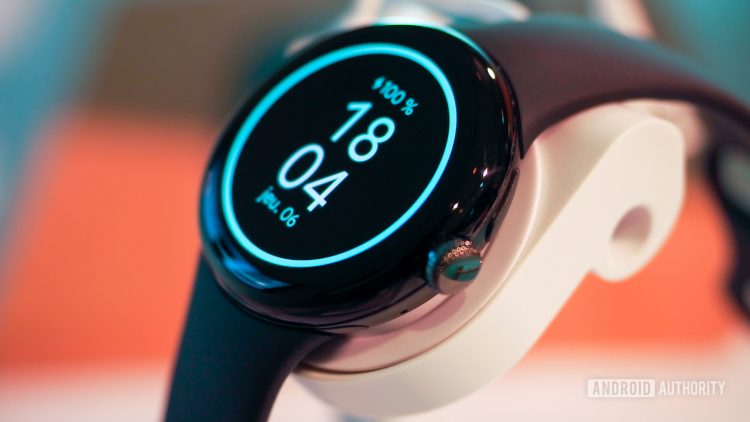 After years of speculation and seemingly endless rumor, customers can now get their hands on the Google Pixel Watch, announced alongside the new Pixel 7 series. The company’s first smartwatch worthy of the Google logo hopes to offer a quintessential Google experience on the wrist, with a dash of Fitbit’s fitness tracking and Wear OS app support. But if you weren’t rocked to your core by the Pixel Watch at launch, there are plenty of other stellar smartwatches to consider. Below, we round up the best Google Pixel Watch alternatives you can buy right now.

The Google Pixel Watch isn’t particularly unique in its smart or fitness feature set, but before buying any product it’s important you ask one question: What do you want from your smartwatch?

Do you chiefly require a smart wrist companion that can run plenty of apps and packs additional utility, or something that’ll augment your exercise experiences? Realistically, the Google Pixel Watch should serve both sets of users, but it’s by no means the best smartwatch in either category.

If you’re specifically interested in the “smart” aspect of the smartwatch, look for a watch with a large OLED screen, an OS, and additional cellular connectivity options. These will allow you to get the most from the smartwatch-smartphone experience.

Runners, gym-goers, and more active users should look for built-in GPS, an array of sport tracking modes and metrics, and reliable sensors. These will help you to maximize your effort while pumping iron or eating up the miles.

Rugged, refined, and ready for adventure.

The Galaxy Watch 5 smartwatch offers a bigger battery, and this increase, Samsung claims, leads to ten extra hours of battery life. It supports Google Assistance and Google Maps navigation, and the health-tracking updates are outstanding.

Samsung’s latest smartwatch doesn’t bring any revolutionary features to the table, but it does further polish the already excellent formula used by the Galaxy Watch 4. The Galaxy Watch 5 retains plenty of its predecessor’s features, including the chipset, primary health tracking kit, and design. However, buyers will appreciate the tougher body and sapphire face, the larger battery, and the new skin temperature sensor.

Like the Pixel Watch, the Galaxy Watch 5 runs Wear OS 3.5 with One UI Watch providing a more Samsung-like look and feel. This means most of the Google services and apps available to Google’s smartwatch will run without issue on the Galaxy Watch 5. You also get the added bonus of Samsung features if you’re partial to the Korean company’s other products.

While there’s plenty to like about the Galaxy Watch 5, there are some downsides. For one, some features are only available to those running a Galaxy smartphone, including the ECG and blood pressure reader. The skin temperature sensor has also yet to be activated, and it’s unclear when Samsung will switch it on.

If you can look past the awkward Samsung oddities, the Galaxy Watch 5 is the best Wear OS experience you can have. And the real kicker is its price. It’s much, much cheaper than Google’s new challenger.

Doing just enough to stay ahead of the competition.

The Apple Watch Series 8 with Wi-Fi connectivity features a temperature sensor to monitor body variations and get better insights into women’s cycles. Apple designed the series 8 with a thick front crystal and a robust geometry to be more resistant, and the case is made of 100% recycled materials.

Another case of evolution over revolution, the Apple Watch Series 8 brings minor improvements to the Series 7’s package. The latest edition includes all the fan favorites seen in the last model, like the tougher and larger screen and slimmer bezels.

There are some new features never seen on an Apple Watch before. You’re getting a skin temperature sensor that informs smarter fertility cycle monitoring, more intuitive sleep tracking, and a low power mode that ekes out 36 hours of battery life from the refreshed chipset.

Of course, the Apple Watch line will never be a true alternative for Android smartphone users. You’ll need an iPhone to use the company’s watches. This automatically makes it a tough recommendation as a true Pixel Watch rival. However, if you are already invested in the Apple ecosystem, there’s no need to look over Google’s fence.

See also: Apple Watch Series 7 vs Series 8: Should you upgrade?

Garmin is trudging into true smartwatch territory with the Venu 2 Plus.

The Garmin Venu 2 was nearly crowned our favorite wearable of 2021. Its accurate fitness- and health-tracking features, as well as the company’s revamped software, made for an overall compelling package. But Garmin watches tend to fall far behind the competition when it comes to “smart” features. You can install third-party apps and watch faces, but there’s traditionally been no support for voice assistants, phone calls, or other smartwatch staples.

The Garmin Venu 2 Plus is the best Garmin smartwatch you can buy right now. On the surface, you’re getting a classically gorgeous watch with a bright OLED screen and typically solid build quality. But the Venu 2 Plus’ real allure lies beneath its skin.

It builds on the already excellent Venu 2 recipe which features the company’s remarkably accurate Body Battery energy meter, stellar sleep tracking, and Health Snapshot, in addition to smart fare like mobile payments and onboard music storage and streaming. If you’re wondering what the “Plus” is all about, it signals the addition of voice assistant support for whatever is used on your smartphone and support for taking calls on the wrist. These two minor additions make the Venu 2 Plus a much more useful smart companion.

It doesn’t solve all of its problems, though. Garmin’s biggest weakness remains its lack of app integration compared to the likes of Wear OS. The Pixel Watch should have a leg up there. It’s also particularly pricey when compared to its contemporaries, starting at $449. It’s unlikely you’ll find a more complete smartwatch experience anywhere else, so that premium is well worth paying.

Our verdict: Garmin Venu 2 Plus review

The Fitbit Sense delivers on the basics, but it’s clear some features need more work.

The Fitbit Sense is Fitbit’s flagship health-focused smartwatch. It has built-in ECG, GPS, and heart rate sensors, plus a new EDA Scan app that measures your body’s stress levels. This is by far Fitbit’s most advanced health watch so far.

The best Fitbit smartwatch you can buy is also the most affordable alternative for serious Google Pixel Watch buyers. This wasn’t always the case, but the Sense’s relatively recent price drops put it well within reach of most buyers and makes it a sensible value offering.

So, what can it offer that the Pixel Watch can’t? While the Pixel Watch has Fitbit software onboard, it lacks some of the Sense’s health tracking hardware. For starters, the Sense features an EDA sensor that allows for more accurate stress monitoring. You’re also getting a skin temperature sensor that keeps tabs on your baseline temp while asleep. It’s particularly handy for monitoring a fever, too. Speaking of sleep, the Sense lands with Fitbit’s stellar shuteye tracking and a host of tracking modes for enthusiastic sports people.

As for the “smart” experience, the Sense is found wanting. While it supports Google Assistant and Spotify from the wrist, it lacks support for a host of apps and services.

If you’re wondering why the newer Fitbit Sense 2 doesn’t make the cut, the answer lies in its stripped-down smart feature list. No Google Assistant support and the lack of third-party apps are just two negatives that make the Sense 2 feel more like a fitness tracker than ever before. Its predecessor is by far the better smartwatch.

The Mobvoi TicWatch E3 is a better Wear OS smartwatch than it is a fitness companion.

The Mobvoi TicWatch E3 is perhaps a better smartwatch than it is a fitness companion thanks to less-than-perfect tracking abilities. The Qualcomm Snapdragon Wear 4100 platform and solid battery life together, however, make the E3 a decent wearable that covers the essentials with ease.

The Ticwatch E3 might not be an obvious Pixel Watch alternative, but it is in line to receive an update to Wear OS 3 at some point this year. With this in mind, we think this might be the best bang for your buck if you want a pure Wear OS smartwatch.

So what does the Ticwatch E3 have going for it? It’s pretty attractive and can challenge the Pixel Watch on aesthetics alone. You’re also getting a bright 1.39-inch OLED screen, an IP68-rated body, and the usual Wear OS fare. Hilariously, you’ll also find a more modern chipset in the Ticwatch E3 than in the Google Pixel Watch. The cherry on top is its two days of battery life per charge thanks to the larger battery.

However, we should stress that the Ticwatch E3 does come with its fair share of negatives. For one, we don’t recommend it as a fitness tracker, as its sleep and general activity tracking is disappointing. There’s also no word when the Wear OS update will land. Buying this watch before the update is a risk, but if you don’t have an extra $150 to spend on a smartwatch for a pure Wear OS experience, this is a gamble worth considering.

Fitbit has launched a good fitness tracker at a very high price. The question is: why?

The Fitbit Charge 5 is a major update from its predecessor. Not only does it have a color AMOLED display, it’s the first tracker to come with Fitbit’s Daily Readiness Score — a feature that aims to predict how much activity or rest you should take on for the day.

If you were only interested in the Google Pixel Watch’s Fitbit features, there’s no need to spend $350 to get them. The Fitbit Charge 5 should suit you just fine. Fitbit’s premier fitness band comes prerolled with an ECG, an EDA sensor for stress monitoring, and a skin temperature sensor. In essence, it’s a more slender, cheaper Fitbit Sense.

The Charge 5 isn’t infallible, though. You forego an altimeter, which makes it a less attractive prospect for hikers. The GPS performance, heart rate accuracy, and battery life have all come under scrutiny from users online. Battery life, which is usually a Fitbit strength, is something of an issue on the Charge 5.

However, we think you can look past these problems when you factor in its regular appearance in stock dump sales and its current low list price.

That’s it for our list of Google Pixel Watch alternatives. We’re only just scratching the surface of what’s available. If you’re looking for a left-field pick or something that fits your niche, browse the honorable mentions below.

How much does the Google Pixel Watch cost?

The Google Pixel Watch starts at $349 for the Wi-Fi model and $399 for the LTE alternative.

Yes. The Pixel Watch runs a pure version of Wear OS 3.5. It’s the same OS you’ll find on the Samsung Galaxy Watch 4 and 5, although Samsung skins the OS with its One UI Watch overlay.

Can the Google Pixel Watch work with iPhones?

No. You can only use the Pixel Watch with an Android phone. It seems unlikely that Google will bake in iPhone support to the Pixel Watch series. However, the Montblanc Summit 3 proves that Wear OS 3.5 has the ability to connect to iPhones.

Is the Google Pixel Watch waterproof?

The Google Pixel Watch has a 5ATM water resistance rating, which means you’re safe up to depths of 50 meters.

Do I need a Pixel phone to use the Google Pixel Watch?

No, but you’ll need an Android smartphone running at least Android 8.0 to use the Pixel Watch.