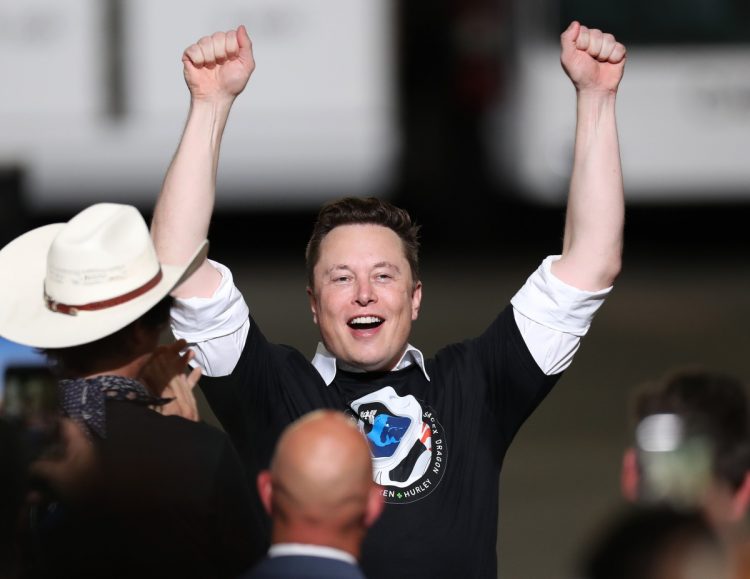 Hi all! Welcome back to Week in Review, the newsletter where we quickly sum up some of the most read TechCrunch stories from the past seven days. The goal? Even when you’re swamped, a quick skim of WiR on Saturday morning should give you a pretty good understanding of what happened in tech this week.

Want it in your inbox? Get it here.

Stadia’s death: Devin opined on the recent Stadia shutdown, saying the shocking demise of the gaming service was the fault of one entity alone: Google. He writes: “No one trusts Google. It has exhibited such poor understanding of what people want, need and will pay for that at this point, people are wary of investing in even its more popular products.”

This Week in Elon Musk: First he stepped in it when he waded into the Russia-Ukraine war with his version of a peace plan that Connie characterized as not very well-received. And then he finally said he’d buy Twitter after all. Twitter told us that the “Musk parties” sent them a letter expressing the billionaire’s intention to go through with the purchase, provided the trial between the two, which was scheduled to start October 17, did not take place. As Taylor and Harri said in their story, however, “given Musk’s chaotic nature, it’s possible that another wrench could be thrown into the works.”

Fizz to the “next Mark Zuckerberg”: An app created by former Stanford students to limit social isolation across college campuses received a $4.5 million round this week. The founder, a Stanford dropout, “set out to build an app by college students, for college students, seeking to help his fellow classmates feel less lonely and form meaningful connections on campus.”

Google on your Lock Screen: iOS 16 users aren’t limited only to Apple widgets on their new Lock Screens. Google made good on its promise to make its apps available as widgets for quick access. Gmail, Google News, Drive and Chrome are now available, with Search and Apps coming.

Edu breach: In what appears to be the largest education breach in a while, hackers released a cache of data stolen during a cyberattack against the Los Angeles Unified School District.

Didn’t have time to tune in to all of TechCrunch’s podcasts this week? Here’s what you might’ve missed:

What hides behind the TechCrunch+ paywall? Lots of really great stuff! It’s where we get to step away from the unrelenting news cycle and go a bit deeper on the stuff you tell us you like most. The most-read TC+ stuff this week?

Five key IP considerations for AI startups: Early-stage startups are creating new AI-based solutions but might not know whether the tech can be protected and the best way to do it. In this post, Eric L. Sophir, IP partner at law firm Foley & Lardner LLP, and Matthew Horton, senior counsel and IP lawyer at law firm Foley & Lardner LLP, provide guidance for young companies.

Vori’s pitch deck: Haje brings you another pitch deck teardown, this time from Vori, which raised to a $10 million Series A. Want your pitch deck featured on TC+? Here’s more information. Also, check out all our Pitch Deck Teardowns and other pitching advice, all collected in one handy place for you! In on this?

Why does WhatsApp ban accounts and how to prevent it

How some US-based companies are turning deceased humans into compost- Technology News, Firstpost