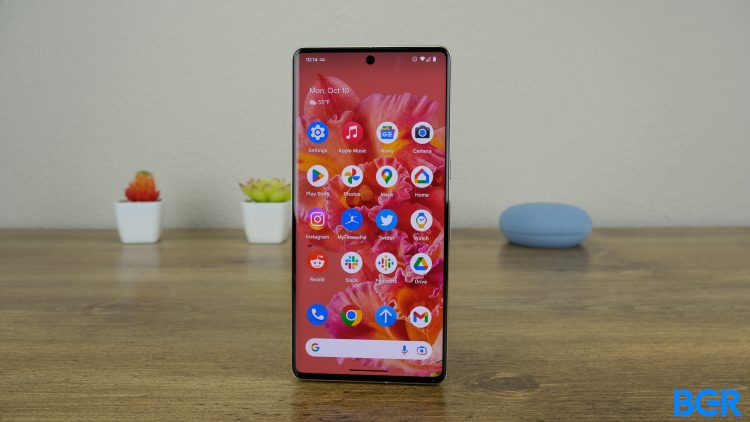 Google unveiled the Pixel 7 series last week, confirming every sort of rumor we had heard in all of 2022. The Pixel 7 and Pixel 7 Pro are worthy iPhone rivals like their predecessors and feature even better price points than Apple’s devices.

Google kept in place the $599 and $899 price structure of the Pixel 6 series. Therefore, the Pixel 7 and the Pixel 7 Pro are cheaper than their direct competitors from Apple. But Google isn’t just happy undercutting the iPhone 14 and many Android flagships. The company is looking to convert iPhone users to Pixel 7 by boosting the trade-in payments for your current iOS handset.

A $599 flagship phone practically sells itself in this economy. Add the preorder deals from Google and other electronics retailers, and the Pixel 7 is a no-brainer for those people who are platform agnostic. The same goes for Android fans looking for a pure experience.

Switching from iPhone for the Pixel 7 might be too complicated if you’re already well-entrenched in Apple’s platform. Ditching iMessage alone might be a big problem.

That might explain why Google is boosting its payouts to lure iPhone owners. Per 9to5Google, the Google Store is paying up to $1,055 for your old iPhone.

The 128GB iPhone 13 Pro Max can get you a $900 trade-in value, which is good enough to cover the cost of the 128GB Pixel 7 Pro. You can get the maximum payout if you trade in the 1TB model. But Google only offered $750 for the cheapest iPhone 13 Pro Max during preorders last week.

The bumped-up rewards target iPhone users, as Google is ready to pay to get new Pixel consumers.

If you traded your iPhone for a lower value last week, you might need to reach out to Google and see how that can be fixed.

The new iPhone SE 3 also nets you $440, which is more than a brand new 64GB model costs. And your used iPhone SE 3 can’t possibly be worth more than the $429 sticker price.

But, again, Google is really looking to steal market share from Apple, a very challenging battle to fight. Whether you trade in from iOS to Android or not, this Pixel 7 deal is certainly great news for competition in this crowded industry. And Google is one of the best-placed companies to put some pressure on Apple.

If you’re still deciding whether to buy a Pixel 7, you can read our Pixel 7 review and our Pixel 7 Pro review.

TikTok takes on Amazon, plans to launch live shopping in the US with Amazon-like fulfilment centres- Technology News, Firstpost