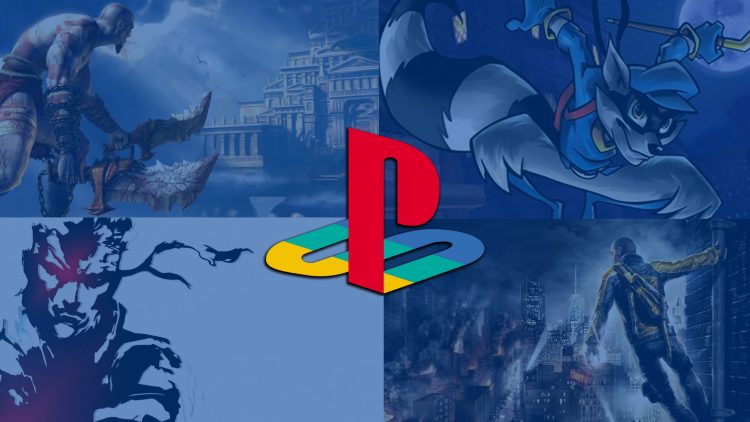 We are living in a world of remakes — everything that is old is new again. Except here’s the thing, not every remake is warranted. While some remaster/remakes are retellings of vital classics that have not been revisited in decades, the gaming industry has seen a recent trend of games that are still relatively new getting the remake treatment.

Amongst some of the worst offenders of this digital offence is console giant PlayStation. In recent months, PlayStation has seemingly made a renewed effort centred on its remake strategy. First, The Last of Part I hit PS5s across the world, allowing gamers to dive back into the 2013 Naughty Dog classic. This latest retreading of Joel and Ellie’s story marks the second time the game has received a new console release in less than ten years, prompting some to question why exactly we needed this.

Then rumours began to spring up that yet another PlayStation Studios hit was getting the TLOU Part I treatment. Recent whispers pointed to Horizon Zero Dawn receiving a PlayStation 5 remaster. The 2017 Guerilla Games RPG is only five years old at this point, yet Sony seemingly wants gamers to buy another full-price version of the title on their new next-gen consoles.

So with Sony seemingly tackling all the wrong titles for PS5 re-releases, here are eight PlayStation games that are actually deserving of a full-fledged remake.

First up on this dream remake list is Twisted Metal. Back on the PlayStation 1, this car-combat game took over living rooms as gamers battled it out alongside the game’s colourful cast of characters.

While a revival of the franchise came and went on the PS3, now is the perfect time to bring back the original for the modern day. Twisted Metal is as ready-made for online multiplayer as it comes. So if a remake were to happen, the ability to take on opponents across the world would be a must. It might be a deeper cut than some other names on this list, but one that would be welcomed by longtime PlayStation fans.

Next up, and one of the more likely games to reappear, is God of War. No, we are not talking about Kratos’ latest jaunt through the world of Norse mythology. This would have to be the 2005 PlayStation 2 original. With God of War (2018), Sony Santa Monica captured a contingent of fans who would have never thought to give the series a try.

So, with a remake of the original, Sony could give gamers the chance to take in Kratos’ first adventure going up against the Greek gods. Of course, it would make sense to translate the title to something more akin to the series’ more recent entries. It could do away with the fixed camera Devil May Cry-style action, going to the more modern over-the-shoulder third-person model. And with the future of the franchise a little murky after God of War: Ragnarök, now feels like the perfect time to go back to the beginning.

Of Sony’s classic mascot platformers, Sly Cooper is the one that has mostly been left in the dust. While the likes of Crash, Spyro, and Ratchet have come back into the spotlight, the Thievius Racconus has remained in the dark. Aside from a sequel in PS3 and Vita, as well as a collection of the original trilogy, this platformer has not been revisited in quite some time.

Maybe a full-fledged Sly Cooper 5 isn’t in the card, but why not remake the original and let Sly fans celebrate something? The 3D platformer has found a new niche in recent years, so bring back our boy Sly!

This next one will be a little pie-in-the-sky, but you gotta shoot your shoot when you get the chance. The next PlayStation game that needs to be in the remake conversation is ModNation Racers. This oft-forgotten PS3 Mario Kart rip-off took the LittleBigPlanet formula of “Play, Create, Share” and applied it to the world of kart racers. It was surprisingly solid.

Aside from abysmal load times, this was a standout multiplayer game for those who gave it a chance. Now with online infrastructure being what it is, and the incredibly fast loads on the PS5, it feels like it might finally be time for ModNation Racers to shine. And we don’t even need a full new game — a remake of the original will totally do.

Before Naughty Dog’s The Last of Us got the PS5 remake treatment, rumors were swirling about a potential modern rebuild of the original Uncharted. The idea was to take Drake’s Fortune (released in 2007) and completely rebuild it from the ground up. And honestly, it doesn’t sound like too bad of an idea.

Uncharted and Naughty Dog have come so far since that first outing on PS3. Remaking Nathan Drake’s first adventure could offer up the chance to implement all the gameplay and graphical improvements found in Uncharted 4. Drake’s Fortune is starting to show its age, so an effort like this could help modernize a game that could eventually get lost in time.

With the bells and whistles present in the PS5, an Infamous remake could really take advantage of the hardware. Ray-traced reflections would pop with Cole’s electricity-based abilities, and think of the sort of haptic feedback that could be possible in the DualSense when using the Infamous powerset.

Younger PlayStation fans may have no idea what Syphon Filter is, but believe me when I say the PlayStation 1 classic is more than deserving of a remake. There is an utter lack of stealth-action games right now. The Hitman series is really the only one carrying that stealth torch at the moment. So why not bring back this Metal Gear Solid-esque PS1 shooter?

As of late, PlayStation has prided itself on telling engaging stories with characters gamers buy into. Syphon Filter did that before it was cool, so bringing back Gabe Logan and co. feels like a no-brainer. A fully modern retelling of the original game could be something special, letting us play out our Mission Impossible fantasies on our PlayStation 5.

Rumors of an MGS remake have been swirling for years at this point with the likes of Bluepoint Games supposedly attached to develop the project. Now, a remake of this first game has already happened in Twin Snakes for the GameCube, but with the title so inaccessible at this point, now is the time to bring it back. Metal Gear Solid is a classic for a reason, and there is a whole generation of gamers who are just waiting to experience it for the first time.

This is only the beginning of what could be a near-endless list of games PlayStation should look at for the remake treatment. Fans have made it clear that Sony needs to rethink its remake/remaster strategy. They have a bevy of titles that deserve to be revisited, yet it seems they want to focus on remakes that aren’t necessarily benefitting anyone.

There would be no problem with the console maker going back to the Last of Us or Horizon well if it also meant we were getting things like God of War and Metal Gear Solid. But right now it is only the former with none of the latter.