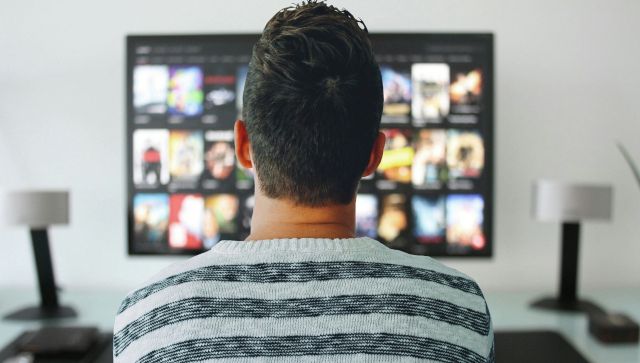 By 2023, a Netflix subscription will be costlier if you share your account with someone. The OTT platform will charge you for sharing passwords. Pixabay

In the age of streaming, sharing your Netflix password brings people closer. But it’s not going to be that easy anymore.

Netflix wants to get rid of freeloaders and has a plan in place for it. Here’s what we know about what’s coming.

The streaming giant has said it will start charging customers for sharing passwords by early next year. It is an attempt to make rogue users pay for the service.

Confirming its decision in a letter to investors, Netflix said that it was moving forward with its plan to “monetise account sharing”. Subscribers will now have to pay an additional fee for sharing account details with users outside their household. This means you can no longer share the password with friends and co-workers as earlier.

Subscribers who want to continue sharing with those outside the household will have to pay for the “sub-accounts” of extra members. Those using a borrowed account can transfer their existing profile information – their viewing history and personalised recommendations – to their subscription, according to a report in TIME.

“We’ve landed on a thoughtful approach to monetising account sharing, and we’ll begin rolling this out more broadly starting in early 2023. After listening to consumer feedback, we are going to offer the ability for borrowers to transfer their Netflix profile into their account, and for sharers to manage their devices more easily and to create sub-accounts (“extra members”) if they want to pay for family or friends,” the company announced in the letter.

So far, Netflix has not revealed how much it will charge for the “extra members”.

Also read: Ads are coming to Netflix: How will this change the streaming industry

The experiment in 3 countries

For years, Netflix was liberal when it came to account sharing. But earlier this year, it started testing how to get shared accounts to pay for the subscription after recording its biggest loss in subscribers.

So if Netflix introduces a similar fee in India, it is likely to cost anywhere between Rs 150 to Rs 250.

In July, Netflix tested a different method in Argentina, the Dominican Republic, El Salvador, Guatemala and Honduras. It established the account’s primary residence as the “home” for the membership and streaming and additional homes would be allowed for two weeks. Once this time is over, the account would be prompted to set up and pay for additional “homes”, reports CNET.

This is not Netflix’s first attempt at clamping down on password sharing. Last year, it experimented with an account verification tool to keep unauthorised users from mooching off of others’ accounts, reports The Verge.

But why the change?

According to a report by Livemint, Netflix believes that sharing passwords is one of the reasons for its slow growth. It lost 12 lakh customers during the first half of 2022. The OTT platform has also been reporting a loss in revenue.

In its April shareholder letter, the company said that it was losing subscribers for the first time in more than a decade. It said that putting a check on password sharing would be a “big opportunity” for revenue growth. The revenue lost due to account sharing affected its ability to “invest in great new TV and films”.

While things have improved in the third quarter for Netflix, it is still far from its past performance. Chief Financial Officer Spencer Neumann said the company is still not growing as fast as it liked. It added 2.4 million subscribers, higher than the one million it had projected the previous quarter.

There will be ads

More changes are in store for Netflix. Last week, it announced that a subsidised subscription option with ads will be introduced in November in some countries.

According to Netflix’s Chief Operating Officer Greg Peters, basic with ads subscriptions will cost $6.99 in the United States, three dollars less than the basic option without ads. “The timing is great because we are at this pivotal moment in the entertainment industry and the evolution of that industry,” Peters said. “Now streaming has surpassed both broadcast and cable for total TV time in the United States.”

Netflix has forecast a gain of 4.5 million subscribers for the fourth quarter with all the changes in store.