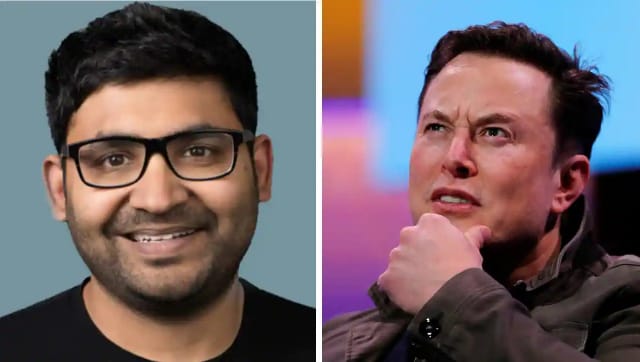 One of the first things that Elon Musk did after taking over Twitter was to fire its top brass. This included CEO Parag Agrawal, CFO Ned Segal and General Counsel Vijaya Gadde and a number of other executives. Furthermore, several reports have emerged that he plans on terminating a number of other people before November 1, so that he can avoid giving stock grants that are due to all employees of Twitter, on November 1.

Elon Musk is saying that the terminations of Parag Agrawal and other executives were “for cause” terminations, and so he doesn’t need to pay them their severance. Image Credit: Twitter & AFP

When Parag was made CEO, he was replacing Jack Dorsey, the founder & CEO of Twitter at that point. Parag’s contract stipulated that Agrawal is entitled to get $42 million from Twitter if he were terminated within 12 months of a change in control as a severance package, some component in the form of a bonus, and all of his wages that were accrued to him.

However, Elon Musk is now looking for ways to avoid paying those severance packages, as per a report by The Information.

A person familiar with the matter told The Information that Musk, while dismissing the executives had cited the reason “for cause” in order to try and avoid severance payouts and unvested stock awards, suggesting he had justification for their termination. Two people with knowledge of the subject told The New York Times the executives were now considering their options.

Basically, what Musk is saying is that his move of terminating Parag, and all other executives, was justified because they had given him the reason to do so, by act or omission and not doing their jobs properly. Often in such cases, employees usually approach the court and file cases of wrongful termination.

If Parag and other Twitter executives who have been fired indeed go to court, and file a case of wrongful termination, Musk will again be embroiled in a long and lengthy legal battle over their severances. It will also be a testament to Musk’s team and their powers of persuasion if they can make this sound justifiable to a group of jurors.

In other news, Musk has apparently asked the remaining executives and VPs of various departments to come up with a list of names of all the people that need to be terminated. Even before musk took over, there were rumours that he would terminate about 75 per cent of the people at Twitter.

Musk hopes to terminate most of these employees by November 1, the end of business hours. This way, he will be able to avoid giving stock grants and stock options to employees that will be accrued to them by the end of November 1.