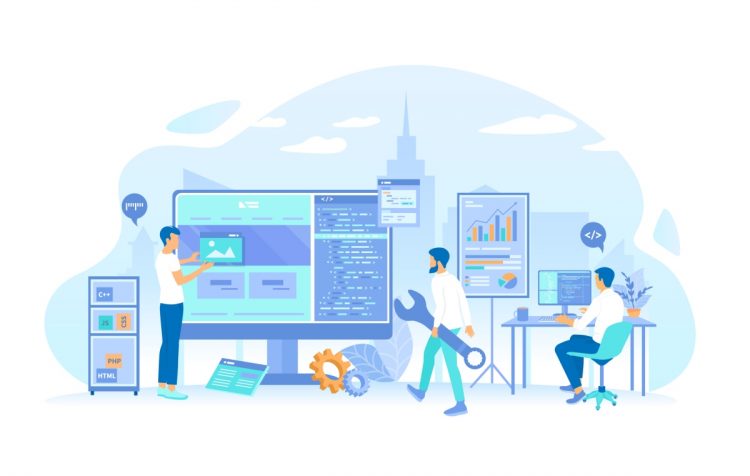 A couple of years ago, Xata founder Monica Sarbu was putting together a passion project called Tupo.io, a platform she was building to help women in tech find mentors. She wanted to include a Postgres database with Elastic search in the Tupo web application, and as a side project, she wanted it to be fairly self-sufficient because volunteers were helping to build and run the site.

As she looked for a serverless database, she realized that there was nothing really out there that met her requirements, and like any good entrepreneur, she started building it. That project would become Xata, a serverless data platofrm that is generally available starting today.

The platform is built from from several open source components including a Postgres database with Kafka for data streaming and Elastic for search. Web application developers, particularly those building Jamstack applications, can simply connect to it through an API and they are good to go.

“What we’ve done is build this data platform for you, so you don’t have to hire a team of developers internally to work on building a data platform. Instead, we built this for you and offer it as a service, and you can access everything you need over an API,” Sarbu told TechCrunch.

She says that companies like Netlify and Vercel have made it simple to build and launch a Jamstack web application in production, but what’s been missing is a simple way to connect to a data platform, a hole that Xata is attempting to fill.

“Unfortunately, what’s missing is the data part. There isn’t really a way to preview and test your data before merging into production. So we want to complete this workflow and offer the best experience for web developers,” she said.

Today, developers typically create this kind of data platform from scratch every time, and the idea with Xata is to have this serverless data platform that reduces all of the complexity related to building it yourself. Sarbu says this lets companies and development teams do more with less, a goal of every organization, especially in today’s economic climate. But more than that, they can also put those limited resources to work building the best application, rather than fiddling with the data stack components.

“There is such a shortage of talent on the market, and everyone is fighting for the few developers. My philosophy is that companies need to build more with less resources. They need to concentrate on building the features that matter for their product, rather than building the [data stack]” she said.

Xata has been in beta, but starting today, it will be generally available to all developers to use. The product includes a free tier to get started with a small project in production, and as the product grows companies can shift to pay plans.

Prior to launching Xata and Tupo.io, Sarbu co-founded a monitoring company called Packetbeat, which was acquired by Elastic in 2015. She launched Xata last year and has raised $35 million, per Crunchbase.