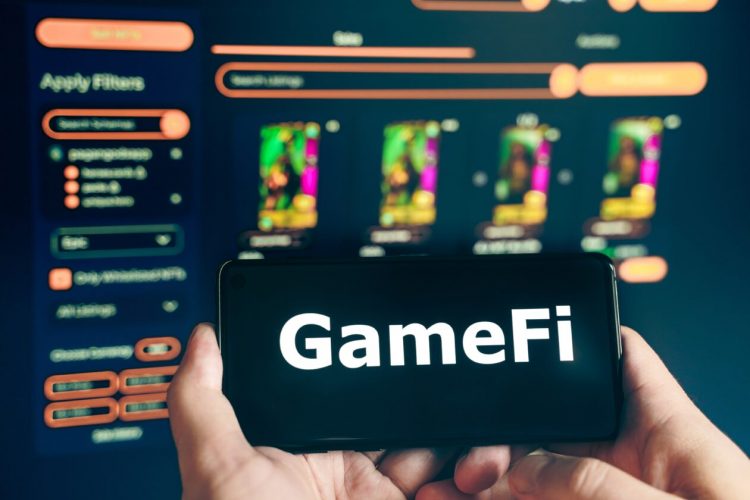 Game Space, a Singapore-based startup that provides emerging blockchain technology to games, will be launching more than a dozen titles before the middle of 2023, according to Livio Weng, an investor in the company.

Weng, who is the former CEO of crypto exchange Huobi Global, told Forkast that its first major launch, an updated version of the game Bless Global, would take place by November.

Bless Global bills itself as the world’s first triple-A level blockchain game, an informal classification usually referring to games with large production and marketing budgets. In this game, props can be minted as non-fungible tokens (NFTs) and traded between wallets.

Forkast’s Ningwei Qin spoke with Weng and Michael Cameron, the cofounder and CEO of Game Space, about the future of their company and of GameFi.

Livio Weng: The company now provides game companies with an SDK portal for accessing the blockchain network, and we help game companies without Web3 experience to build GameFi functions into their games. The game will have an NFT marketplace, a built-in wallet for trading, and an operating system to support the issuance and trading of NFTs.

Qin: Why do games need blockchain?

Micheal Cameron: Basically, what we’re seeing at the moment for GameFi are more decentralized finance (DeFi) elements and less high-quality games, and the shelf life of many current blockchain games is not long.

But look at the Web2 games that have been around for ten [years] or even decades, which usually focus on gameplay and high-quality interactions. These should be the elements that keep the GameFi going on.

Image: Michael Cameron, a cofounder and the CEO of Game Space

I think we have to transform, not just focus on the financial model, but also achieve a great game that people can love and enjoy for a long time. Game Space will aim at focusing on triple-A games to catch up with the trend.

When we think about games, five to 10 years from now, user control of game assets is almost a normal thing, and game companies that don’t jump on this train fast enough will become obsolete.

Weng: As we found, a lot of game companies are interested in GameFi but are on the sidelines at the moment, because the difficulties that Axie Infinity and StepN have encountered make them hesitant.

The reason for the stagnation of these early blockchain games, I call it the GameFi 1.0 era.  One is that we’re amid a bear market. Another is that the design of the games is problematic. They focus on earning too much rather than the play part.

There is a saying in the industry that in the era of GameFi 1.0, it is one Axie Infinity and two thousand of Axie Infinity’s copycats. In earnings-oriented games, the Axie Infinity can be popular for half a year, while the second game can only last for a month and the third game can only hold for a week. The life cycle of the game is getting shorter and shorter.

We see that exploring blockchain is a trend that Chinese gaming companies have started doing. For example, Genshin Impact, even though it is already such a top game, it is still trying to develop in the direction of blockchain.

It has a strong motivation to find a way to overtake in corners. There are a lot of Chinese game companies in a similar situation. We’re negotiating with some of them to work together.

What I want to say is that in the future, with the entry of some large-scale games, more leading game companies will enter Web3.

Qin: How did your collaboration start?

Cameron: Livio originally joined Game Space as a consultant, but then he invested in Game Space. Our past common work experience helped us understand how to make NFTs accessible to Web 2 users, and now what we did was we kind of spun off what we were focused on iBox, which is like boarding Web2 users into Web3 through different channels.

Web2 companies like our partnership with Steam (a global video game distribution platform) that we just did recently onboarding steam users into Web3 making the signup process very easy to understand and to join rather than just throwing private addresses into Web2 spaces.

We also have two other founders who came from iBox and Huobi as well.

Weng: In the last year, to avoid policy risks [China’s crypto ban], Huobi decided to either shut down or sell its NFT marketplace iBox, which had mainland Chinese investors. Finally, we sold iBox to an external company in October and November last year.

I brought up iBox and did the early construction and resourcing. Before selling we had grown the iBox to the largest NFT marketplace in China. It’s a pity to sell it.

But we still kept part of the iBox team. This year, as we saw that Gamefi would have a bigger prospect, with the leadership of Michael, some colleagues from Huobi and iBox who are interested in gaming came over and we formed a new team to work on it.

Qin: What is the composition of Game Space’s team members now?

Weng: Yes, the investors are Huobi Ventures and some veterans of Huobi.

Qin: How many people does the company have now?

Qin: How does Game Space work with game companies?

Cameron: We screen the games to port to blockchain seriously as we don’t want to be a provider of bad games. Otherwise, we’re partly to blame, and it hurts our reputation.

In terms of screening games, we need to consider aspects such as the user bases, and the proportion of daily active users. We have an operations team inside that will play the game, and validate whether or not the game is quality.

Weng: Game Space will use a score sheet to rate the game’s playability, art, and genre. In terms of game genre, MMORPG games with a growth system are more suitable than MOBA [multiplayer online battle arena, like League of Legends] or SLG games [simulation game, like Clash of Clans].

The quality of the game’s graphics is also very important.

GameFi requires the game to have a very balanced numerical setup. The numeric refers to the strengths and weaknesses of characters and props in a game. They must be relatively balanced, and no one character or prop can dominate. If the numerical setup is not so balanced, the flaw will be zoomed in GameFi.

In addition, the tokens and NFTs in the game need to have a large enough consumption, so as not to cause an oversupply in a short time and cause the price plunge.

Qin: What countries will be more interested in blockchain games?

Cameron: With the game of fight and the play-to-earn model, we’ve got countries like Indonesia, the Philippines, India, and Thailand. These countries definitely have a huge adoption rate.

The PFPs (Profile Pictures, digital art pieces traded on blockchains, like Crypto Punk or Bored Ape Yacht Club) are preferred by countries like the US, China, and Japan at the moment. And that’s something that we focus a lot of our attention on.

Weng: A considerable part of the existing blockchain games are produced by Chinese teams. They just handed over the publishing work to overseas teams. In fact, the blockchain games launched by crypto exchanges this year are actually from the teams in Guangzhou, Shenzhen, Beijing and Chengdu.

In recent years, there have been a lot of Chinese companies developing business overseas. One reason is that China has significant restrictions on the publication of games, which forces companies to develop in overseas countries.

[In China, the National Press and Publication Administration controls the publication of games. The administration had twice suspended approval of new game releases in 2018 and 2021, which resulted in the insolvency of many game companies.]

Chinese game practitioners are very hardworking and habitually work 996 [China’s overtime culture, referring to starting work at 9 am and finishing at 9 pm, working six days a week]. This is true for several game companies we work with.

The teams in China have a huge advantage in game development speed, which is difficult to replace by other countries. In fact, the export capacity of China’s games can account for 60% to 70% of global game exports. This may subvert the impression of most people. Most of our customers are still Chinese game companies, which is why we set up offices in China. But we don’t work directly with users in China.

Interviews have been translated, condensed, and lightly edited.