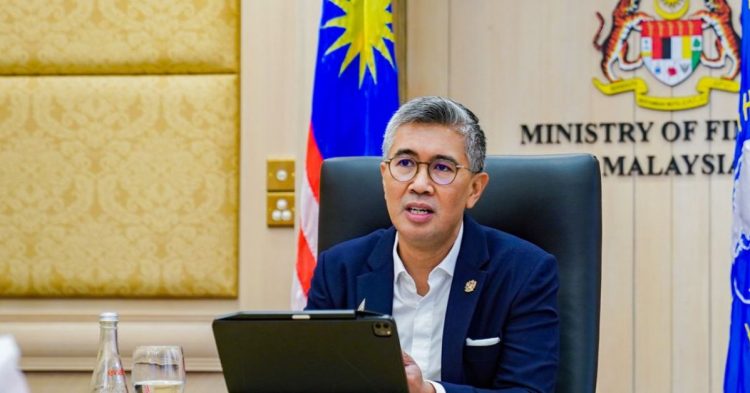 Here are the key takeaways from the tabling for entrepreneurs and SMEs in Malaysia.

There will be a 2% tax reduction for micro, small, and medium enterprises (MSMEs) for the first RM100,000 in earnings. This means the rate will be reduced from 17% to 15%.

3. One-off grant to all registered MSMEs

Registered MSMEs and taxi drivers will be eligible for a one-off RM1,000 grant.

With a total allocation of RM1 billion, this is an initiative that is expected to benefit a million people.

4. Support to automate and digitise SMEs

RM10 billion in funds from Bank Negara Malaysia will be provided to SMEs. This will go towards automation and digitisation efforts.

RM45 billion will be allocated for the Semarak Niaga Keluarga Malaysia, an RM5 billion increase from last year.

This includes an RM1.7 billion micro-loan fund. Included in that is an allocation of RM350 million for the Penjaja Kecil Keluarga Malaysia scheme and RM150 million for Bumiputera businesses.

RM200 million is prepared for business loans of Chinese entrepreneurs, with interest rates as low as 4%.

Through iTEKAD, a blended social finance programme by Islamic banks, the government is allocating RM10 million that will be matched by financial institutions via zakat payments and cash endowments.

Via TERAJU, a fund of RM135 million will go towards financing facilities for Bumiputera entrepreneurs.

RM200 million will also be provided under Perbadanan Usahawan Nasional Berhad (PUNB) to provide financing and entrepreneurship development programmes for Bumiputeras in the retail and distribution trade sectors.

The government is providing a total of RM305 million through the Penjaja Muda scheme to encourage youth entrepreneurs.

The government will bear the taxi, bus, and e-hailing licence fees under the MyPSV programme. It will also bear the fees of driving tests for motorcycle licences (B2 Class).

The TEKUN Youth Mobileprenreur Scheme will also continue with a fund of RM10 million to support young Malaysians working as delivery riders on motorcycles.

Come April 2023, there will also be a Malaysian Family Youth Package whereby youths can get three months’ worth of pre-paid internet data plan for RM30.

Individuals aged 18 to 20 can also expect the return of e-Pemula, this time with an amount of RM200.

SOCSO will give incentives to employers hiring youths (aged 18 to 30) who have been unemployed for more than three months.

The incentive is also extended to employers who hire graduates of Technical and Vocational Educational Training (TVET).

SOCSO will further provide from RM600 to RM750/month of incentives to employers who hire persons with disabilities, Orang Asli, ex-convicts, and women returning to work. The incentive will only be given for three months per employee.

Incentives will also be provided to veterans as well as employers and private sector agencies who replace foreign workers with local workers.

There will also be additional tax deductions for employers who hire former residents of The Henry Gurney Schools, shelter homes, juvenile detention centres, and those who’ve left JKM.

To support gig workers such as food delivery riders, fisherman, artists, and more, the government will bear 80% of the contributions.

An increase from the existing RM60,000 limit, Employees Provident Fund (EPF) contributors will be able to make voluntary contributions up to RM100,000 yearly.

12. Continuation and improvements for i-Saraan programme

i-Saraan, a retirement incentive programme for the self-employed, will be extended for the next year.

RM30 million will be allocated to improve it with the aim of benefiting 100,000 people. This was a similar budget given to last year’s initiative.

The matching contribution will be increased from RM250 to RM300.

Through the Business Financing Guarantee Company, a guarantee limit of up to RM9 billion will make it easier for SMEs to get financing. This will be targeted at strategic industries such as agrofoods, sustainable technology, tourism, and oil and gas.

In promoting the production and purchase of goods and local services, the government will be allocating RM59 million to increase digitisation and automation efforts. This will be done through e-commerce activities via MATRADE, MARA, and MDEC.

To support the development of local startups, RM50 million will be going to Cradle Fund, the coordinating agency of Malaysia’s startup ecosystem. This is more than double the RM20 million allocation for Cradle Fund last year.

As such, DE Rantau will provide six new locations including 2,000 short-term rental accommodations known as Digital Nomad Hubs next year.

17. The introduction of a innovation hub

The government is providing an initial allocation of RM18 million for the MRANTI Technology Park, which is designed to be a world-class innovation hub with clusters such as health technology and smart products.

18. A multi-tiered levy for foreign workers

Companies with a high number of foreign workers such as those in the plantation and construction sectors will be charged a higher levy rate.