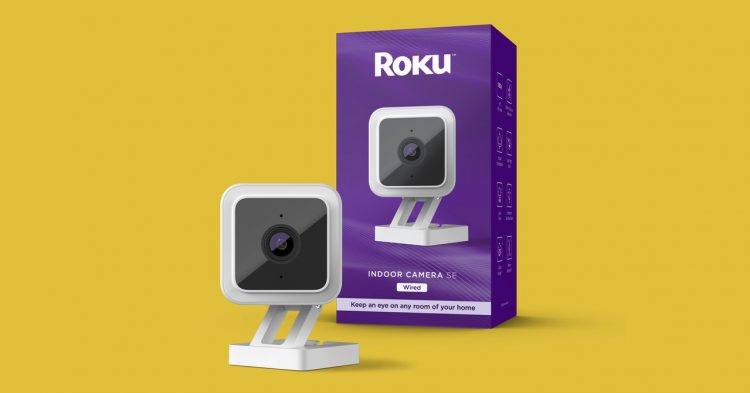 When you think of a Roku, you probably associate the name with television—whether you think of one of the company’s affordable streaming dongles, television sets, or even its streaming platform. Today, however, you can watch a Roku in a whole new way. The company announced that it is partnering with Wyze, a smart home camera manufacturer, to produce an affordable line of smart home products.

Roku will launch 10 products. These will include indoor and outdoor smart plugs and smart lights, and, fittingly, considering the partnership with Wyze, a series of five cameras. There will be a basic indoor and outdoor camera cube, as well as an indoor panning camera, a floodlight camera, and a video doorbell. With the exception of the doorbell, everything will be available on October 17 from Walmart and Roku’s own site; Roku has informed WIRED that the doorbell will be launching soon.

While the lights and plugs are attractively priced—the plugs will retail at $9 and $15, and the bulbs and light strips will be $7 to $45—the star attraction is the camera lineup. Not surprisingly, they look nearly identical to Wyze’s.

The major difference lies in the operating system and the subscription model. Roku’s cameras are aimed at customers who already use one or more Roku devices. If you own a Roku, you can download the new Roku Smart Home app, which is available on iOS and Android and is separate from Roku’s streaming app.

Once you’ve connected your cameras to the app, you can pull the live feed up on your TV or use your voice remote to look at it. The Roku Smart Home app includes data encryption and two-factor authentication (although we think it’s worth noting here that Wyze left a security breach unfixed and unannounced for three years until earlier this year). The cameras come with a free 14-day subscription trial, and afterward it costs $3 per camera per month.

This pricing strategy is similar to Wyze’s Cam Plus subscription, which costs $2 per month per camera. However, it differs from other video camera subscription plans, like Nest Aware, which cover all cameras in your household. You can still use the camera without the subscription, but you won’t be able to customize your alerts, and it won’t include cloud storage.

With this partnership, it appears that Roku is banking on the same calculus that many a smart home manufacturer has taken before: that once a customer has bought a device in one ecosystem, it becomes harder to leave. Did you buy an affordable and surprisingly great TCL television? Then you should probably get the light strips and cameras that work with it! And monitor your house from your TV instead of checking your phone.

Roku’s and Wyze’s products are generally simple, affordable single-use smart home devices. But it remains to be seen whether this strategy will be effective given that other manufacturers—Amazon, Apple, and Google, among others—are moving toward a smart home standard that will allow customers to use whatever smart home devices they want, together.

Either way, anyone with a Wi-Fi connection should be able to operate their smart home with a degree in computer science, or an infinite amount of time and patience.