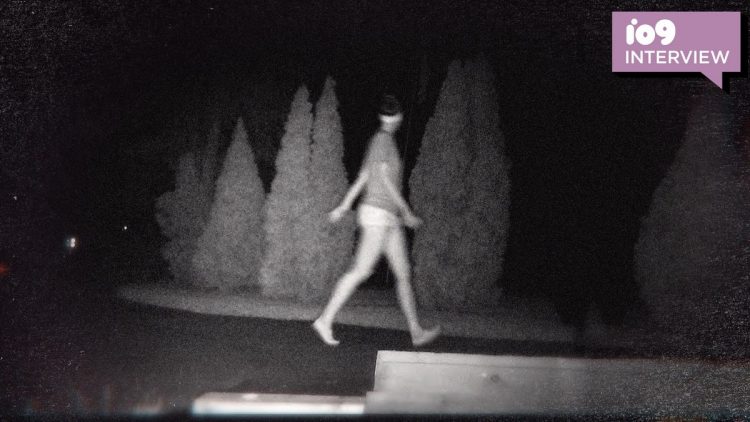 Get ready to have one of the most iconic theme songs of all time stuck in your brain again: cult-beloved series Unsolved Mysteries, which enjoyed a hit revival in 2020 on Netflix, returns to the streamer next week with even more perplexing cases to keep you up at night.

io9 spoke to co-creator Terry Dunn Meurer two years ago, and as longtime fans of the show, we asked a lot of the burning questions then that we’d been carrying around since the Robert Stack era. But with volume three arriving October 18, we jumped at the chance to talk with her again about what’s next for the series.

Cheryl Eddy, io9: When I spoke to you in 2020, we talked about how Unsolved Mysteries picks the cases it features—aiming for a variety of settings and types of crimes. Did you revise that approach at all for volume three?

Terry Dunn Meurer: No, I think we kept it about the same. We really do try and have a variety of different types of mysteries, and we like to try and have mysteries that we think are going to get solved. We aren’t always right about that. But also, cases where it feels like the show can do something, where we can actually generate some tips; that’s important because [in] some cases, law enforcement just doesn’t have any leads. We [also] look for cases that are really relatable where you can say, “Oh, my gosh, what if my college age child disappeared from a party on campus?” [“What Happened to Josh?”] Or, “What if my daughter got hit by a train?” [“Mystery at Mile Marker 45″] Or, “What would I do if I saw a UFO?” [“Something in the Sky,” “Paranormal Rangers”] So that’s one thing we really look for: a relatable protagonist and cases that people can go, “Oh, my gosh, what if that happened to me?”

io9: This batch of nine episodes has three different “supernatural” episodes. How do you choose those cases in particular and why is it important for the show to explore those themes?

Dunn Meurer: The feedback we get from from the fans and the viewers, it’s actually kind of funny sometimes because it’s like, “we want more crime,” “we want more paranormal,” “we want more crime,” “we want more paranormal.” I don’t know what the number of people in each camp is, but it seems like after all the years that Unsolved has been around, [our audience] expects some of the paranormal and the supernatural cases. It was a deliberate choice to put one of those cases in each of the three batches [of episodes]. The other choice we made was to put an unexplained death case in each of the three batches, because those are the water cooler cases, for lack of a better term, where you’re really like, “Okay, what really did happen here?” Where you just go where you go back and forth. And then, we want always to have a solvable case, so we had the wanted fugitive Tammy Williams [“Body in Bags”] and the children that were abducted by their parents [“Abducted by a Parent”]. But circling back to [your question about supernatural episodes], it just feels like the audience wants them. It’s what they want and what they expect. Some people will maybe not watch the paranormal [episodes]—but we find that the audience over the years has really wanted both.

Unsolved Mysteries: Volume 3 episode “Something in the Sky”Image: Netflix

io9: The show is being released over three weeks, with three episodes each. It’s kind of a hybrid between a weekly drop and a binge drop. What motivated that decision?

Dunn Meurer: That was a Netflix choice. But knowing that we had nine episodes, it was like, “How do we want to create batches around that?” Like we talked about earlier, we kind of targeted each batch to have a good variety of episodes. We hope that the viewers are going to sit down and just watch the entire batch each week. Each episode is maybe in the range of 45 minutes long, and it’s very binge-able in a night if you have a little time.

io9: How does Unsolved Mysteries select its directors, and is there any kind of style bible used to keep the episodes similar in look and tone?

Dunn Meurer: We have a style bible or guidelines for the directors because we want all the episodes to have the same feel. So we have things like, “This is how we want to frame an interview,” and “We don’t want to do any dialogue with any of the actors [in the re-enactments],” [or] see actors’ faces. We want the reenactments to be more evocative. We want lots of B-roll with all the participants. So things like that, we give those guidelines. Beyond that, they’re free to go out. We like working with a small group of people who really understand the show and understand what we’re trying to do, and that’s the directors as well as the directors of photography. The directors of photography are key in keeping the look consistent.

io9: In 2020, we also talked about how you see the show as more of a “mystery” series than “true crime,” though that’s how it usually gets categorized. In 2022, true crime is more popular than ever before, with more ways to consume it than ever before. What makes Unsolved Mysteries continue to stand out in that landscape?

Dunn Meurer: Personally, I think it’s because the cases are unsolved and there’s a lot to talk about when you get to the end of the episode. It’s not a case that’s already been adjudicated. And sometimes a lot of the crime programing that comes around, it’s higher-profile cases that we’ve already seen. We tend to do lesser-known cases—actually that’s part of the criteria, not doing cases that have already been in the headlines and they’re being done in a multi-part series or something. We like to give exposure to to the other cases—so these are cases that the audience hasn’t seen. I think that makes a difference.

io9: In your years at Unsolved Mysteries you’ve seen a lot of unusual cases. Which episode in the new season haunts or intrigues you the most, and why?

Dunn Meurer: That’s always such a tough question. I get so personally involved in all the cases. I guess the unexplained death cases are the ones that stick with you the most because it’s like, “Oh, what really happened here?” And from the time we’re on the scout to the time we’re in pre-production and production, you sit around with the crew, and you’re talking about what happened here and weighing all the evidence. And especially in post-production, when we’re putting the episodes together, you just can’t stop trying to figure it out. I think maybe those are the kinds of cases that that are the most involving. But then I get really, really excited as we’re a week away from launch now, that maybe Tammy Williams is going to get caught, and maybe these missing children are going to be found. And I’ve heard from people who have seen the episodes, they really feel like the UFO episode is very credible. So that’s exciting. So it’s a little bit of all of it. I don’t really have a favorite because the episodes are so different … The bottom line is, I hope leads come in on all of the cases, and that it helps with somehow bringing justice for the families or getting the cases solved. That’s always the goal.

io9: Have there been any updates on the cases from the other two volumes?

Dunn Meurer: We had thousands of tips and leads that came in, but nothing was solved. But it does take awhile for cases to get solved. They can’t just have a tip and go and make an arrest. We know in the Alonzo Brooks case [“No Ride Home”] they’re still working leads and that reward stands. For the “House of Terror” episode about the guy who killed his whole family, we got tips from 20 different states in the United States and 33 different countries. I just emailed back and forth with “Death in Oslo,” the journalist in that case, and he gets tips every week. Now, none of the law enforcement—we give them the tips and then they can’t tell us about what they’re doing, and we understand that they don’t want to jeopardize the case. But in the “Death Row Fugitive” case, I just talked to the U.S. Marshal, and they’re very, very confident that he’s alive and will be caught. So, nothing has been solved yet. But we still are very hopeful because with the show streaming, we still see people going back and looking at them and sending in new tips.

io9: Was there a reason why you didn’t have any international cases in volume three?

Dunn Meurer: Covid. The covid protocol for filming and international and travel was just really tough, so we made a conscious decision not to do that.

io9: How involved are you in the Unsolved Mysteries podcast?

Dunn Meurer: I’m very, very involved. I do all the interviews for the podcast with the participants, and then I work with the editors on them on the cuts. And then I record the narration with Steve French, who’s the host. It’s very small team. Like three of us.

io9: And the ultimate question is, will we be seeing any more seasons of Unsolved Mysteries on Netflix?

Dunn Meurer: Well, that would be a question for Netflix, but certainly we’re hoping so. [After] season one, we were all just so thrilled with how many viewers there were. I mean, there are millions and millions of viewers. It was just so great. So hopefully this volume does well. And there’s certainly more mysteries out there to solve, so we would love to be able to do more!

Want more io9 news? Check out when to expect the latest Marvel and Star Wars releases, what’s next for the DC Universe on film and TV, and everything you need to know about House of the Dragon and Lord of the Rings: The Rings of Power.