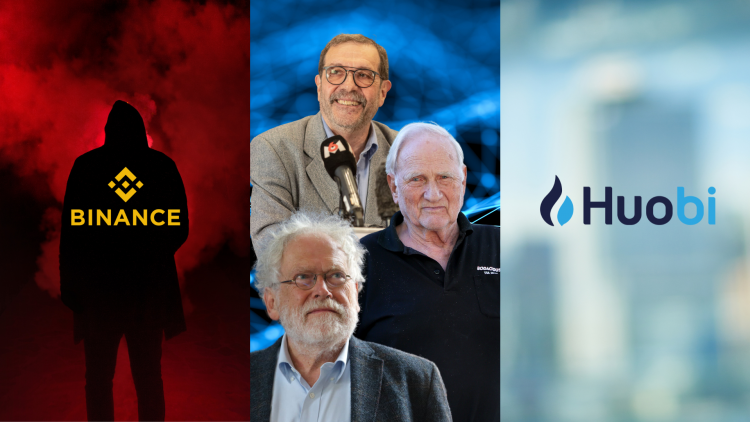 From the editor’s desk

Technology is often described in terms of an arms race. It’s an accurate assessment that’s no less true in the cryptocurrency industry than it is in any other, and to which recent events attest.

Binance, the world’s biggest crypto exchange, may be winning that race in terms of its sheer heft in the market, but even the behemoth that founder Changpeng Zhao built may lose the occasional battle. One such setback came last week in the form of a hack that saw the exchange hemorrhage US$100 million before the bleeding could be staunched.

It could have been worse. More than US$570 million was on the line at one point, but Binance’s fleet-footed response limited the damage, and the exchange — an ambitious choice of target for hackers, given its resources and sophistication — has already dusted itself off and moved on.

A potentially existential threat to crypto’s future surfaced last week, however, when the Nobel Prize for physics was awarded to a trio of scientists for their work in what The New York Times memorably described in a headline as “quantum weirdness.” For those in the know, that has ramifications for quantum computing, whose possible peril to crypto comes from the fact that — hypothetically, at least — it could unravel the encryption that blockchains rely on for their security.

The likelihood that this will happen remains a distant possibility. But it’s worth remembering that possibilities are, by definition, things that can and sometimes do happen.

All of which serves to underline the built-in vulnerability of not just blockchain-based technologies, but all technologies, to the apparently endless ingenuity that spawned the crypto phenomenon in the first place.

Tech is indeed an arms race — one in which the crypto community needs to keep ensuring that the good guys win.

Until the next time,

Binance is preparing a series of possible responses to the recent BNB Chain hack through votes on four proposals, including a bounty for catching those responsible. Image: Canva

By the numbers: BNB Binance — 5,000% increase in Google search volume.

BNB Chain, operated by Binance, the world’s largest crypto exchange, suspended operations on Friday after an exploit was identified.

Although security experts continue to lament the vulnerability of bridges between blockchains, Binance has demonstrated that being centrally organized has its advantages when it comes to tackling hacks and thefts.

Binance’s swift response to the attack allowed it to stop most of the money targeted from being moved off the exchange, and Changpeng Zhao, Binance’s founder and chief executive, has already promised to reimburse the funds lost in the episode.

A sizable amount of money may have been grabbed, but the ever-improving capabilities of security teams working in crypto will make it hard for the culprits to move the money undetected. Binance has already hired several security companies.

As the dust settles following the hack, Binance’s ability to halt blockchain transactions will be interpreted as an affront to the ethos of decentralization that crypto-purists say constitutes the heart of the Web3 movement.

But for customers affected by the robbery, what matters more is that there are mechanisms in place to ensure that if a hack takes place, there are people to whom they can turn for help. With total losses to crypto theft topping US$2 billion this year, a bigger question is becoming increasingly pressing: Does crypto need more centralized supervision?

By the numbers: Nobel Prize Physics — over 5,000% increase in Google search volume.

Three scientists have been jointly awarded the 2022 Nobel Prize in Physics for their experiments in quantum mechanics. The physicists’ work explored issues in quantum information science that could have significant implications for the field of encryption.

The existential threat to crypto posed by quantum computing remains a hypothetical one, at least at present.

University of Sussex researchers explored how much computing power would be required to conduct a so-called “transit attack,” in which a quantum computer would break the encryption of Bitcoin transactions as they moved through the network before anyone noticed. They concluded that a quantum computer would need a capacity of 1.9 billion qubits to do so in the time it takes to mine one block on the network.

The world’s biggest quantum computer, developed by IBM, has only a 127-qubit processor, meaning that it would take months, if not years, to break a single block on the Bitcoin network. Yet in tech, things move fast. In three years, IBM’s efforts to increase processing power have yielded increases of more than double every 12 months, outpacing Moore’s Law of processing power.

The good news is that blockchains can be migrated to quantum-resistant networks. But that requires coordination and collective action, something the Bitcoin network hasn’t been known for.

Huobi Global has announced that its controlling shareholder has sold its majority stake in the company to Hong Kong-based hedge fund About Capital Management. Huobi said the acquisition — whose terms and value it did not reveal — would not affect the company’s core operations or management team, because About Capital would provide it with an “injection of sufficient capital in margin and risk provision fund[s].”

It’s a rough time to be in the crypto exchange market. The US$2 trillion wipeout in the value of Web3 assets this year has led to widespread layoffs among crypto’s most valuable companies.

BitMex, Gemini, Coinbase, Blockchain.com and other exchanges have all reduced headcounts over the past few months. Crypto.com has been said to have laid off 2,000 of its employees, although that number has been disputed.

Huobi reportedly slashed its workforce by 30% over the summer, thanks to both the market downturn and a Chinese crackdown on digital assets.

Huobi’s acquisition by a hedge fund specializing in the Asia-Pacific region suggests that its new owners believe there is untapped potential for crypto in the region, even without China. And they might be right. Central and southern Asia, including Oceania, has become the third-largest cryptocurrency market after the U.S. and Europe.

According to a recent Chainalysis study, the Asia-Pacific region is home to three of the top five countries — Vietnam, the Philippines and India — with the highest levels of crypto adoption in the world, which suggests Huobi’s new investors are in for the long haul.