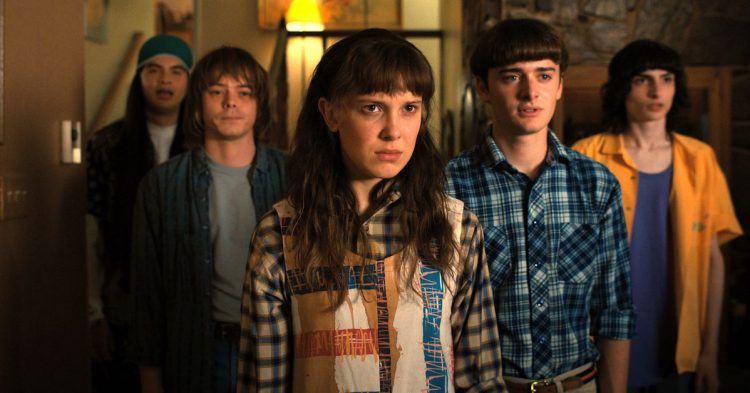 For years, that was a trick question, because Netflix never had ads. Ad-free shows and movies were a core part of the streaming service’s proposition and a way to differentiate itself from conventional TV. And over the years, when investors and other outsiders asked Netflix to add ads so it could make more money, Netflix executives told them it was a bad idea.

Now Netflix has changed its mind because Netflix’s fortunes have changed — earlier this year it started reporting subscriber losses for the first time in a decade. So it’s going to offer a new, cheaper version of its service, with ads, starting in the US on November 3 and rolling out to 11 other countries shortly after that. And its ads will look … just like ads you see on TV:

The basics of the new service — existing Netflix subscribers won’t see ads or any other changes — are straightforward and have been mostly reported in the business press over the past few months as Netflix has made the rounds to advertisers:

What Netflix is trying to do here is straightforward conceptually but tricky to pull off: It wants to bring in new, price-sensitive subscribers to generate more revenue without giving too many existing subscribers an incentive to drop down to a lower-price tier, which would reduce revenue.

Peter Kafka reports on the collision of media and technology.

We don’t know if that will work, but we do know it’s the same trick everyone else in streaming is trying. Many major streaming services, including HBO Max and Hulu, now offer versions with or without ads, and Disney is planning to do the same soon with Disney+. And companies like Paramount and Fox have found audiences for free, ad-supported streaming services. The major holdout at the moment is Apple’s AppleTV+, but Apple is reportedly floating an ad product as well.

We also know that Netflix is offering ads for the same reason as everyone else: It’s getting harder to find new subscribers and harder to keep the ones it has. It’s also a way to keep full-price subscribers from completely bailing: If you’re done binge-watching Stranger Things and are ready to turn Netflix off, the service could dangle the lower-priced version to keep you signed up.

The ad launch is also meant to help Netflix solve another problem that it previously insisted wasn’t a problem: people “sharing” Netflix passwords and watching it for free. In Netflix’s go-go growth days, it more or less encouraged password-sharing, but now it says it thinks there are 100 million households around the world that are watching free Netflix and it would like to make some of them paying customers. Netflix is already running tests in some countries where it nudges password-sharers to become paying subscribers with a discount, and it’s easy to see it pointing sharers to the ad version in the near future.

All of this has been communicated, more or less, to Wall Street and would-be ad buyers over the last few months. Today’s formal news comes a few days before Netflix’s next quarterly earnings call on Tuesday, which is also the day Netflix has a big party scheduled for advertisers in New York City. Now Netflix gets to see what subscribers — and people who haven’t subscribed yet — think about all of this.

Our goal this month

Now is not the time for paywalls. Now is the time to point out what’s hidden in plain sight (for instance, the hundreds of election deniers on ballots across the country), clearly explain the answers to voters’ questions, and give people the tools they need to be active participants in America’s democracy. Reader gifts help keep our well-sourced, research-driven explanatory journalism free for everyone. By the end of September, we’re aiming to add 5,000 new financial contributors to our community of Vox supporters. Will you help us reach our goal by making a gift today?