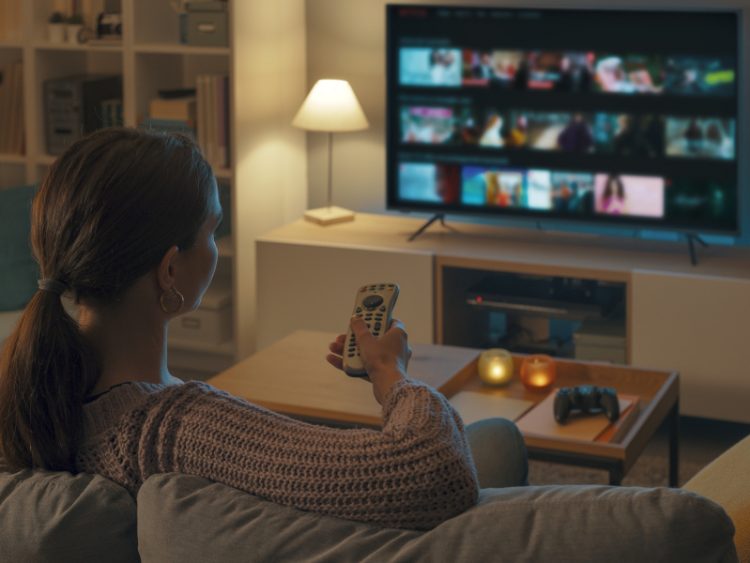 Video piracy has been a scourge on the film and television industry for decades and has drastically worsened in recent years. The earliest iteration of this practice mainly occurred through the distribution of pirated DVDs, often containing low resolution media.

In the early 2000s, we saw the rise of peer-to-peer (P2P) file sharing platforms such as BitTorrent, and a clear surge in piracy, as consumers were now able to download content from the comfort of their homes.

Despite the success of BitTorrent, the act of accessing pirating films was, for the most part, confined to the fringes of the internet. Torrenting required a certain degree of technical knowledge, buying illegal DVDs was inconvenient and fundamentally, very few were willing to wait lengthy periods of time for high-quality streams of films initially released months ago to become available online.

In the last few years, we have seen an unprecedented level of piracy resulting in the loss of up to $71bn in the US alone every year and 230,000 jobs overall. Piracy has now become mainstream due to the rise of streaming, greatly impacting how consumers and pirates access content.

In the case of audiences, streaming is a significantly more convenient and simple way to access content as opposed to purchasing DVDs or downloading films. Coupled with the ease of obtaining high-speed internet connectivity and mobile devices, it is little wonder that approximately 80pc of global online piracy can be attributed to illegal streaming services.

The rise of streaming and subscription-based streaming services means that pirates are no longer required to wait lengthy amounts of time for DVD releases to pirate content. Instead, malicious third parties have developed techniques with which one is able to reverse-engineer streaming applications/players distributed by streaming companies such as Netflix.

Pirates can identify where unencrypted streams are being dumped out within the app, thereby isolating high-quality video content on the day of release. This has had two major effects: audiences are no longer required to wait lengthy periods of time to access pirated films and pirates can reliably upload high-quality versions of the content, thereby dramatically improving the consumer experience. Long gone are the days of shaky camcorder footage!

The former involves placing a visual indicator within the video content and the latter makes use of 128-bit advanced encryption standard (AES), with authenticated users provided with secret keys for the decryption of the video content.

These approaches are fundamentally flawed as they cannot prevent the easy extraction of video content from streaming service players. Once streams are isolated, they can be distributed on the internet and accessed time and time again, even if they have been watermarked. DRM has also experienced backlash from privacy and consumer rights groups, thus undermining the impact of this technique.

Industry players have consistently attempted to prevent their content from being inappropriately extracted and distributed. However, I propose that a new form of thinking needs to be adopted.

Starting with the end user

We need to make accessing illegally streamed video content as unpredictable and time-consuming for the end user as possible, thus preventing mainstream use. I believe this can be achieved through the use of a user-end detection system, which can reliably delineate between pirated and legally streamed content, thus allowing relevant parties to block access reliably.

For the BT Young Scientist and Technology Exhibition 2022 I led a group that developed a detection system based upon the use of audio-fingerprinting to accurately identify video content. Our algorithm which also won the CISCO special award adapted the system first developed by Shazam for the identification of music.

Our work involved developing and testing our algorithm on 91 hours of audio associated with various films. Our results proved this novel application is viable as our system could match with 98pc accuracy from a sizeable and varied database.

After developing our algorithm, we designed a framework with the aim of laying down a foundation for the industry-wide implementation of our detection system. The first stage of the framework involves participation of the streaming companies and film studios.

All parties would be required to publish the addresses of servers used by them on a permissioned blockchain. We propose the use of this database structure as blockchains are immutable. This means that any transactions (ie, addition of addresses to the blockchain) cannot be deleted.

In the unlikely event that a malicious individual or group tries to delete all transactions on the blockchain, they would not be able to as there are multiple copies of the blockchain stored in the many nodes on the internet.

All server addresses provided would be considered whitelisted for the duration of which they are showing the rented film. The blockchain would also contain the pre-computed fingerprints of all video content.

The detection system begins when a stream is relayed by an ISP enterprise router and the server IP address is checked. If the given IP address matches with a whitelisted address, then we can safely assume that the incoming stream originates from a legal source.

If no match occurs, then we treat the incoming stream as potentially illegal and further analysis begins. Given the current lack of computing power in ISP routers, the rest of the process could be offloaded to a cloud service provider. We propose a round-based approach to matching.

Firstly, the algorithm would dump out a five-minute section of audio for analysis whilst the stream plays. This sample audio would undergo our fingerprinting process, including the generation of unique identifiers.

Secondly, these unique identifiers would be searched for in our database. All films that are matched with a certain degree of accuracy would be deemed as potential candidates for an overall match.

The first round is now finished, and the process repeats with another five-minute section of audio being dumped out and analysed. At the end of round two, every previously matched film that is matched again is retained as a potential candidate and the rest are abandoned.

Films matched for the first time in this round are also retained. The rounds continue until we are left with one film that has been matched in every round since it was first identified. At this point the ISP can throttle the stream if they so wish in order to disrupt the users viewing experience. If no match fits these parameters, then the ISP may assume that the stream being analysed is some other form of video content, like a YouTube video or a Twitch stream.

We believe the system described above has the power to drastically reduce video piracy in the age of streaming. Our novel approach utilises audio fingerprinting to prevent access to content, as opposed to current strategies designed to prevent the extraction of content. Our framework also describes roles for all relevant industry players and most importantly lays down a foundation to counter streamed video piracy.

Rohan Tewari was a participant in the 2022 BT Young Scientist and Technology Exhibition. His group’s project won the best group technology award in the senior category and the special CISCO award.