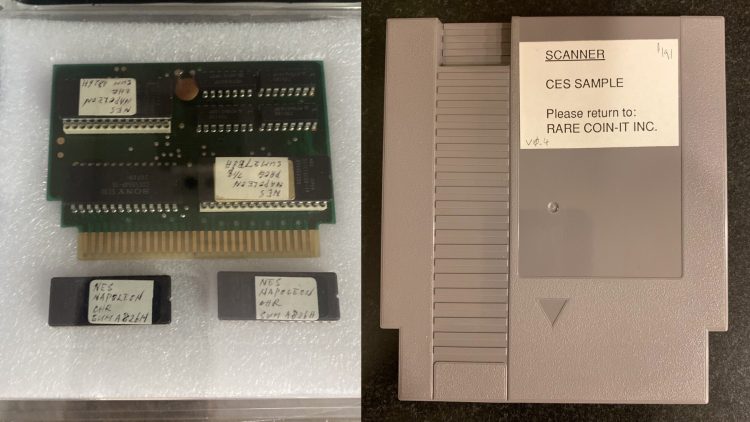 According to a tweet from the Video Game History Foundations Frank Cifaldi (via Kotaku), one of the titles, Battlefields of Napoleon, was only released in Japan. The other is a Rare title developed for the Nintendo Power Glove. The latter game even includes box art images that would have been mailed to Nintendo for printing.

Both of these are really cool. The first one, Battlefields of Napoleon, is a completed game. And when I say “completed,” I mean the packaging is done! It comes with the actual files that would be mailed to Nintendo for printing! Using these we can make perfect digital versions. pic.twitter.com/VOnUAgDHb0

It’s unclear why both titles weren’t released, but the Rare game likely didn’t see the light of day because the short-lived Power Glove was an awful accessory. At the time of publication, bidding for Battlefields of Napoleon, which also includes a WATA-certified development board and two CHR ROMs, sits at $7,877 USD (roughly $10,829 CAD) on eBay. Since the game was digitized, a ROM for the title is technically available, though Cifaldi says only its owner can release it.

In the eBay listing, the seller says that Battlefields of Napoleon was “rescued from a dumpster after The Learning Company acquired Brøderbund in 1998.” The Rare title, on the other hand, is a prototype of a game called Scanner that’s completely playable. The title is currently listed at $7,400 USD (about $10,176 CAD) on eBay. Its listing says that the game “was in the early stages of development and was demoed at the 1990 Consumer Electronics Show in Chicago to gauge retailer interest.”

Cifaldi aims to purchase both games for the Video Game History Foundation, a nonprofit that preserves video games, and is hoping for donations to purchase the titles. Donations currently sit at $4,000 USD ($5,500 CAD).

Ok we have a system that’s going well so I’ll give explicit instructions:

If you’d like to throw down, DM me the amount you’re able to give and I’ll add you to the list. If I win one or both I’ll hit you up after the fact. We’re over $4k already!

While unreleased video games often appear in online auctions, it’s rare for two games to drop in one week and even less common for them to be for a console as old as the NES.

Google and Renault team up to create a ‘software-defined vehicle’