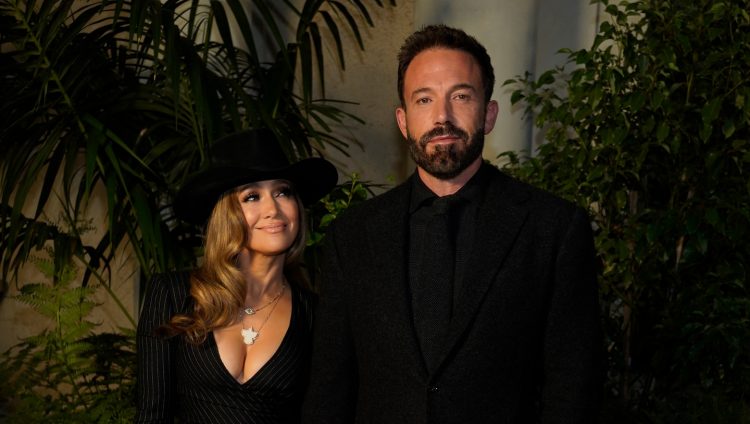 Ralph Lauren has always represented a certain type of East Coast luxury. Many of the brand’s looks on display Thursday night would have been right at home at a Connecticut country club, but the event also signified a recognition of California’s ascendance in culture.

Los Angeles is where generations of people have gone to chase their dreams of Hollywood stardom. But now, it’s also where people go to make it big on the internet. Internet culture has subsumed mainstream culture, and guests at the event represented a mix of the old world and the new.

“We’re in such unprecedented times, not knowing where social media is going to take us and how it’s going to evolve,” said Amelie Zilber, a Gen Z actress, model and social media star, “but Los Angeles is full of opportunity and I think that’s why everyone is looking at Los Angeles as the place to be.”

The fashion show itself had a distinctly California vibe. The artist Sia’s rendition of “California Dreamin’” blared over the runway before fading to Neil Diamond’s famous bicoastal anthem “I Am … I Said,” with lyrics like: “I’m New York City born and raised, but nowadays I’m lost between two shores. L.A.’s fine, but it ain’t home New York’s home, but it ain’t mine no more.”

The clothes, from Ralph Lauren Collection, Purple Label, Double RL, Polo Ralph Lauren and childrenswear painted a picture of an idealized California life where one might hop from surfing in Malibu, to brunch in Beverly Hills, to a movie premiere reception in West Hollywood. It was the first time Lauren had shown all lines together since his 50th anniversary show in Central Park in New York in 2018.

The brand has a long history of dressing Hollywood heavyweights, many of whom were there to support the designer. Jennifer Lopez and Ben Affleck were there dressed in black. Diane Keaton was wearing her signature suit look with a black top hat. Jessica Chastain, Laura Dern, Lily Collins and Chris Pine mingled with each other on the Huntington Library’s tiled patio.

“I have always been inspired by the natural beauty, the heritage, and glamour of the West Coast of America,” Ralph Lauren, chief creative officer of the Ralph Lauren corporation, said in a statement. “California has always been a land of dreams and contradictions — rugged coasts and red carpets … I have always believed in — a mix of grit and glamour, energy and inspiration.”

After the show, guests were escorted into a lush rose garden for a seated dinner. “It’s pretty surreal,” said Noah Beck, a 21-year-old actor and TikTok star. “If this show represents L.A. fashion then L.A. has a bright future. Having Ralph Lauren come for their first showing in California is amazing, and at this venue too.”

Emily Mariko, a TikTok star famous for her recipe videos, was dressed in a bright pink dress and seated near Blake Gray, a Gen Z model, actor and social media star. The young celebrities were taken with the luxury of the experience, which several said felt like a departure from the usual L.A. party. It was clear Ralph Lauren had successfully hooked the next generation of stars on the clothes too.

“I’m a sucker for suits,” Gray said, “and Ralph makes the best suits hands down. I was a huge fan of the cowboy hats and the boots too, coming from Texas I’m definitely going to have to buy a few things.”