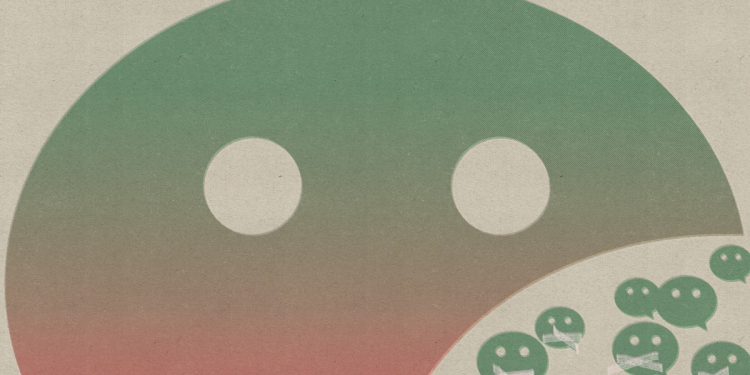 WeChat users are begging Tencent to give their censored accounts back

On Weibo, the popular Chinese social media platform, hundreds of desperate users were writing “confession letters” this past week.

They are urgent pleas from people who have been banned from the Tencent-owned super app WeChat—begging representatives to restore their accounts on a service that has become an almost indispensable part of life in China.

Those affected believe it was because they had discussed a rare political protest in Beijing ahead of the historic 20th Communist Party Congress, which started on Sunday.

Being banned from WeChat isn’t a trivial matter. Individuals are blocked from using the many digital services tied to their accounts, from health QR codes to online subscriptions—demonstrating how swiftly, and effectively, China’s censorship machine works to silence dissent. Read the full story.

If you’re interested in hearing more of the latest news from China, sign up to have China Report, Zeyi’s brilliant newsletter, land in your inbox every Tuesday.

Inside effective altruism, where the far future counts a lot more more the present

Since its birth in the late 2000s, effective altruism has aimed to answer the question “How can those with means have the most impact on the world in a quantifiable way?”—and supplied clear methodologies for calculating the answer.

Directing money to organizations that use evidence-based approaches is the one technique the approach is most known for. But as it has expanded from a philosophy into a movement, its ideas of the “best” way to change the world have evolved as well—encompassing unlikely but existential threats to humanity, including AI revolt and biological warfare.

It’s no surprise that effective altruisms’ ideas have long faced criticism for reflecting white Western saviorism, alongside an avoidance of structural problems in favor of abstract math. But as believers pour even greater amounts of money into the movement’s increasingly sci-fi ideals, such charges are only intensifying. Read the full story.

1 How Xi Jinping became unsurmountable
China’s president demands unwavering loyalty. (BBC)
+ His speech to the Communist party’s congress did not favor stronger ties with the west. (FT $)
+ Xi is known as “Chairman of Everything.” (New Statesman $)
+ Here’s what a third term of Xi would mean for the rest of the world. (Vox)
+ The USA’s anti-China restrictions are already biting. (Bloomberg)

2 Peter Thiel is pouring millions of dollars into the US midterm elections
He’s hellbent on overturning the current political system through right-wing nationalism. (The Guardian $)
+ Thiel is reportedly trying to obtain Maltese citizenship. (NYT $)

4 Should social media platforms do more to help those in crisis?
Platforms are both a potential exacerbator of mental distress and a lifeline, which makes this a minefield to navigate. (The Information $)
+ Establishing causation between social media and mental illness is enormously complicated. (Wired $)

5 Russians are following an online playbook to flee Putin’s war
The Telegram guide wants to help them integrate into new societies. (WP $)
+ Elon Musk has decided he will keep funding StarLink in Ukraine, after all. (The Guardian)
+ Russia has conducted renewed strikes in Kyiv. (FT $)
+ Ukraine is charming allies for more donations with humorous videos. (BBC)
+ Russia’s battle to convince people to join its war is being waged on Telegram. (MIT Technology Review)

6 Mexico is investigating whether its spyware purchase was legal
The previous Mexican administration had bought Pegasus spyware from the NSO group. (Reuters)
+ The hacking industry faces the end of an era. (MIT Technology Review)

7 Gas-running appliances are still a major problem in the US
Not only are they mini-polluters, they’re dangerous to boot. (Vox)
+ Climate change has ruined Alaska’s Snow Crab Season. (Motherboard)

8 Caregivers are tracking people with dementia using Apple AirTags
Experts are worried that tracking tech encourages a false sense of security. (WSJ $)
+ Dementia content gets billions of views on TikTok. Whose story does it tell? (MIT Technology Review)

9 This robot dog is an excellent goalkeeper
It stays cool in the face of penalty pressure, too. (IEEE Spectrum)
+ This robot just taught itself to walk. (MIT Technology Review)

10 The internet is united in fury at Dunkin’ Donuts
That’ll teach them not to meddle with their loyalty program. (Wired $)

“He would need to sue everyone on the internet doing Pilates.”

—Christina Gadar, a Pilates instructor, tells the New York Times about an ongoing quarrel with physical therapist Sean Gallagher, who she and others claim has unfairly lodged copyright complaints about their use of Pilates-related materials online.

Australia’s colonial history is dotted with fires so enormous they have their own names. The worst, Black Saturday, struck the state of Victoria on February 7, 2009. Fifteen separate fires scorched the state over just two days, killing 173 people.

While Australia is notorious for spectacular blazes, it actually ranks below the United States, Indonesia, Canada, Portugal, and Spain when it comes to the economic damage caused by wildfires over the past century.

That’s because while other nations argue about the best way to tackle the issue, the horrors of Black Saturday led Australia to drastically change its response—one of the biggest of which was also one of the most basic: taking another look at the way fire risk is rated. Read the full story.

+ Pandas are the masters of stripping bamboo efficiently.
+ Paddy Considine sounds like a thoroughly nice bloke.
+ Is nothing sacred? Now Irish dancing has been caught up in a cheating scandal.
+ Lots of new movies to look forward to? Yes please.
+ I love Mel the Skell and his seasonal outfits!