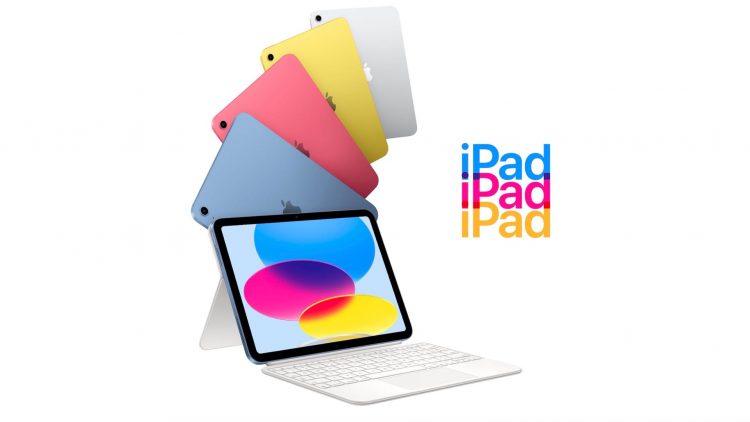 And the latest iPad Pro gets an M2 chip.

Apple has officially taken the wraps off a redesigned 10th-generation iPad, along with a new and improved iPad Pro powered by the M2 chip. Apple’s affordable tablet got redesigned to match newer models with USB-C and even has a landscape selfie camera.

All the rumors were true, and we’re once again seeing minor updates across the board to two of Apple’s most important tablets. The high-end Pro didn’t change much but will offer improved performance, while the budget tablet now has the same design as the rest of the crowd. That said, there are a few other details you’ll want to know about both, especially for those upgrading from an older tablet.

The new base model iPad (10th-Gen) comes with a bigger 10.9-inch 2,360 x 1,640 resolution, True Tone display, USB-C, and a flat design similar to other tablets from Apple over the last several years. Many expected a redesign of the OG iPad earlier this year, but now it’s finally here for those holding out on an upgrade.

The new model borrows the thin-bezel form factor of higher-end models, which means it no longer has a headphone jack, and the fingerprint scanner has moved to the side power/wake button. Speaking of things that moved, this is Apple’s first iPad with the front selfie camera positioned in landscape mode rather than portrait. It’s no longer at the top unless you’re holding the tablet sideways, which most people do anyway.

Unfortunately, we’re not getting an upgrade to the M1 or M2 chipset, as the new 10th Gen iPad uses the same Apple A14 Bionic processor as a few other models. However, that does mean you’ll get vastly improved performance (more than 3x the previous 7th gen iPad) along with Wi-Fi 6, 5G support, and more without breaking the bank.

Basically, it’s sort of like a cheaper iPad Air without a few key upgrades. However, for those on a budget, the new 10th Gen iPad is a solid option even if it does cost significantly more than the $329 price of the previous one.

The new “affordable” iPad starts at $449 for the 64GB Wi-Fi model, or you can get a 256GB option for $599. Then, as usual, a cellular option starts at $599. You can order one starting today ahead of the October 26th release date in one of four fun colors.

It’s hard to believe, but we’re on the 6th generation of the iPad Pro. Today, Apple unveiled a supercharged iPad Pro powered by the new M2 processor. Yes, that’s the same chip that debuted earlier this year in the MacBook Air and smaller MacBook Pro, suggesting this tablet packs some serious power.

In fact, this is the first iPad to support ProRes video capture. Apple’s improved iPad Pro also offers faster speeds thanks to Wi-Fi 6E support, but that’s about it in terms of physical changes. The newest iPad Pro comes in the same two screen sizes and the same two colors. Those are an 11-inch model starting at $799 and the big 12.9-inch Pro that starts at $1,100, both in Space Gray or Silver.

According to Apple, the M2 delivers up to 15 percent faster performance than the M1 on iPad Pro and opens new software experiences like its “hover” feature on the Apple Pencil. We’re still getting the same 12-megapixel ultra-wide front-facing camera with Center Stage support and the same 12MP main and 10MP ultra-wide cameras on the back.

For those wondering, iPadOS 16 finally arrives on October 24th, delivering many new features perfect for the latest iPad Pro. As expected, these tablets are available in 128GB, 256GB, 512GB, 1TB, or 2TB of storage options, so get started with the link below.

How to Set Up a Greenscreen on a Budget (2022): Stands, Materials, Lighting