Why does WhatsApp ban accounts and how to prevent it 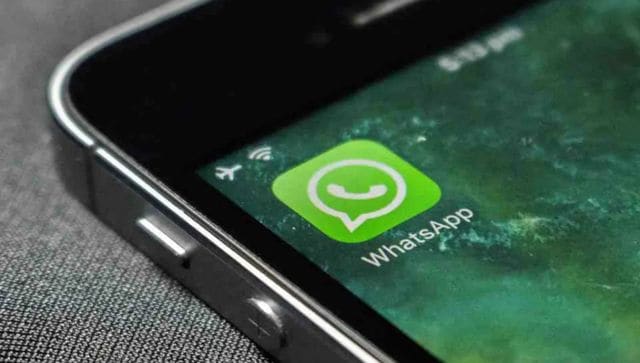 WhatsApp, the Meta-owned popular instant messaging app, banned over 2.3 million Indian accounts in August. The company released its ‘User Safety Report’ for the month of October in compliance with India’s IT Rules, 2021 which mandate digital platforms with over five million users to publish compliance reports every month.

In July, the messaging app had taken down 2.39 million Indian accounts and 2.21 million accounts a month before on the basis of complaints flagged through the company’s grievances channel, Reuters reported.

Why does WhatsApp withhold users’ accounts? What can you do to prevent from getting your account banned? We explain.

WhatsApp, which has received flak for spreading fake news and hate speech in India, can ban accounts for a number of reasons.

Users’ accounts can be removed for violating the company’s code of conduct, for unlawful and/or violence-provoking activities among others, as per Indian Express.

WhatsApp also takes action against users “for violating the laws of India or WhatsApp’s Terms of Service”, reports India Today.

To prevent abuse on its platform, the company works on three levels.

“The abuse detection operates at three stages of an account’s lifestyle: at registration, during messaging, and in response to negative feedback, received in the form of user reports and blocks. A team of analysts augments these systems to evaluate edge cases and help improve effectiveness over time,” the messaging platform said, as per Indian Express.

How to save your account from getting banned on WhatsApp?

WhatsApp lays down a number of ‘best practices’ and those to avoid to ‘ensure responsible use’ of the messaging platform.

Be mindful before forwarding messages

WhatsApp has limited the number of times users can forward messages. It has also put a label on all forwarded messages- ‘Forwarded many times’.

Users are also advised not to share unverified messages whose authenticity cannot be determined by them.

Users should not send bulk or automated messages.

The platform also advises against creating groups in ‘unauthorized or automated ways’ as well as using unofficial WhatsApp applications.

You should use WhatsApp in a respectful manner and abide by other people’s boundaries.

If someone asks you not to send them messages, then you must listen to them and stop.

If you frequently use broadcast messages, it may lead people to flag your messages, and then, if your account gets reported multiple times, then WhatsApp will be compelled to take action.

Before adding people to groups, you must ask for their permission. If they do not want to be added to the group, then honour their wishes. Do not send inappropriate messages to groups that might make others uncomfortable.

These Terms of Service forbid “publishing falsehoods and engaging in illegal, threatening, intimidating, hateful, and racially or ethnically offensive behavior”, as per WhatsApp.

There are also instances when accounts get barred by mistake. “While well-intentioned, you might risk your account getting banned if it involves activity that violates the company’s Terms of Service, for example, if it involves spam, scams or puts WhatsApp users’ safety at risk,” a statement by WhatsApp was cited by News18.

If your accounts gets banned on WhatsApp mistakenly, you can raise the issue. News18 (Representational Image)

You will know your account has been banned by WhatsApp if you receive this message on opening the app: ‘This account is not allowed to use WhatsApp’.

If it has been banned accidentally, you can either email WhatsApp or click on ‘request a review’ in the app.

If you request a review, a 6-digit registration code will be sent to you via SMS. You have to enter that code and submit your request for a review with details supporting your case.
The company will get back to you once the review is complete.

How to register a grievance?

You can also send a mail through the post to your nearest grievance officer.

Another way is to use the feature ‘block and report’ on the platform. In this case, WhatsApp will ask you to share the last five messages of the chat.

Bigger Together: How to Maximize Mainframe’s Value