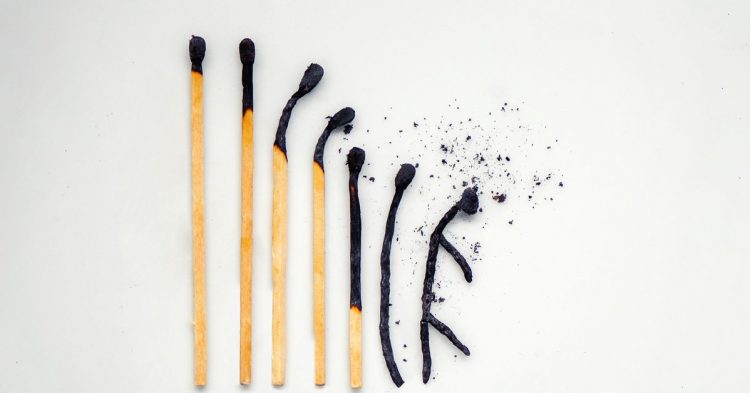 Burnout was everywhere earlier in the pandemic, but it was supposed to get better as the most painful effects of the pandemic subsided. When people have regular child care, can see friends, and eat out, when fewer people are dying, work would seem less bad and burnout would ease, the thinking went. That hasn’t happened. In fact, reports of burnout are getting worse.

That’s because work hasn’t improved. Workloads are still too high, and employers don’t understand what their employees are dealing with. Additionally, while the emergency phase of the pandemic might be over, Covid-19 remains a concern and a disruptive force in the world, even for those privileged enough to have spent a large part of the pandemic working from home. And now some of the salves people were employing to deal with burnout — remote work or quitting their jobs — are moving out of reach for some, potentially making burnout worse.

Some 43 percent of US office workers “feel burned out at work,” according to the latest quarterly survey by Slack’s Future Forum. That figure is near its peak level last year, though Slack has only been tracking this data since May of 2021. New data from Glassdoor, where employees anonymously review the companies they work for, shows mentions of burnout are up more than 40 percent this year compared with 2019. And a survey by business think tank Conference Board of HR executives earlier this year said that 77 percent of companies had seen an increase in the number of employees who identified as being burned out, up 35 percentage points from September 2020.

Burnout syndrome was first coined in the 1970s to refer to workers feeling exhausted by their jobs and it has since become part of the American vernacular. It wasn’t until 2019 that the World Health Organization officially recognized it as an occupational phenomenon, resulting from “chronic workplace stress that has not been successfully managed.” In the meantime, as the New Yorker’s Jill Lepore argued last year, the concept has become so widespread and broad as to become somewhat meaningless. There are also no long-term longitudinal studies of burnout so it’s tough to say if anyone anywhere had it worse. However, as the studies above show, Americans are having a bad time of it now, and that’s cause enough for alarm.

The exact cause of burnout, like the term’s usage, is inexact. Christina Maslach, a professor of psychology at the University of California Berkeley and co-author of the forthcoming book The Burnout Challenge, told Recode that mismatches between people and their jobs are chronic stressors that lead to burnout. These imbalances include things like too much work and not enough resources, lack of acknowledgment for a job well done, and incommensurate pay. These are common issues, but for many, the pandemic made the issues more acute.

Burnout almost made sense earlier in the pandemic. There was so much change and chaos, who wouldn’t feel burned out? The pandemic’s silver lining, though, was the idea that it could force the fixing of some of America’s broken institutions, such as work. But many bosses — some of whom are responsible for burnout in the first place — seem uninterested in improving working conditions and are falling back into old ways. The most obvious manifestation of this is requiring office workers to return to the office, something that’s applying to employees more than their bosses.

“Executives want to return back to how things used to be,” Future Forum vice president Sheela Subramanian said. These leaders think a return to the office will increase productivity, maintain culture, and foster connections. Meanwhile, she added, they’re not listening to their workers, who have been reporting higher levels of productivity, improved culture, and better connections at work while working from home.

“Executives are operating from a focus group of one right now,” Subramanian said. (It’s important to note that the Future Forum study also found that executives these days are reporting record low experience scores, which measure factors like anxiety and satisfaction, though executive scores are still much higher than rank-and-file employees).

The return to the office is hardly the only contributing factor to higher burnout rates. Workers have been overextended as they pick up work from colleagues who’ve left and whose jobs have not been backfilled. There are also myriad external stressors that could bleed into people’s psyches: a global pandemic, racial injustice, the threat of nuclear war. Nevertheless, going back to the office is causing a lot of distress to workers, who by and large would prefer to work remotely at least some of the time, according to Future Forum data. But these companies are also expecting the same level of work from their employees in the office they were able to eke out while people were trapped at home and didn’t have to commute.

“It was flexibility without boundaries and organizations profited from it,” Robin Erickson, vice president of human capital at Conference Board, told Recode. “In my opinion, organizations can’t have it both ways.”

Workers are also potentially less likely to fight for better conditions, including more remote work, than they were in the first couple years of the pandemic. Now a recession could be on the horizon, meaning employers could cut jobs — a possibility that could, by extension, lessen employees’ resolve to quit. Quit rates in August were 2.7 percent, which is still elevated but down from a record high of 3 percent last year.

So while the job market is still hot, it’s not as hot as it used to be, and some say the Great Resignation might be ending. To some extent, the Great Resignation may have actually been masked levels of burnout because it was characterized by people’s willingness to leave their jobs for ones that better suited them. They felt more empowered to quit so felt less stuck in their jobs.

Some 72 percent of employees are prepared to settle in at their current companies for at least a year, even though 57 percent rated their burnout level at medium or higher, according to a survey released this week by business insights platform Owler. Another survey this week by the Conference Board found that workers’ intent to stay at their job decreased for 37 percent of respondents in the last six months, but only 12 percent are actively planning to leave. About a third said an imminent recession is making them think twice about quitting.

These trends — a growing hesitation to quit and less remote work — mean that people’s perception of burnout might continue to get worse. After all, work for many has not changed, and workers now find that their ability to change it themselves is diminishing.

But Erickson, who has long researched how organizations treat employees during times of crisis, is reluctant to think things will go back to normal, since the circumstances now are just so unprecedented.

“This is the first time since I’ve been writing about this that employees have had this kind of power without a union,” she said. “The big question is what’s going to happen now.”