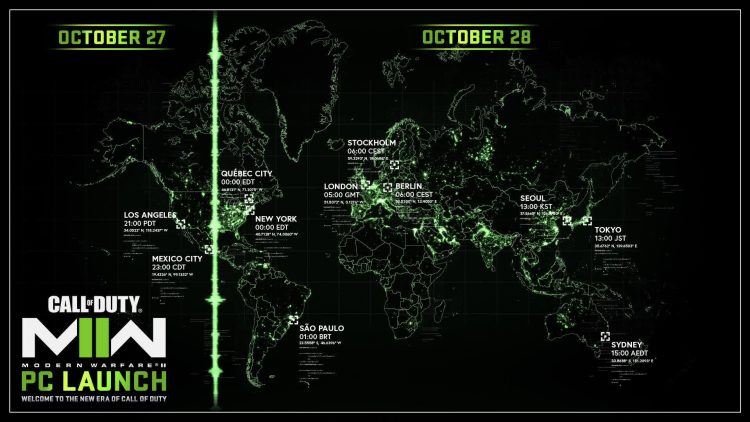 In brief: A week before the launch of Call of Duty: Modern Warfare II, Activision Blizzard published pretty much everything players should know before starting the game. The info dump includes launch and pre-load times, updated system requirements for 4K gameplay, launch-day multiplayer details, and more.

Those who pre-order Call of Duty: Modern Warfare II can already start pre-loading the campaign, which goes live on Thursday, October 20, at 10 AM PDT (1 PM EDT). Pre-loading for the multiplayer and spec-ops modes starts next Wednesday, October 26, at 10 AM PDT, while the full game goes live the next day at 9 PM PDT (midnight EDT on the 28th).

The PC system requirements for Modern Warfare II are similar to the September beta, with a GTX 960 or RX 470 under “minimum” and a 1060 or RX 580 under “recommended.” These modest requirements are likely for 1080p gameplay at 60 frames per second. Activision’s specs for higher framerates and 4K settings list more recent graphics cards like the RTX 3060Ti, RTX 3080, or RX 6800XT. Oddly, Activision hasn’t mentioned ray tracing regarding Modern Warfare II. The feature doesn’t appear in the PC trailer (above), so the game might not include it.

The campaign’s early access pre-load is only 30GB on Steam. However, the full game needs 72GB of space. The storage requirements may change depending on the optional high-resolution assets cache. The feature requires up to 64GB for 4K, but 32GB for lower resolutions like 1440p or 1080p.

Fans should be happy to see a storage requirement far lower than that of the 2019 game. Bundling the prior Modern Warfare with the breakout free-to-play hit Call of Duty Warzone ballooned its file size into triple-digit gigabytes. The upcoming successor, Warzone 2, is thankfully a standalone download.

Next year, Activision will launch a paid expansion for Modern Warfare II instead of releasing another full Call of Duty title.