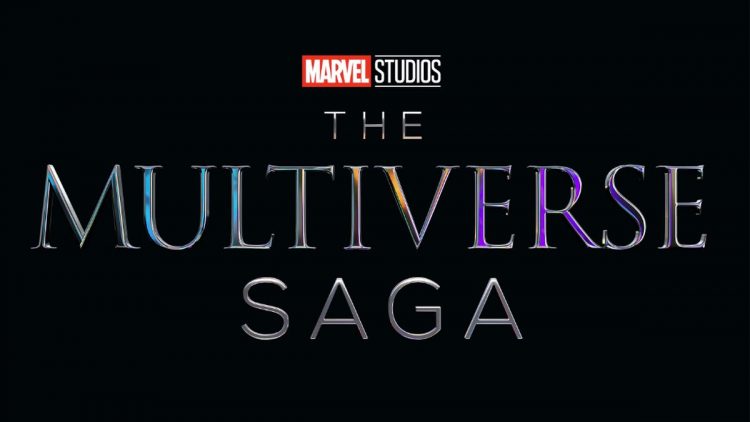 After finishing up The Infinity Saga in 2019 with Phase I, II, and III, Disney’s Marvel Cinematic Universe became the biggest entertainment franchise in history. The MCU started a new cycle of content in January 2021 with Phase IV, the first third of The Multiverse Saga, adding Disney Plus TV shows and specials along with new movies. Phase V will begin in 2023 with a boatload of new movies and Disney Plus TV shows to watch and enjoy.

So what can we expect in the MCU 2023 calendar? Here’s what’s currently planned and scheduled for next year in the MCU. Keep in mind that the movie and TV show launch dates shown here are very fluid due to several factors and these dates could, and likely will change. All of the MCU 2023 content will eventually be posted on Disney Plus, which you can sign up for at the link below.

Ant-Man and the Wasp: Quantumania

The MCU calendar gets the ball rolling big time with this third Ant-Man film. Look for the size-changing hero and others, including Ant-Man’s daughter, to enter the microverse known as the Quantum Realm to try to defeat some new villains. The biggest link to The Multiverse Saga is Jonathan Majors, who will play the villain Kang The Conqueror. We’ve already seen Majors as a variant of Kang at the end of season one of the Disney Plus show Loki in 2021, where we saw the multiverse itself starting to become fractured. Kang is set to be a major character throughout all of the Multiverse Saga. Also, look for another classic Marvel comic book villain, MODOK, to pop in this movie as well.

The second season of this Disney Plus animated series will once again show different stories from the Multiverse of the MCU, showing how major Marvel characters’ lives would be changed if they made a different decision at a key point in their lives. Jeffrey Wright will be back once again to voice the role of The Watcher, who can see all aspects of the MCU multiverse. It’s possible we could get some clues into the future of The Multiverse Saga in this series.

This Disney Plus TV show in the MCU 2023 calendar looks to be all about deception and distraction.  Samuel L Jackson will be back as S.H.I.E.LD. head man Nick Fury, and Ben Mendelsohn is back playing the shape-shifting Skrull alien he first played in Captain Marvel. Are the Skrulls attempting to take over Earth by replacing certain people with their agents? Oscar winner Olivia Colman and Game of Thrones fan favorite Emilia Clarke are also joining in the fray playing currently unknown roles. This series could be a huge influence on the future of the MCU.

Guardians of the Galaxy Volume 3

The Guardians are back in this third movie in the MCU space opera franchise. The team of human and alien misfits will have to deal with a new character from the Marvel comic book universe, the super being known as Adam Warlock, played by Will Poulter. Another Marvel cosmic-based comic book character, the High Evolutionary, will also appear in the movie. The first two Guardians films had few, if any, direct references to what was going on in the overall MCU, but this could be an exception.

Alaqua Cox, who first played the hearing-impaired henchperson to Vincent D’Onofrio’s Kingpin on the Disney Plus show Hawkeye in 2021, returns as the lead character in this new series. Now estranged from The Kingpin, she has to find out what kind of hero she wants to become, if indeed that’s an option for her. D’Onofrio will be back as Kingpin, as well as Charlie Cox as the blind hero Daredevil, who was first introduced in the MCU in Spider-Man: No Way Home and later appeared in She-Hulk: Attorney at Law.

After debuting in Captain Marvel and appearing in Avengers: Endgame in 2019, Brie Larson is back as the highly powered space warrior Carol Danvers in this sequel to Captain Marvel. She will be joined by Iman Vellani, who once again plays Kamala Khan from her own Disney Plus series Ms. Marvel. Also, Teyonah Parris is back playing “Photon”, another highly powerful character that debuted as a kid in the Captain Marvel movie, but got her light-based powers as an adult in WandaVision Season 1. Plot details for how this trio will work together, and what villains they have to fight, remain under lock and key for now.

One of the most highly anticipated shows in the MCU 2023 calendar is the second season of Loki. Tom Hiddleston will be back as the Norse god, as will Owen Wilson who will play Agent Mobieos of the Time Variance Authority. This series will definitely be a big part of the overall Multiverse Saga. At the end of Season One, the multiverse started to fracture, and Loki’s main timeline was changed, with Kang now in place as the leader of the TVA. While not confirmed, Jonathan Majors could likely make some kind of appearance as Kang.

She will first appear in November’s MCU movie Black Panther: Wakanda Forever, but after that, actor Dominique Thorne will get her own Disney Plus series playing Riki Williams. We will see how her character, who builds her own suit of power armor based on Tony Stark’s Iron Man technology, will interact with the rest of the MCU. As with most of these shows and movies, plot details for Ironheart are being kept under wraps.

Agatha: Coven of Chaos Season One

WandaVision was the first MCU Disney Plus TV series, and it became a massive hit with audiences and critics. Part of the reason was the performance of Kathryn Hahn, who played the “noisy neighbor” Agnes before being revealed as the villainess witch Agatha Harkness. Now Marvel Studios is planning to make a spin-off series starring Hahn as Harkness. At the end of WandaVision Season One, we saw Wanda turn Agatha back into her Agnes persona, but based just on the title of this series, we expect her to return to her Agatha character. How all of this links up to The Multiverse Saga is still unknown.

That’s all we have on the MCU 2023 calendar. As always, we will update this post when more information is revealed, or if and when release dates are changed.