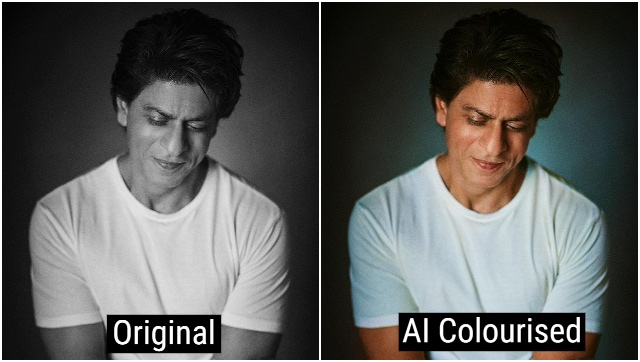 Black and white photos have a retro charm that most colour photographs lack. Having said that, there are tons of iconic photographs that were taken originally in black and white, which, has often made us wonder how they would look, had they been shot in colour.

All you need to do is upload a digital copy of the black-and-white image that they want to convert, and get the image converted. After you upload an image, the site’s sleek interface provides an estimated caption or a description of what it thinks it sees in the picture. If you don’t like any of the preset colour filters, you can click the pencil icon to edit the caption yourself, which guides the colourisation model using a text prompt.

To test this out, we used one of Netaji Subhash Chandra Bose’s most iconic portraits of all time. The AI tool that works behind the scenes at ‘Palette.fm’ did a pretty spot-on job of converting the black and white image into colour. Moreover, it was able to capture what colour photos from a long-gone era would look like – the converted image has a haze, plus some grain as well, which would be typical of film from the 1900s.

‘Palette.fm’ uses a deep learning model to classify images, which guides its initial guesses for the colours of objects in a photo or illustration.  When asked how exactly the AI tool knows which colours to pick, Wallner said he did not want to get into the details. “I’ve made a custom AI model that uses the image and text to generate a colourisation,” Wallner added. One model creates the text and the other takes the image and the text to generate the colourisation.”

We also used one of Shah Rukh Khan’s most iconic black-and-white portraits from recent years and had it converted, just to see how it would deal with more modern and recent photographs. This colourisation also helped us figure out just how much accuracy the AI-based tool picks the initial set of colours.

‘Palette.fm’ is available as a free service as of now, but Wallner plans on adding a paid option. The site processes the images online, in the cloud.

The process of colourising old black-and-white or sepia-toned photos into colour isn’t exactly new. There are several photoshop plug-ins that have been used by professional photographers and restorers, which claim to do just that. Moreover, Wallner himself has been working on AI-powered colourisation for five years.

What stands out though is the realism of the photos that get converted. Most of the images that have been colourised using primitive filters are very bad to look at. Such images look like bad watercolour paintings. The AI tool’s colourised photos however, look very realistic.