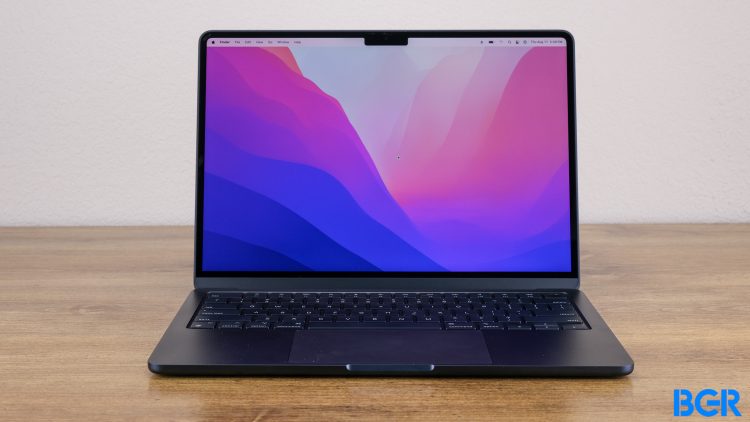 All of that made me realize that we’ve reached a level of tech sophistication that makes Apple’s entry-level and mid-range devices incredibly useful. And that you don’t have to buy the Pros to get a fantastic experience. Forget the iPhone Pro, iPad Pro, and MacBook Pro if you don’t need any of the Pro features. Instead, you should go for what I’m about to call the “Apple Air” experience and never look back.

What is the Apple Air experience?

There’s no such thing as Apple Air, of course. I’m using that phrase to describe an entry- to mid-range level of Apple devices. And I’m using the word “Air” because some of the products I’ll mention happen to use this word in the product name.

These are the iPad Air and the MacBook Air, although the latter is really the product that made this marketing term so famous. The MacBook Air was once costly, despite not offering Pro features. It was the slim design that people loved, a design that Apple kept in place for years. Fast forward to 2022, and the MacBook Air is as powerful as the MacBook Pro, thanks to Apple’s significant innovations in the silicon department.

The iPad Air isn’t as popular as the MacBook Air. But it still ticks similar boxes. The M1 iPad Air is practically an iPad Pro without a few bells and whistles.

What are other Air devices?

Buyers looking to get Apple devices on the cheap will love this Apple Air experience. Especially if they do not need the Pro features that come with the more expensive iPhone, iPad, or MacBook.

These Pro features include better screens that support 120Hz refresh rates and more raw power in terms of processor and GPU performance. And more RAM. They also get better cameras, especially the iPhone.

But if you’re looking to save money on brand-new Apple devices, especially in this economy, you can look at Apple’s more affordable devices — what I’m calling the Airs. Note that I did say brand-new gadgets. You can score great deals on used, lie-new Apple products online, including the Pros that we’re about to avoid.

With the iPad, things are even more straightforward — or complicated. The cheapest iPad is the $329 64GB iPad 9 that Apple launched last year. But here, you might want to spend $449 on the brand-new 64GB iPad 10 because it comes with a USB-C port. The $599 64GB iPad Air gets you the M1 processor upgrade.

We got the iPhone, iPad, and MacBook out of the way, but that still leaves the accessories. The $249 2022 Apple Watch SE will be a fantastic mid-range wearable. It rocks the same dual-core S8 chip as the more expensive Apple Watch Series 8 and Apple Watch Ultra. But it features an older design and doesn’t support the latest health tracking features. Still, it’s a great “Air” device to tide you over until you’re ready to purchase something more expensive.

The AirPods (2nd generation) are Apple’s cheapest AirPods. They don’t feature the new design of the 3rd generation and don’t support active noise cancelation like the AirPods Pro. But will they deliver an impressive music experience? Absolutely. Priced at $129, they’re great wireless earphones to purchase. And you’ll often find great deals from other retailers.

How much does the Apple Air experience cost?

But you don’t have to purchase everything at once. Also, getting a MacBook and iPad at the same time might be overkill. The iPhone is easily the priority, especially if you’re upgrading.

That said, your mileage might vary. You might find great deals on these devices to lower the entry price. And you might complete your Apple gear collection over a few years. That’s another great thing about buying Apple. These devices will last for years. But if you’re not looking for the Pro experience, you should aim for great value for your money. Switch to the Apple Air experience and never look back. You won’t be sorry.

Formula 1 Japan Livestream: How to Watch the Race Live