Got a Google Pixel Watch? Get this watch face 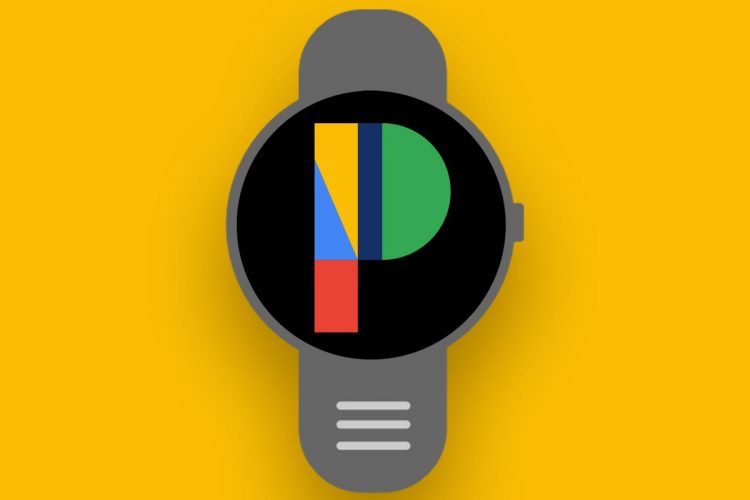 I’ve been wearing the watch for the past few weeks, bathing and slumber-time notwithstanding, and here’s the twist: I absolutely did not expect to enjoy it.

I was actually really into Wear OS and Google’s smartwatch odyssey early on, too, way back when the platform first came out in the prehistoric era of 2014. But then, well, a couple things happened:

So suffice it to say, I assumed my journey with the new Pixel Watch would be an interesting technological diversion but a short-lived adventure I’d be eager to abandon.

Boy, was I wrong.

Wearing the Pixel Watch has felt like reconnecting with an old friend — like picking up where Google’s original Wear vision left off. It honestly almost seems like the last several years never even happened in terms of Google’s smartwatch strategy. This is the natural evolution of Wear’s infant years, when the underlying concept was sound but the hardware wasn’t quite up to snuff. This is what Wear should have been (and could have been!) all along.

It may have taken a comically typical déjà-vu-inducing flip-flop to get us here, but the Pixel Watch is a surprisingly pleasant experience from the perspective of someone who wants this type of tech to stay out of the way and simply be helpful without being intrusive.

All of that said, there’s one place where the Pixel Watch experience feels like it could use some extra pizzazz — and that’s in the selection of watch faces that come preloaded on the device. Now, don’t get me wrong: The default Pixel Watch face options are fine, and some of ’em are actually quite nice. But none of ’em feel like they fully hit the nail on the head, highlight the most helpful parts of the Pixel Watch possibilities, or capture the essence of what the Pixel Watch is supposed to be.

Thankfully, a third-party developer has stepped up to fill that void.

My friend, allow me to introduce you to my favorite Pixel Watch find so far: the aptly named Pixel Minimal Watch Face add-on.

I won’t beat around the bush: This face feels like what should have been the default design that shows up the second you first power the Pixel Watch on. You’d really think Google itself had created it — and the goodness goes much deeper than the surface.

Yes, the look of the Pixel Minimal Watch Face is decidedly — well, Pixel-like. Googley, even, one might say. And particularly for anyone who’s a fan of the more minimalist, uncluttered style that’s associated with Google’s Pixel products and smartphone software, that’s a very welcome touch.

But a Wear OS watch face is much more than just a comely outer layer. It’s the smartwatch equivalent of an Android launcher — a home screen, really, and your personal productivity hub. And just like with launchers on Android, optimizing that space for maximum efficiency can make one heck of a meaningful difference.

Boy howdy, does this Pixel Watch face do it right. More than anything, the Pixel Minimal Watch face makes it easy to keep the stuff you need front and center. That includes empowering you to choose which widgets (a.k.a. complications) you see on the main face area, with options ranging from built-in Pixel Watch functions like battery level and various health-related items to custom app shortcuts, calendar info, and even a world clock in case you work with crawly creatures from around the globe.

That alone has been a huge step-saver and productivity-booster for me. But the best part is the face’s ability to seamlessly integrate with your phone’s notifications and emulate your Android phone’s status bar area — with simple icons indicating which alerts are currently pending for easy at-a-glance ingestion.

You can still swipe up on the Pixel Watch’s screen to see or interact with any of those notifications, of course. But having that at-a-glance view is an invaluable addition and something so sensible for this form, it’s almost shocking that other watch faces don’t offer it — especially once you get used to having it present.

Also true to the Android launcher analogy, the Pixel Minimal Watch Face is as customizable as can be. The face’s settings area, which you can access by long-pressing the watch face itself once it’s installed, allows you to control everything from the size and number of widgets to the clock style and the coloring of virtually every visible element.

It’s simultaneously simple and packed with power — and it’s refreshingly easy to use. It really is what you’d think the Pixel Watch’s out-of-the-box environment would have been.

The Pixel Minimal Watch Face is free to download and try, though most of its more advanced options and customization controls require a one-time $3 upgrade to the app’s premium version (which is done through the app itself, via its phone-based companion). And it’ll work on most any Wear OS watch, too, so you can even bring its Googley-feelin’ Pixel-like vibe onto a non-Pixel-Watch wearable, if you’re so inspired.

All in all, it’s a splendid upgrade and an effortless addition that’ll completely change how you experience your watch — whether you’ve been a Wear OS admirer all along or you’ve just recently been won back over.

Hey — don’t let yourself miss an ounce of Pixel magic. Come treat yourself to my new Pixel Academy e-course and uncover oodles of hidden features and time-savers for your favorite Pixel phone.