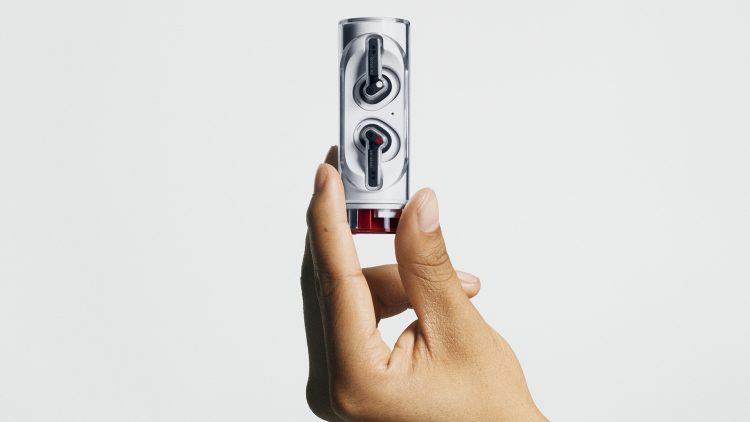 Nothing launched the Ear 1 true wireless earbuds last year, being the first product from the startup company. It’s not stopping with these earbuds though, as the company has now launched the Nothing Ear Stick.

The Ear Stick differs from the Ear 1 in a number of ways, starting with the earbud design. Expect the new product to offer a semi-open design as opposed to the Ear 1’s in-ear form factor, with Nothing claiming they tested the design on 200 different ear shapes. The Ear Stick buds are also smaller and lighter than the previous release.

You’ve also got a different case design, as the Ear Stick name implies, with Nothing saying the case was inspired by lipstick. In fact, the company says it twists open and can be opened with one hand. This all vaguely resembles the Nokia 7280, also known as the “lipstick phone,” which was released back in 2004.

What else should you know?

Nothing’s new earbuds also differ when it comes to specs and features. For one, the Ear Stick buds lack active noise cancellation (ANC). You’ve also got 12.6mm drivers here as opposed to the Ear 1’s 11.6mm drivers, as well as press-based gesture controls rather than the previous product’s swipe-based approach.

The company is also touting Bass Lock technology that measures how much bass is lost based on your ear shape and the fit of the buds, and then automatically tunes the bass levels accordingly.

Nothing Ear Stick: Hot or not?

As for endurance, the Nothing Ear Stick boasts a claimed battery life of seven hours as opposed to the Ear 1’s five to six hours of quoted juice. The charging case should deliver a total of 29 hours of battery life, which falls short of the Ear 1’s 34 hour figure.

Expect to pay $99 when the Ear Stick goes on sale in the US, while UK customers will need to splash out £99, and those in the EU will need to cough up €119. The new Nothing buds will only be available in a white colorway. The product goes on sale from November 4.

Either way, the lack of ANC and reduced battery life from the charging case means the Ear Stick isn’t a slam-dunk upgrade over the earlier release. But the unique case design and tweaked earbud design still makes it stand out from the already interesting Ear 1, especially now that these old buds have received a price hike.

Peak Android but only one storage variant- Technology News, Firstpost

Formula 1 Japan Livestream: How to Watch the Race Live