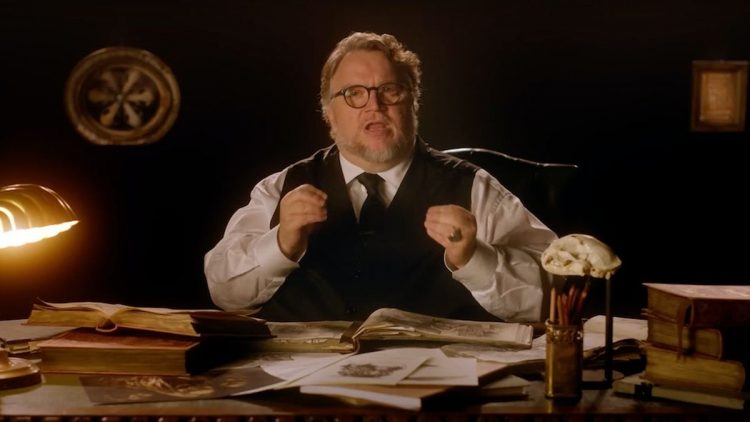 The last week of October brings us a new spooky TV series to stream, courtesy of Oscar winner Guillermo Del Toro. We also have a mysterious new limited series from the UK, a new season of a very adult animated show, and a reality competition series about drinking, all on Netflix. Plus, the second season of a Disney Plus kid’s adventure show and the second season of an Emmy-winning HBO series. Let’s look at the best new TV shows to stream this week.

Guillermo Del Toro, the Oscar-winning director of films like Mimic, Blade 2, and The Shape of Water, is inviting subscribers of  Netflix to check out this eight-part horror and fantasy series. It’s like The Twilight Zone, but scarier, with a bigger budget, and with Del Toro taking on the Rod Serling role as host and overall creative guide for this show. It’s the perfect way to end this year’s “spooky season” of new horror and Halloween-related shows and movies.

Inside Man Season One (Netflix, October 31)

After first launching in the UK on the BBC a few weeks ago, this four-part limited series debuts in the US on Netflix on October 31. Written by Steven Moffet (Doctor Who, Sherlock), the series features Stanley Tucci playing a prisoner in the US on death row. It also has David Tennant as a vicar in the UK who is picking up someone from a train station. There’s also a journalist (Lydia West) who is looking for a story. What do these three different people have in common?

This popular Netflix animated series is back for a sixth season. If you are unfamiliar with the show, it’s all about a group of young New York City teenagers who are starting to explore more than just their neighborhood. They are urged on in their journey through puberty by hormone monsters, which are small creatures that constantly seem to badger these kids into interesting situations. Needless to say, this show is not for kids, despite its characters.

Disney Plus brings back this kid’s adventure show, based on the best-selling children’s book series, for a second season. In the first season, a group of young people is tasked by the mysterious Mr. Benedict (played by Tony Hale) to save the world from the evil Dr. L.D. Curtain, who is also Benedict’s twin brother (and also played by Tony Hale). The second season begins with the disappearance of Mr. Benedict, so the kids try to find them, only to discover the next evil plan of L.D. Curtain.

Disney Plus offers thousands of TV episodes and movies from across the Disney library, including its Pixar, Star Wars, and Marvel shows and films, along with exclusive TV series and movies.

HBO and its streaming service HBO Max got a huge critical hit in 2021 with The White Lotus, a dark comedy series about a family’s adventures at the Hawaiian resort location of The White Lotus. Now the series is getting a second season, starting on Sunday. This time, the location for The White Lotus resort is on the coast of Sicily. Jennifer Coolidge reprises her role as Tanya McQuoid-Hunt from the first season, but the rest of the second season cast is all new. It includes F. Murray Abraham, Theo James, and Aubrey Plaza. Mike White, who won Emmy Awards for writing and directing the first season, is back again for the second.

Other shows to check out

There are some other new shows and new seasons of previous shows that are debuting this week:

If you missed last week’s column, here’s a look at our previous week’s picks for the best TV shows to stream.

From Scratch Season One (Netflix)

Fans of Netflix’s romantic drama Virgin River might want to check out this new limited series, based on a best-selling memoir. Zoe Saldaña (Guardians of the Galaxy, Avatar) plays an artist who is visiting Italy. She soon becomes romantically involved with a local chef. However, both of their families come together when he starts battling health problems.

Amazon Prime Video debuts a new sci-fi drama based on a novel by William Gibson, and executive produced by the team behind HBO’s Westworld. Chloë Grace Moretz plays a video gamer who gets hold of a next-generation virtual reality device. When she puts it on, she really feels like she is in a world that several decades into her future. However, this world may be more real than virtual.

Don’t let the generic title of this series fool you. This heartfelt teen drama on Amazon Freevee is based on the acclaimed memoir written by the alt-rock music duo (and twin sisters) Tegan and Sara Quinn. Set in the 1990s, we see these sisters navigate through school, relationships, and family. In addition, they also slowly discover their love of music.

One of us is Lying Season Two (Peacock)

Here’s another teen drama to check out, this time on Peacock but with a more melodramatic tone. The first season introduced us to a group of five teens who went into detention one day, only for one of them to die rather mysteriously of an allergy, and the rest of the group are all suspects. The end of the first season ended with yet another death, but now this group is getting messages from an unknown texter, claiming they know who is responsible for this new death. What will happen next?

Stand-up comedian Amy Schumer became a household name nearly 10 years ago with the debut of her Emmy and Peabody award-winning sketch comedy series on Comedy Central. It’s been over six years since the show’s last season dropped, but finally, Paramount Plus is debuting a five-episode Season Five of the show this week. Look for Schumer to use humor and sketches to poke fun, and perhaps more, on some high-profile topics and themes.

Paramount Plus includes thousands of movies and TV shows from CBS, Showtime, and Paramount Pictures. It also includes new and original movies like The Good Fight, Infinite, and more.

Game of Thrones: House of the Dragon Season One Finale (HBO Max)

The prequel series to Game of Thrones has proven itself to be as good, if not better, than its parent show, and it’s become big ratings hit for HBO and its streaming service HBO Max. You can now see if the show’s cast and crew can stick the landing with the final episode of the first season. Who will control the Iron Throne and, therefore, Westeros? Two sides have formed, and people are picking which one they want to support. Will we see an all-out civil war in this final episode?

Bigger Together: How to Maximize Mainframe’s Value