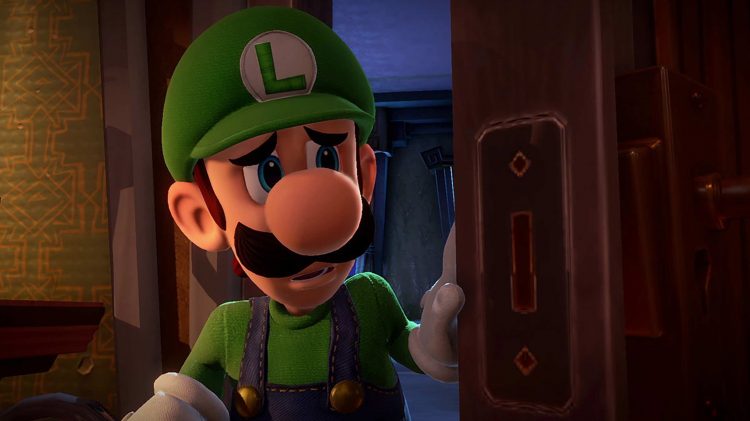 The days are getting shorter, the leaves are changing colour, and Halloween is just around the corner. It’s the perfect time to introduce more scares into your gaming catalogue to help usher in the spooky season.

I have put myself through some truly harrowing virtual experiences to bring you my favourite horror video game picks for the Fall. From brand-new titles to classics, let’s explore some hair-raising experiences from family-friendly Hallows’ Eve titles to more mature games.

Let’s ease into the video game terror fest by starting with a couple of kid-friendly games that won’t leave you screaming in fear. My 8-year-old loves playing these with me — they’re fun, slightly spooky and relatively harmless when it comes to scares. If you’re looking to turn your Halloween gaming experience into a family affair, or just want to slowly wade into bone-chilling games, check out these titles.

The recent release of Ghostbusters: Spirits Unleashed did not disappoint. It’s not without its flaws, but it’s a perfect game for Halloween and uses a lot of the movie series’ source material in creative ways. The characters are fun and quirky, with tons of great voice-acting talent to liven up the experience.

In the first few moments of the title, Canada’s own Dan Aykroyd reprises his role as Ray Stantz. If you are a fan of Ghostbusters, this game offers waves of fun nostalgia. You create your own Ghostbuster trap ghosts or play as one in this isometric multiplayer experience. Teaming up online and bagging or becoming a ghost lets you upgrade your character’s gear and abilities.

Ghostbusters: Spirits Unleashed is available on PC, PlayStation and Xbox. The game costs $51.99.

Luigi’s Mansion 3 is a slightly older title, but it’s still an absolute classic. In the game, Luigi ends up entering a haunted hotel and trying to find his missing brother Mario. The graphics are cartoony and the controls aren’t too demanding, making it suitable for younger players. At the same time, the title offers some great scares along with unique gameplay mechanics. Players use Luigi’s vacuum cleaner (the Poltergust 3000) to suck up ghosts to capture them and progress.

Luigi’s Mansion 3 is available on the Switch for $79.

If you’re looking for something truly terrifying, then these mature horror titles should do the trick. They range from psychological thrillers and classic survival horror games to more abstract experiences that will make your skin crawl. Brace yourself, from gore to jump scapes, this list isn’t for the faint of heart:

The Last of Us Part I

Originally released in 2013, this masterful survival horror experience has recently been remastered for the PlayStation 5. If you’re looking forward to the upcoming HBO series based on the game, this is an excellent jumping-off point. The plot centres around Joel and his young companion, Ellie, as they navigate through post-apocalyptic America. They face off against hordes of infected zombie-like baddies that have been infected with the Cordyceps fungus. Not only will you have to navigate through claustrophobic environments, but you’ll also need to engage in resourceful planning and combat skills to survive.

If you are a fan of summer slasher films, then The Quarry is worth checking out. The game follows a group of teenage camp counsellors trapped in the woods as they fight to survive the night. As each counsellor is picked off by a mysterious creature, you’ll need to stay on your toes and use your wits to solve puzzles and find clues to survive the wilderness. Your choices will affect the outcome of the story and who lives to see the sunrise. Developer Supermassive recently added a creative take on couch co-op and online multiplayer mode, so you can share the scares with your friends.

The Quarry is available on PC, Xbox and PlayStation. The game costs $89.99.

If you’re a Resident Evil fan, Capcom has a treat dropping right before Halloween on October 28th with Resident Evil Village Gold Edition. This latest edition will include some key features that build on the original game with the “Winters Expansion.” This content offers an entirely new chapter that takes place 16 years after the events of Resident Evil Village, a new third-person mode and new stages and playable characters like Lady Dimitrescu for The Mercenaries mode.

If you’re looking for a truly unique horror experience, then Scorn is an excellent option. Created by the Hungarian studio Ebb Software, this game offers a truly creepy atmosphere and a surreal storyline. Players must navigate through detailed organic environments that look like something out of an H.R. Giger painting as they search for clues about their mysterious surroundings and origins. The creatures in this game are particularly disturbing, making it perfect for those who want some nightmare fuel on Halloween night.

Scorn is available on PC, Xbox and PlayStation. The game costs $51.99 and is part of Xbox Game Pass.

Red Hood’s gun-focused combat is delightfully brutal. There’s just something for me that makes the Batman universe synonymous with Halloween. Its dark, foreboding setting of Gotham City, combined with villains like Clayface, Man-Bat, and Scarecrow that are ripped straight from my nightmares, really set the stage for some creepy showdowns. Gotham Knights is a new action game releasing right before Halloween.

In Gotham, players take on the role of either Nightwing, Batgirl, Robin, or Red Hood and fight criminals and corruption in the city. Crime is on the rise in the city after tragedy strikes and Batman is no more, so it’s up to the new group of vigilantes to step up and keep the city safe during Batman’s absence.

Gotham Knights is available on PC, Xbox and PlayStation. The game costs $89.99.

Outside of Halloween, there are some terrifying-looking games launching later this year, and in January. The Callisto Protocol, a space-based survival horror game directed by Glen Schofield, is currently slated for early December. Schofield co-created the Dead Space franchise, so you know this game is going to be scary and very gory. The initial teaser trailer and early previews have many gaming horror fans excited, myself included.

On the subject of Dead Space, a remake is also on the way for the end of January. Both a new and a seasoned generation of gamers will get to experience the terrifying journey of Isaac Clarke. Dead Space was originally released in 2008, and follows an engineer as he explores a deserted mining ship infested by creepy aliens known as Necromorphs. The atmosphere is unsettling, the enemies are gruesome and there’s plenty of gore to keep even the most hardened horror fan entertained. If you love scares and gore, I recommend keeping an eye on these two titles — they both look very promising.

Whether you’re looking for a truly terrifying survival horror experience or just want to get into the Halloween spirit with some creepy games, there’s plenty of options to choose from this fall and winter. So keep the scares coming, and Happy Halloween!

How to Get Slack’s Paid Features for Free