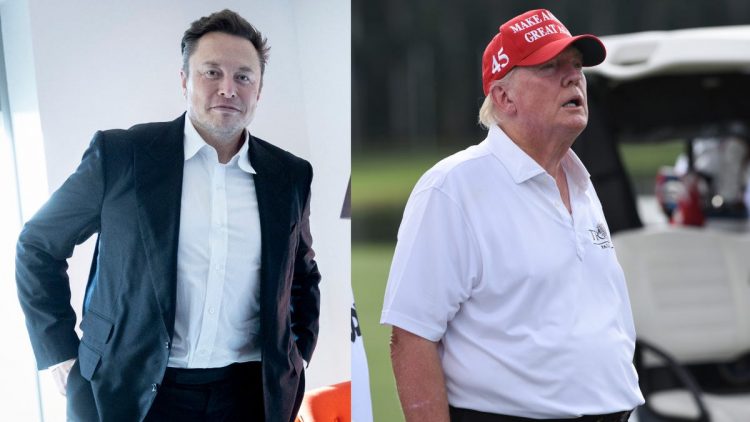 Elon Musk fired at least four senior executives at Twitter and is expected to make himself CEO after finalizing the deal to buy the company for $44 billion on Thursday. Users of the social media site are bracing for sweeping changes to the platform, including the reintroduction of white supremacists like former president Donald Trump, who was banned shortly after his attempted coup at the U.S. Capitol on January 6, 2021.

And while it’s not immediately clear who Musk plans to install in order to replace all those people, Bloomberg News reports Musk will appoint himself CEO, despite already being the chief executive of SpaceX and Tesla.

“the bird is freed,” Musk tweeted shortly before midnight.

Musk has previously expressed interest in turning Twitter into the kind of “super app” that’s more common in countries like China, where apps like WeChat handle a much larger variety of services, including payments.

The hostile takeover deal at $52.40 per share, which Musk tried to nix over supposed concern about the number of bots on Twitter, includes financing from U.S. oligarch Larry Ellison, Prince Alwaleed bin Talal of Saudi Arabia, Sequoia Capital, and Qatar’s sovereign wealth fund, among plenty of others. Binance CEO Changpeng Zhao tweeted overnight that the cryptocurrency company also contributed $500 million to the deal.

Twitter will be delisted from the stock market on Friday, becoming a privately owned company, and will take on $13 billion in debt in the deal, according to the Wall Street Journal.

A report from the Washington Post claimed last week that members of the Biden administration had considered putting the Twitter deal under a national security review, given Musk’s extensive foreign financing and proximity to the Chinese Communist Party, but the White House denied the accuracy of that report this week.

Musk sought to calm the considerable concerns of Twitter’s large corporate advertisers on Thursday with a statement on the social media platform outlining his vision for the future. And despite previously calling himself a “free speech absolutist,” Musk assured advertisers the site would be “warm and welcoming to all,” promising it wouldn’t become a “free-for-all hellscape.”

Far-right users of Twitter were unquestionably joyous overnight, with many thanking Musk for buying the platform and quickly firing executives. Ian Miles Cheong, a Malaysian influencer on the social media site who previously worked for Milo Yiannopoulos, encouraged his followers to post offensive memes late Thursday. The thread was filled with the kinds of transphobic, racist, and antisemitic tweets that regular users of the site are concerned will become much more prevalent now that Twitter is owned by Musk.

Yiannopoulos, a Nazi-adjacent shock personality who in recent years transitioned into a gay conversion therapy guru, is just one of many people who’ve been banned from Twitter over the years for extremist language who will likely have the opportunity to get their accounts reinstated. Others include conspiracy theorist Alex Jones, anti-Muslim bigot Laura Loomer, holocaust denier Chuck Johnson, former Grand Wizard of the KKK David Duke, and former Trump advisor Roger Stone.

Will brands like Pampers and Oreos still buy advertising on Twitter so that those all-American names can appear next to David Duke’s particular brand of race-hate? Probably not. And advertisers have already expressed concerns about everything from hate on the platform to Musk’s potential conflicts of interest accepting automotive advertising given that he’s already CEO of electric car company Tesla.

As the Wall Street Journal reported this week, at least a dozen major brands have asked to pause all advertising on Twitter when Donald Trump is reinstated, while others are in “wait-and-see mode.” Advertising made up 89% of Twitter’s in revenue last year, totaling over $5 billion, according to the Wall Street Journal, and any major shortfall is unlikely to be made up in some kind of subscription based model, as Musk has talked about in the past.

And while Trump has previously said he wouldn’t re-join Twitter, even if he were allowed, that’s obviously bullshit. Trump clearly enjoyed having a way of communicating with the public directly and his activity on rival social media site Truth Social has been more or less ignored by the public at large since he left office.

Twitter is a tiny social media company compared with other big names like Facebook, Instagram, and TikTok, but it’s spent the past decade as the digital water cooler of political journalists. Trump certainly knows that getting back on Twitter would get him the attention he so desperately craves and would allow him to plant the necessary seeds for sowing even more hate and division before taking a stab at running for president again in 2024.

Unfortunately for humanity, the timing of Musk’s purchase is great for Trump, since he’ll have plenty of time to get his messages out before the state primaries and caucuses, to say nothing of the midterm election that’s happening November 8. Trump followers have already promised they won’t accept any result that doesn’t see Republicans win across the board. And if Republicans sweep the House, they’re almost certain to impeach President Biden for imagined crimes against the Trump faithful.

It’s going to get a lot worse before it gets any better.