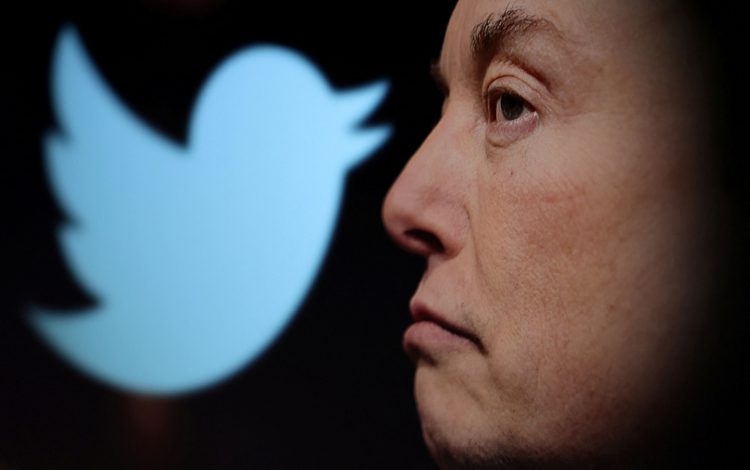 An emboldened cast of anonymous trolls spewed racist slurs and Nazi memes onto Twitter in the hours after billionaire industrialist Elon Musk took over the social network, raising fears that his pledge of unrestricted free speech could fuel a new wave of online hate.

The flood of racist posts was among the most prominent signs of how Twitter had changed in the first hours of Musk’s ownership. But those who were expecting even bigger changes, such as the restoration of former president Donald Trump’s account and the layoff of hundreds if not thousands of Twitter employees, will have to wait longer.

Musk on Friday tweeted that he would make “no major content decisions or account reinstatements” until the convening of a new “moderation council.” He promised that the council would have “widely diverse viewpoints” but offered no other information about who would be on it, how its members would be selected, what authority it would have or whether its views would be binding on the company.

Musk’s social media rival Mark Zuckerberg, chief of Facebook’s parent company, Meta, also turned to an outside group — known as the Oversight Board — to pass judgment on Facebook’s social media moderation actions after years of public criticism of its decisions. But whether Musk has a similar arrangement in mind was unknown.

Paul M. Barrett, the deputy director of New York University’s Center for Business and Human Rights, said such a council under Musk would face even more skepticism because of Musk’s “notoriously erratic and imperious personality.”

“To make an advisory body work, he would have to give it some degree of independence and make it very transparent,” Barrett said. “Frankly, I am not that optimistic, but as the whole Musk-Twitter saga has illustrated, he is full of surprises.”

Musk also did not meet with Twitter’s employees, something that had been widely expected — or, in some cases, dreaded. Rumors of widespread layoffs have roiled Twitter’s workforce since The Washington Post revealed last week that Musk had told potential investors that he foresaw cutting Twitter’s staff by nearly 75 percent. No layoffs were announced Friday, and Twitter workers at its headquarters in downtown San Francisco reported that they heard nothing from senior managers during the day.

Twitter did hear from one major advertiser, however, the auto manufacturer General Motors, which told CNBC that it was temporarily suspending advertising on the platform until the direction of the company under Musk becomes clearer. On Thursday, Musk tried to assuage advertiser worries in a tweeted letter in which he promised that the site would not become a “hellscape” or a “free-for-all” and pledged that the app would remain “warm and welcoming to all.”

Within hours, Musk’s portrayal of himself as a “free speech absolutist” and his fierce criticism of the company’s previous leaders as overly rigid and suppressive seemed to have encouraged a wide range of anonymous Twitter accounts to act as if his takeover meant the old rules against bigotry no longer applied.

“Elon now controls twitter. Unleash the racial slurs. K—S AND N—–S,” said one account, using slurs for Jews and Black people. “I can freely express how much I hate n—–s … now, thank you elon,” another said.

Racial slurs were posted rampantly. One single-word tweet, showing a single racial slur in all capital letters, was retweeted more than 700 times and liked more than 5,000 times. It was tweeted Thursday night and remained online more than 16 hours later.

One account, created this month, included a Nazi swastika as its profile picture and retweeted quotes from Musk alongside antisemitic memes. Another tweet, showing a video montage glorifying Nazi Germany with the comment, “I hear that there have been some changes around here,” was liked more than 400 times.

The Network Contagion Research Institute (NCRI), a group that analyzes hundreds of millions of messages across social media, said use of the n-word on the app spiked nearly 500 percent over the 12 hours after Musk’s deal was finalized.

Elon Musk takes over Twitter, declares ‘the bird is freed’

By Friday afternoon, misogynistic and anti-LGBTQ messages had become increasingly prominent, including from accounts calling for the harassment and misnaming of transgender people or the use of terms, like “groomer,” to insinuate that they sexually recruit children.

Some accounts, including that of conservative commentator Matt Walsh, celebrated Musk’s takeover as helping supercharge opposition to “the trans agenda.” The “liberation of Twitter couldn’t have come at a more opportune time,” Walsh tweeted to his more than 1 million followers. “Now we can ramp up our efforts even more.”

The Human Rights Campaign, an LGBTQ civil rights group, said in a statement Friday that it was “very concerned” about Musk’s ownership. “Twitter has a right, and a responsibility, to keep its platform from being exploited to fuel a dangerous media environment,” the group said. “This isn’t about censorship or discrimination of ideas — it is about what kind of company they want to be and what kind of world they want to shape.”

Some of the Twitter influx was organized on other platforms, including on the anything-goes message board 4chan and the pro-Trump forum TheDonald, where its top posts Friday showed tweets celebrating lies about Trump’s 2020 election loss and memes criticizing transgender people under the headline “When you can’t get banned on Twitter anymore.”

“Cold Meme War, [Twitter] Defenses Down, Fire Away,” another poster said, attaching an image of a soldier with a rifle and a “Make America Great Again” hat.

Alex Goldenberg, NCRI’s lead intelligence analyst, said the swarm of racial slurs organized on anonymous forums such as 4chan was intended “to make as big a mess as possible for Twitter’s new management.”

“Online trolls regularly test the limits of moderation,” Goldenberg said. Rather than a “paradigm change” at the company, he said, the spike could show that these groups “are seeking to give Elon Musk all he can handle.”

Musk’s acquisition and almost-instant firing of Twitter’s top executives was also widely celebrated in Telegram groups devoted to QAnon, the jumble of pro-Trump extremist ideologies and baseless theories. “Sometimes it takes a while, but the good guys win,” one QAnon influencer wrote.

Some Twitter rules, however, still appeared to apply. Stew Peters, a far-right conspiracy theorist and radio host who was banned from Twitter, created a new account Thursday night and posted, “I’m BAAAAAAAAAAACK.” By Friday morning, however, the account had been suspended.

But Musk’s takeover is still fresh. After a right-wing influencer tweeted that he continued to be “shadowbanned, ghostbanned [and] searchbanned” on the platform, Musk tweeted Friday morning that he would “be digging in more today.” (After Musk’s reply, the account tweeted about “liberal tears” and celebrated gaining more than 40,000 followers.)

Twitter and other social networks have used the labels since the 2016 election to defend against foreign election interference and misinformation.

Margarita Simonyan, the editor in chief of the Russian government-backed broadcaster RT, called for Musk to remove the “shadow ban” from her account and appealed to his stated commitments to “free speech.”

But European regulators reminded Musk on Friday that they’d be closely scrutinizing any changes he made to the platform, 75 percent of whose users live outside the United States. A sweeping new law set to come into force in the European Union would force Twitter and other tech companies to fight misinformation and limit the spread of illegal content. E.U. officials said during a news conference Friday that they will be watching to make sure Twitter complies with these new regulations, known as the Digital Services Act.

“In Europe, the bird will fly by our rules,” Thierry Breton, an E.U. commissioner who has helped oversee tech policy, tweeted Friday, a reference to Twitter’s bird logo. Musk earlier had tweeted that the bird had been uncaged.

Alex Stamos, a former Facebook chief security officer who now leads the Stanford Internet Observatory, said the pitfalls and complexities of online content moderation will quickly become apparent to Musk, whose other business ventures, such as Tesla and SpaceX, could require interaction with foreign governments seeking to gain influence over Twitter’s reach.

With so much “at stake in China,” Stamos tweeted, “what is Musk going to do with these public requests to lift labeling on state propagandists and private asks to stop looking for covert influence campaigns?”

One person who remained noticeably absent from Twitter on Friday was Trump, whose account was indefinitely suspended because of fears of violent incitement after a crowd of his supporters stormed the U.S. Capitol on Jan. 6, 2021.

Musk has said he would end lifetime bans, including Trump’s, on the basis that they weaken Twitter’s role as a platform for free expression. Trump, however, told Fox News on Friday that he would stay on his own company’s smaller Twitter clone, Truth Social, even if he was invited back, adding, “I don’t think Twitter can be successful without me.”

How to Make a Family Tree in Microsoft Excel