by Staff Writer
in Development 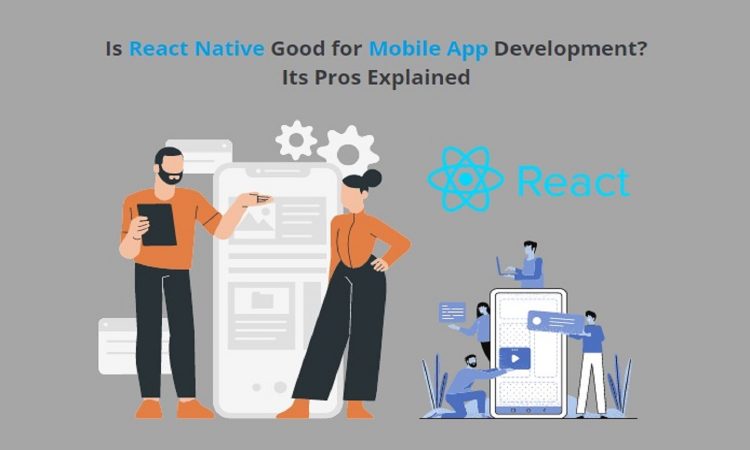 React Native is a highly demanding, fast and low-cost programming language used by iOS developers in cross-platform JavaScript framework. It helps developers to create a mobile applications for iOS and Android platforms. If you are searching for a business application, React Native is a reliable option. Developers can build an advanced application through react native in a minimum time and at a low cost. Now, most applications are built with Native and provide an exquisitely addictive user experience.

React Native App development services can be implemented in any mobile application. It is usually fitted in almost every application except a first-paced, graphically intense game that requires advanced coding skills.

Here major of the code (almost 95%) is cross-platform, meaning React Native is compatible with iOS and Android. Here they only need to write code for a single application and create two similar applications automatically. It saves a lot of time during app creation. React Native allows businesses to develop two applications simultaneously within less time and at less cost. Also, business does not have to think about which app need to publish first.

Furthermore, upgradation and maintenance can also be done at the same time. So, no extra expenses at the time of construction and deployment.

React native applications perform almost the same as the native application created on the iOS and Android platforms. It includes easy programming languages beneficial for mobile devices. React JS does not solely depend on the Central Processing Units ( CPU); instead, it uses a Graphic processing unit ( GPU). The final consequence is the output is pretty prompter than other cross-platform hybrid models.

A large and easy-to-access interface is used in React Native. That means multiple developers of a single team can restart from where another developer left off and start working over there. An extensive and quick accessible surface increase work flexibility. Many developers can work together to update and upgrade mobile applications easily. Not only that, but it also offers enough flexibility to testers by creating easy-to-analyze testing consequences. All these are time-saving and pocket friendly.

It offers a movable framework, so developers don’t need to start from scratch if they need to transfer the application to another new framework soon. Developers can easily export the program from React Native to Android Studio and XCode and kick-start from that point. It is a significant pro to include React Native in mobile application development and leverage its versatility.

React Native comes with a unique feature, known as “Live reloading” or “ Hot reloading”, that allows developers to check and analyze to track changes developers have made in the code; the live preview window will enable them to see quick, visible changes in font-end at the same time. This real-time input provides developers with a significant edge.

Generally, other programming languages and frameworks used to take lots of time to publish changes to a newly made application as developers have to go through the previous in-built process from scratch, which is time-consuming. But, with React native, the procedure gets simplified. Developers don’t need to work from scratch for a simple update. The entire process has become pretty simple, quick and more accessible. Now developers can proceed with changes and make updates using OTA. OTA means Over the Air updates. It can allow upgradation even when consumers are using the application.

There is also no requirement for manual updates as well through the app store because this is authorized by Apple and Android, which efficiently streamlines the whole process.

If you have an application and wish to upgrade it in an inexpensive way, then you can use React Native UI components for existing applications without rewriting the present code. It would help if you remembered that the process is applicable when you desire to improve current software without completely rewriting the code.

No significant cons are there but have to mention few

Do you want to design an advance mobile application with a lower feasibility cost and then collaborate with React JS development company. You can adapt react native to boost your reach and provide services through android applications. Always take assistance from certified React Native developers who have a plethora of experience in this field.

Widget Testing With Flutter: Getting Started

The Pixel 6A, Pixel Buds Pro, and Other Google Devices Are on Sale Right Now