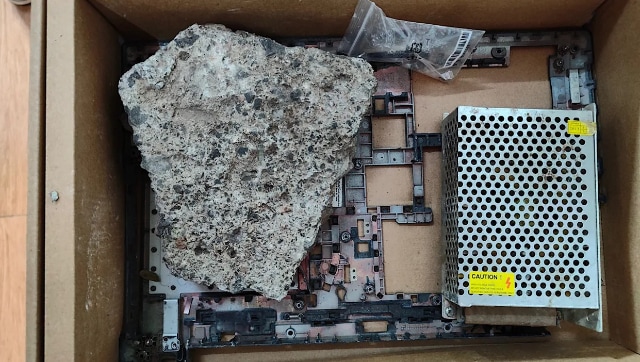 A Flipkart customer from Mangalore who had purchased a gaming laptop during the platform’s annual Diwali sale received a stone and some e-waste instead of his laptop recently.

Sellers on e-commerce platforms like Amazon and Flipkart sending bricks, stones, soaps or potatoes isn’t exactly a new phenomenon, and yet we don’t see these platforms doing anything concrete from something like this happening.

Chinmaya Ramana, a Mangalore resident, had ordered the Asus TUF Gaming F15 gaming laptop on October 15, during the Diwali Sale on Flipkart. Ramana, who also claims to be a Flipkart Plus member, received a package on October 20, which he thought would be a laptop. However, upon opening up the box, he discovered that he had received a large piece of stone and some electronic junk.

Normally, at this point, people would get flustered and have no clue how to go about things. For them, we have a guide on tackling the situation properly and get a proper resolution.

From the pictures that Ramana posted online, the junk seems to be components from a server or other enterprise-level computer. Keeping the fact the Ramana could have potentially been cheated out of tens of thousands of rupees, the contents of the package could have been dangerous.

Electronic waste, especially those that have a lot of scrap metal is often dumped haphazardly in dump sites, where it might react poorly against other chemicals. In this instance, Ramana could have been exposed to a number of harmful chemicals.

E-commerce platforms are increasingly providing services like “open box delivery” as a result of the frequent occurrence of such circumstances. The new “open box delivery” method from Flipkart allows customers to verify that they have only gotten the requested item. However, not all products have the option for an open box delivery.

Ramana says that when he ordered the laptop, he was not given that option. When the customer discovered the stone in the package, they informed the vendor right away and asked for a refund. However, the seller refused.

The seller refused the request, stating that no refund or return could be issued because the item was still in the box when it was sent by him. Ramana alerted Flipkart about the fraud with all the proof the same day. Flipkart told him that they required time to investigate the complaint. He then received an email on October 23 advising him that the seller had declined the return request and that the merchandise had not been harmed in transit.

He claimed that the product’s barcode was damaged and that the package’s warning labels had been removed. After the incident got significant media attention, Flipkart admitted its mistake and offered Ramana a refund.