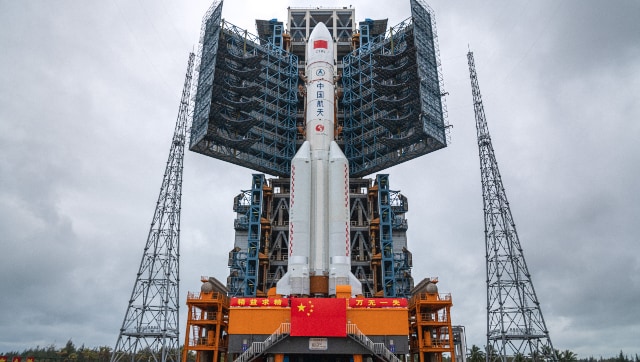 This week, the Chinese space program successfully launched the final piece of their own version of the Tiangong space station. The 23-ton module called Mengtian will provide pressurized volume for scientific experiments and is the final large living area to be added to the Tiangong Space Station.

China has constructed its modular space station, which is similar in form and function to the International Space Station, but smaller, on time and with very few issues. China was forced to build their own space station after the US government banned NASA from working with their Chinese counterparts back in 2011.

To launch the main modules of Tiangong, China had to use a modified version of its powerful Long March 5B rocket. And as part of the overall mission profile, the vehicle’s massive core stage reenters Earth’s atmosphere in an uncontrollable manner.

During a normal launch, a rocket’s large first stage will provide the majority of thrust during the first minutes of launch and then drop away before reaching an orbital velocity, falling back into an ocean harmlessly.

A smaller second stage then takes over and pushes the rocket’s payload into orbit. However, the modified version of the Long March 5B has no upper stage. Rather, it consists of a core stage with four strap-on boosters.

While uncontrolled re-entry of certain components of a rocket isn’t exactly new, and happens very commonly, typically, rocket upper stages and other used space hardware is disposed of by aiming for the remote Point Nemo, in the Pacific Ocean. That will not happen in this case.

On the three previous launches by the Chinese space agency where they have used a similar rocket, back in 2020, 2021, and 2022, large chunks of debris damaged villages in the Republic of Cote d’Ivoire, fell into the Indian Ocean, and landed near villages in Borneo, respectively. Fortunately, no one has yet been injured by this falling debris.

China has largely refused to acknowledge the problem created by this rocket. The commentator on Monday’s launch broadcast by China Central Television, which is owned by the Chinese state, went so far as to say that the core stage would completely burn up in Earth’s atmosphere on reentry. However, engineers and other experts from other space agencies believe that certainly, that will not be the case.

How to Monetize Your Videos