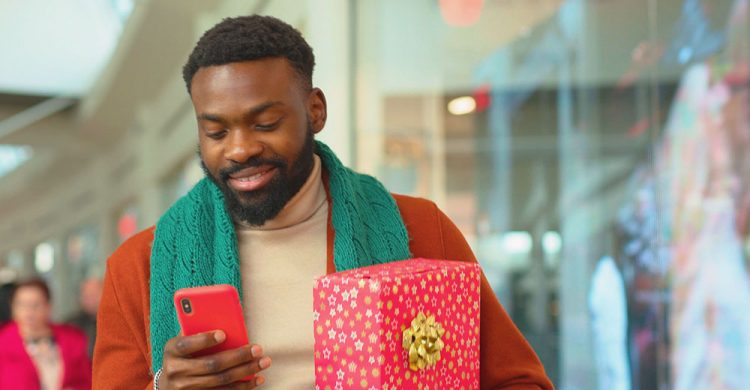 One of the joys of doing my work is getting exposed to scores of new and disruptive products. The Thanksgiving and December holidays are quickly approaching, so it’s the time of year when I’m fortunate enough to evaluate new tech products that merit attention. It’s a tough job, but someone has got to do it.

Keep in mind that my comments are not intended as deep-dive reviews but as initial impressions to spur you to do further investigation and research.

Even though the All-in-One (AIO) PC market has emulated the overall contraction in the desktop PC market over the past few years, the work-from-home phenomenon spurred by the pandemic has proven to be an encore for these convenient, mostly cable-free PCs. However, take note that AIOs typically offer minimal internal upgradeability, which could be a problem for some power users who don’t want those restrictions.

HP is one of the few PC makers that consistently launches new AIO designs yearly. The latest update of the HP Envy 34, currently with a starting price of $1,700, is one of the most beautifully designed models by the Palo Alto-based manufacturer.

Squarely positioned to appeal to creative professionals, it also has broad utility for consumers and mainstream SMB users. The HP Envy 34 has an exquisite non-glare 5K 34″ display, a mobile HD webcam with an integrated shutter for privacy protection, and formidable performance.

Admittedly, comparably priced legacy desktops can offer more power, particularly in the discrete GPU area. But given its extensive feature set, the HP Envy 34 offers outstanding value for my money.

It is the perfect PC for executive offices, home offices, and dorm rooms because of its cable-free nature — it requires only a power cord as the keyboard and mouse connect by Bluetooth.

Integrated on the back of the unit are the typical assortment of interfaces:

Cable management is enhanced with a magnetic clip that helps keep cords organized and within reach, a very nice touch.

Creative professionals will be drawn to the colossal 34″ display that is laid out in a 21:9 aspect ratio with 5K resolution, which puts the Envy 34 display on par with Apple’s vaunted 27″ iMac. I found the 500 nits on this display to be exceptionally bright.

The 5K resolution (5120 x 2160) is common to all models of the HP Envy 34, though more expensive configurations include higher-end, game-friendly Nvidia GeForce RTX 3060 discrete graphics.

Another significant feature users should love is that conveniently mounted in the stand are two more USB-A ports, a media memory card reader, and a third USB-C port.

When configured with a high-end Intel i9-1100 processor, Nvidia RTX 3080 discrete graphics, 32 GB of memory, and 1 TB SSD, the price can quickly climb to $3,430. But reasonably configured models are available for less than $2,000, and it’s the ideal PC for work-from-home users, design-sensitive corporate execs, and professional content creators.

If you’re considering an AIO PC, you can’t go wrong with the HP Envy 34.

Thin and light laptops have dominated the PC landscape since Steve Jobs dramatically pulled out the original MacBook Air from an envelope at an Apple launch event in January 2008. With its release, Apple threw down the gauntlet to the rest of the industry, effectively declaring, “This is how a laptop should be designed.”

However, more than 14 years have passed, and the PC industry hasn’t stood still. There are numerous excellent alternatives to the MacBook Air, especially the recently announced Dell XPS 13 Plus, which allows the entire palm rest to be used as a touchpad.

While no product in this category has achieved perfection status, the new HP Elite Dragonfly G3 gets tantalizingly close. It is an absolute pleasure to use with its light, amazingly thin, and elegant form factor design that features terrific performance, excellent battery life, and a superior 3:2 display that enhances productivity.

Perhaps most importantly, the Elite Dragonfly G3 provides the best typing experience of any thin and light laptop I’ve encountered.

Like previous Dragonfly models, this new one is constructed out of magnesium and has been refreshed with a blend of magnesium and aluminum, contributing to the curved “pillow corners” design on the display lid and outer base images.

Weighing just 2.2 pounds, the laptop has a highly polished executive look with a display that can be opened with a single hand. It’s available in 2 non-controversial colors: Slate Blue and Natural Silver.

Internally, HP chose to use Intel’s more efficient 15-watt Core i5 1245U, Core i7 1255U, or Core i7 1256U rather than Intel’s new 12th Gen Intel Core P Series, which utilizes more watts. It’s a wise choice as it enhances the Elite Dragonfly’s battery life, which is impressively north of 14 hours.

The icing on the cake is the sustainability story of the Elite DragonFly G3: The laptop’s external carcass uses at least 90% recycled magnesium, which will warm the hearts of those individuals with environmental concerns.

The HP Elite Dragonfly G3 is one of the most impressive laptops crossing my radar screen. Its “elite” design, strong battery life, rich feature set, and excellent connectivity convenience (Wi-Fi 6E and optional 4G LTE or 5G cellular support) will cost you. A fully configured model will run more than $3,000. Price aside, you’ll undoubtedly fall in love with the HP Elite Dragonfly G3 — if you can afford it.

Many readers of my technology columns know that I’m a big fan of the overall Wi-Fi router trend that has embraced mesh technology over the past several years.

These routers can single-handedly solve one of home users’ biggest connectivity problems: getting reliably strong Wi-Fi coverage throughout the living space.

Mesh routers have been game-changing with many active usages in a typical home, e.g., gaming, streaming, videoconferencing, productivity, etc.

While most consumers still utilize older Wi-Fi 5 (802.11ac) routers, many companies have been offering faster mesh route iterations based on Wi-Fi 6 or (more recently) Wi-Fi 6E.

Motorola has joined the mesh router party with its offering, the Q14 Tri-Band Mesh Wi-Fi System.

Motorola is playing catch-up to more established players like Linksys, Netgear, and Asus. Despite its late market entry, there’s much to like about the new Q14.

The Q14 enables the 6 GHz wireless band for dramatically increased speed and up to 160 wireless channels that can be used simultaneously. This feature translates to a recognizable increase in the number of Wi-Fi devices used in your home simultaneously without compromising overall performance.

Mesh routers typically consist of the router itself and one or two “satellite” nodes that can extend coverage upwards of 5,000 square feet, which is particularly helpful for people with large properties and require Wi-Fi connectivity for devices outside the home, like security cameras and sensor-based alarms.

Priced at $649 (though you can currently purchase it on Amazon for $500), the Q14 offering sent to me included the router and two nodes, so it afforded maximum Wi-Fi connectivity in my home.

Wrapped in a premium mesh fabric, the router and satellites have a cutting-edge modern design to complement any room. You won’t be embarrassed by having them sit on a bookshelf, desk, or cabinet.

The Motorola Q14 Wi-Fi 6E Mesh System can be displayed with pride as a design element. | Image Credit: Motorola

What sets the Q14 apart from other mesh routers I’ve used is not simply its overall outstanding performance. The router setup is enabled by one of the most intuitive smartphone apps I’ve ever used, and it facilitates parental controls and cybersecurity at no extra cost. The app, designed by Minim, allowed me to set up the Q14 in less than 20 minutes without a hiccup.

Unlike many other companies that have taken a similar app-based approach to product setup, the moto sync app is highly visual and intuitive. It should be noted that Minim holds the exclusive global license to design and manufacture consumer networking products under the Motorola brand. Also, the Q14 is an independent Wi-Fi network and can only mesh with other Q14 routers. It is not a universal extender.

Several praise-worthy mesh routers are on the market, but the Q14 stands out from a value standpoint. At under $500 for the q14-02, which covers 3,500 square feet, it’s a bargain compared to Netgear’s $1,499 Orbi Quad-band Wi-Fi 6E Mesh System, though the Q14’s technical feature set is more modest.

Regardless, the performance differences will likely be indistinguishable to most mainstream household users, and I’d advise saving the $1,000.

Last year, Dell impressed many in the tech industry with its stylish 4K Dell Ultrasharp Webcam. Initially priced at $200, it was positioned to appeal to work-from-home users who required superior videoconferencing capability and had scant choices other than Logitech’s 4K Brio Webcam.

With a 78-degree field of view (FOV), 4X digital zoom, and built-in monitor clip with tripod attachment capability, this webcam, like its 4K predecessor, looks and feels high-quality (even more so than the Logitech 4K Brio) from a hardware standpoint.

What’s more, unlike the 4K Ultrasharp Webcam, it includes a built-in microphone and more sophisticated features like AI auto-framing that tracks your face and keeps it centered on-screen.

One other critical point: Dell’s webcams, including these models, are optimized for use with Windows PCs. They will work with Macs, but Dell does not provide macOS drivers to tweak webcam settings.

The bottom line is that it’s the ideal budget-friendly webcam that works well, underscoring Dell’s brand reputation for solid value.

Remember that tech product prices above are always a bit of a moving target as we are on the cusp of the holiday season when online retailers likely have promotions that will provide substantial discounts off MSRP.

This point is especially true of Amazon, and the price of an item could vastly differ from one day to the next, so keep that in mind when you’re about to pull the trigger and order these or any other high-tech product.