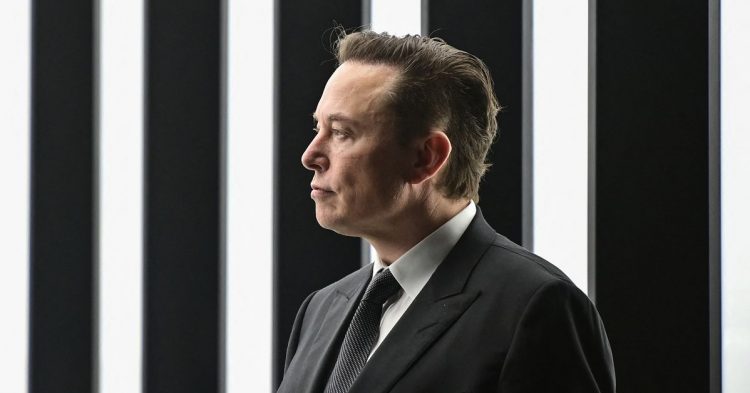 Elon Musk has only been in charge of Twitter since late October. But already, he’s turned the company and its platform upside down.

In the days after Musk took over, he booted top executives, slashed rank-and-file headcount, pushed engineers to work harder, and began fast-tracking a hodgepodge of potentially revenue-generating features, including charging users to get or keep a verification check mark.

And while Musk didn’t immediately change any of Twitter’s policies against offensive content, in the hours after Musk took over there was a notable surge in hate speech on the app. Some of the users posting felt emboldened by Musk’s “free speech absolutist” attitude, and actively tried to test the limits of what they could say on Twitter under the company’s new leadership.

Many current and former employees, social media academics, and human rights advocates are concerned that Musk could change Twitter for the worse, turning it into an even more intense cesspool of negative content than it already is. But others hope Musk can breathe new life into a platform that was already bleeding its most prolific users and, for years, has struggled to turn a profit.

Here are some of the most significant ways Musk has changed the company so far.

The week after he took over, Musk continued firing executives, including Twitter’s ad chief, general manager of core tech, and chief marketing officer Leslie Berland (who just a few days earlier sent a cheery note announcing that Musk was visiting the San Francisco offices). He also pulled in more than 50 Tesla engineers to work for Twitter and assembled his own circle of trusted advisers.

Now, Musk is moving on to gutting Twitter’s rank-and-file staff. He has reportedly laid off an estimated 50 percent — upward of 3,700 employees — from the company. Twitter informed its staff that layoffs would happen by 9 am PT on Friday in a company-wide email. By late Thursday evening, several employees told Recode or posted publicly on Twitter that they had already been locked out of their work email and Slack accounts without any formal notice of whether they had been laid off.

These cuts are the largest in Twitter’s history, and several current and former employees Recode spoke with are concerned that as a result Twitter’s operations as a platform could be at risk. Musk has also reportedly planned to slash $1 billion from Twitter’s infrastructure costs, such as server space, according to a report from Reuters, furthering those concerns.

While Musk hasn’t addressed employees directly about the cuts, on Friday afternoon Musk discussed the layoffs at an investor conference. He framed the layoffs as necessary because before the deal, “Twitter was having pretty serious revenue challenges and cost challenges,” according to the New York Times.

Ahead of the layoffs, some employees were fighting to keep their jobs and prove their value to the company by working on special high-priority projects, many of them at Musk’s direction.

Several Twitter employees told Recode that some colleagues worked 12-hour shifts over the weekend and slept on sofas in the office in order to make Musk’s grueling deadlines.

“We’re trying to shoot our shot,” said one Twitter employee.

But many employees who were pulled into special projects and worked grueling shifts were still laid off, sources told Recode.

One Twitter employee described the morale at the company after the layoffs as low, and said that many colleagues who survived this round of cuts wish they had gotten laid off and gotten severance instead. Twitter is giving many laid-off employees full pay and benefits through at least January, although it’s not clear if this applied to all employees, particularly those outside the US, sources said.

Shortly after the cuts, a group of five employees sued Twitter in a class-action lawsuit, alleging the company failed to notify them of the impending layoffs as required by the federal Worker Adjustment and Retraining Notification Act, or WARN Act, that requires certain employers to give a 60-day notice for mass layoffs in the US.

Musk has said his primary reason for buying Twitter was to make it a haven for free speech. He’s echoed conservatives’ longstanding concerns that Twitter is politically biased against right-wing speech despite the lack of evidence of that bias.

One example: There was a 500 percent increase in uses of the n-word on Twitter in the 12 hours after Musk’s deal was completed, according to a study from the Network Contagion Research Institute, even though none of Twitter’s rules have changed on the matter.

Twitter has said it’s working on reducing the visibility of these posts. But data points like this have spooked several major advertisers that don’t want their brand affiliated with offensive content, including General Motors, Volkswagen, Audi, and Pfizer — who have are waiting to see more about what direction the company will take under Musk’s leadership before they resume ads.

Musk has tried to calm down advertiser concerns by tweeting a public note saying that he doesn’t want Twitter to turn into a “free-for-all hellscape.” On Thursday, Musk spoke with leaders of civil rights groups like the NAACP, the Anti-Defamation League, and Color of Change, promising them that Twitter takes hate speech seriously, and that he won’t reinstate any banned accounts (e.g., Trump) until after he sets up a content moderation advisory council, which he said will at least take several weeks.

Musk also told civil rights leaders he would reverse his decision to limit the amount of staff who can access content moderation systems, another one of their concerns.

But by Friday morning, civil rights leaders organizing under the banner “#StopToxicTwitter Coalition” said that Musk had failed to hold true to his promises — and ramped up their demands for major advertisers to pause all ads on the platform, Musk tweeted on Friday that Twitter had a “massive drop in revenue” due to “activist groups” who he accused of trying to “destroy free speech in America.”

It’s not just advertisers that are leaving Twitter because of Elon; there are also early signs that Elon’s takeover and the resulting negativity are causing some users to leave.

One report in MIT Technology Review estimated some 877,000 accounts were deactivated in the week after Musk’s deal closed. That’s more than double the usual number in that same time period, according to data from the firm Bot Sentinel that MIT Tech Review cited.

Of course, these are all estimates, and only from a short window of time. Twitter has also been losing its most valuable “heavy tweeters” in droves for a while now, according to a leaked internal report covered by Reuters, and that predates Musk’s takeover. But time will tell whether Musk exacerbates Twitter’s existing problem of users fleeing the platform.

Musk has been running Twitter in his own way, similar to how he runs his other companies: in an ad hoc and intense fashion. Rather than talking to his employees first, Musk often tweets whatever he’s thinking, including his plans for the company.

Twitter staff have received little official communication, such as emails or corporate-wide Slack messages, so far from Twitter’s executive leadership since Musk officially took over. One employee who spoke with Recode on the condition of anonymity called it an “information vacuum.”

That’s been an adjustment for many Twitter employees who are used to a more measured, communicative, and structured work culture. One anonymous Twitter employee told the Washington Post that the work atmosphere under Elon was like “working in Trump’s White House.”

Employees are turning to private or anonymous communication platforms like Blind, Signal, and Discord to commiserate, several employees told Recode, since they no longer feel they can be candid on internal Slack or email.

Another major change Elon is making to Twitter’s internal culture is to drastically ramp up the pace at which new features are developed.

Normally, product changes like the ones that Musk is proposing — such as charging users for verification — would take months or even years to implement at Twitter. Now, employees are being asked to execute them almost overnight.

This could drive the kind of innovation that Twitter, a money-losing business, might need. But it could also leave staff demoralized, or worse, compromise the reliability and security the app provides to its hundreds of millions of users. Twitter already has existing problems on this front: Former Twitter head of security and internal whistleblower Peiter Zatko warned that the platform “was over a decade behind industry security standards” in September.

The first official product change that Musk confirmed after taking over Twitter was to start charging $8 per month for “blue check marks” — or the verification badges that Twitter currently gives to public figures like journalists, politicians, and celebrities.

The idea is that verification would be part of a premium “Twitter Blue” subscription that people pay for, which includes other benefits like fewer ads and more visibility for your Twitter replies to other people’s threads. Musk wants to open up verification to more people — not just journalists, politicians, and celebrities — as long as they’re willing to pay that price.

This has caused major debate among people who are currently verified — many of whom said they aren’t willing to pay to keep their verification. After the famous author Stephen King complained about the original $20-a-month price tag being floated around, Musk jumped in his replies to negotiate down to $8. Rep. Alexandria Ocasio Cortez (D-NY) gave her own critique of the plan, mocking Musk’s “power to the people” framing of what’s ultimately a paid feature.

Twitter verification was designed to make sure people really are who they say they are online. This does a service to Twitter’s user base by reducing scams, helping to verify trusted news sources, and stopping people from falling for impersonations. Musk’s plan to let anyone pay their way into verification (and per the New York Times, Twitter is considering getting rid of ID checks, so that anyone can be whoever they want) could run the risk of undermining the trust verification is supposed to provide.

Throwing other ideas at the wall

Aside from charging for Twitter verification, Musk has been planning a whole new set of changes to the platform. While none of these are confirmed yet, they’re reportedly in the works or being tested.

Those changes include making people pay for certain types of “high risk” video content (many are speculating it would be adult video content), according to the Washington Post; bringing back Vine, the short-form video app Twitter acquired and later shuttered; changing the login page to the explore page; and charging people for sending DMs to high-profile users.

For now, it seems like Elon is throwing a bunch of ideas out to see which ones work. As one investor in Musk’s deal, Binance CEO Changpeng Zhao, said at the Web Summit conference in November, he expects only 10 percent of Musk’s ideas “will stick.”

So far, many of Musk’s ideas (like Vine and paid videos) are old ones that Twitter has already tried — and failed at.

Over time, it will become clear if Musk will be able to successfully resurrect these old ideas — and his new ones, like paying for a check mark — with a very different work culture and staff than Twitter had before.

Update, November 4, 6 pm ET: This story has been updated with new details about the Twitter layoffs.

Google and Renault are working on a ‘software-defined vehicle’