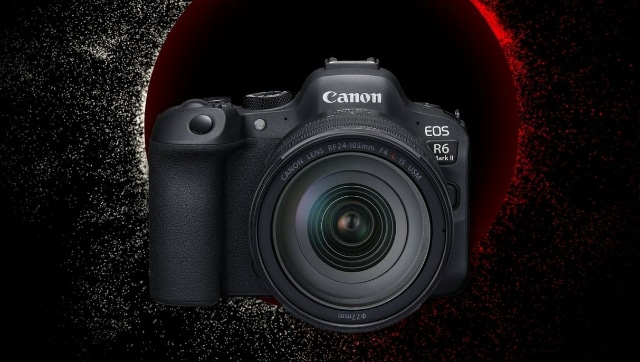 It seems that Canon plans to end 2022 with a bang. The company recently launched the EOS R6 Mark II mirrorless camera, which will be the successor to its popular EOS R6.

As compared to the outgoing R6, the R6 Mk II comes with much improved photography-centric features, and some improvements in the videography sections as well. We take a look at the specifications, a few of the features, and the pricing and availability of the EOS R6 Mark II.

As compared to the outgoing R6, the R6 Mk II comes with some much improved photography-centric features, and some improvements in the videography sections as well. Image Credit: Canon

Canon has managed to improve the burst shooting capability of the EOS R6 Mk II, going from 20fps to 40fps with AE/AF tracking when using the electronic shutter and 12fps when using the mechanical shutter. It features in-body 5-axis sensor stabilisation.

The autofocus system is said to have been improved and it can now detect more subjects such as horses, trains, and aeroplanes thanks to the AI deep learning technology in the camera. The EOS R6 Mk II also features a digital teleconverter that can increase the focal length by 2X or 4X.

For video, the EOS R6 Mk II can now shoot 4K 60fps (oversampled 6K footage using the full sensor width) video for longer periods and unlimited 4K 30fps video recording. For slow-motion video will we see a bump to 180fps from 120 at 1080p. We also get support for Canon Log 3 and HDR PQ video. The EOS R6 Mk II records 6K RAW externally to an external recorder via HDMI, with Full HD proxy data simultaneously recorded to one of the two SD card slots for ease of editing

In addition to the existing zebra display, the EOS R6 Mk II is equipped with the false colour function widely used in the Cinema EOS system, making it easier to adjust exposure even in tricky conditions.

Canon is introducing two new features with the EOS R6 Mk II. These include pre-recording for movies, which is a staple feature on Cinema EOS cameras, this allows users to capture moments that occur up to 5 seconds before the record button is pressed, reducing the need to “record on standby”.

We also get a Hybrid Auto Mode, which records a video 2-4 seconds before shutter release during still image shooting and automatically compiles them into a digest movie for the day, providing readily available video content to suit a variety of purposes.

Designwise, the Canon EOS R6 Mk II has a familiar looking design and button layout as the older model. We also get an OLED electronic viewfinder with a 3.69 million-dot resolution.