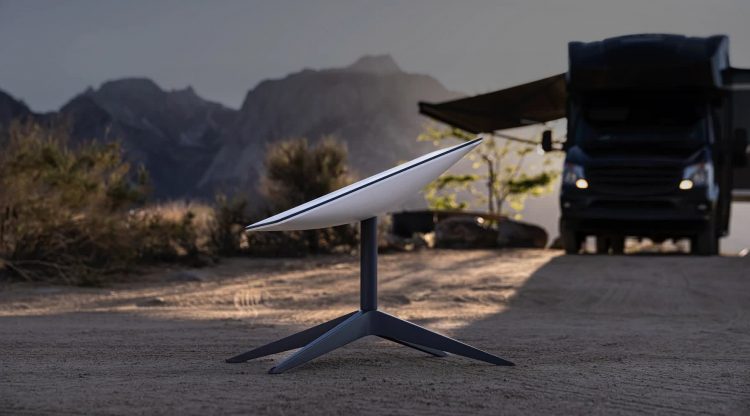 In a nutshell: Starlink told its customers via email this week that their internet access might be throttled after they use more than 1 TB within a month. Starlink has updated its “Fair Use” and “Specifications” documents to reflect the changes, which include slower average speeds and countermeasures to reduce congestion during peak periods.

After the new policies come into effect in December, standard residential users will start each month with 1 TB of “Priority Access” included in their $110 monthly fee for use during “peak hours,” 7 am to 11 pm. Data used outside of those hours won’t count toward the cap. If a subscriber uses more than 1 TB they’ll be transitioned to “Basic Access,” which is unlimited but potentially much slower than Priority Access when there’s congestion.

Users can opt-in to keep paying for Priority Access after reaching the cap at a rate of $0.25 per GB, or $250 per TB. Yes, as one Reddit user points out on the Starlink subreddit, buying two Starlink subscriptions will be $140 cheaper than buying 2 TB of data with the one subscription.

Starlink says that about 10 percent of its customers use more than 1 TB some months, and it notified them by email that they will be affected by the change. A portion of them will be able to duck under the limit by waiting until after 11 pm to start downloading the next game they want to play or OS update. But some users are rightly upset that Starlink is changing its offerings now that they’ve already paid the $599 upfront fee for the requisite hardware.

Starlink also changed the expected speeds of its regular service without notifying its customers, albeit with a caveat: its customer support team is saying that no individuals will experience a sudden drop in speed, but rather, the new speeds reflect the future average speeds that it expects to achieve as it expands its user base. Current users say that they have been getting far lower speeds than Starlink advertises for months anyway.

For regular users in most of the world, the expected speed used to be 50-200 Mbps down, and now it’s 20-100 Mbps with Priority Access. Best Effort, RV, and Basic Access speeds are expected to be 5-50 Mbps. Businesses can purchase faster speeds and up to 3 TB of monthly Priority Access for static locations or 5 TB if they’re on the move or ocean-based.

It comes across as strange for SpaceX to choose now to introduce data caps to Starlink after the service already took a hit to its reputation last month when Elon Musk said that the company didn’t want to keep paying for the service’s use by the Ukrainian military before eventually backtracking. CNN says that SpaceX is still in talks to have the Pentagon foot the bill after 1,300 terminals being used on the frontlines when offline last week.