All Android phones should have on-device voice typing 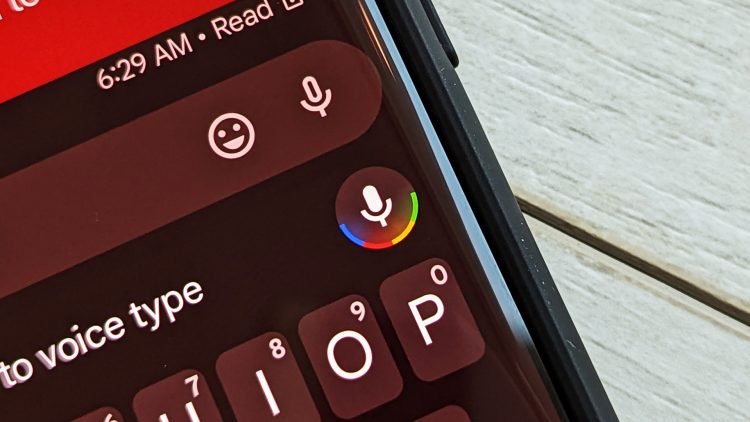 To help entice buyers to invest in the Pixel ecosystem, Google strictly locks some interesting features to Pixel devices. Magic Eraser is a good example (it allows you to “magically” erase objects from photographs) as is Call Screen (Google Assistant answers your phone call for you to handle telemarketers). Another example is on-device voice typing, which is currently exclusive to the Pixel 6 and Pixel 7 series.

If you use the voice-to-text feature on a non-Pixel phone, you’ll face some limitations. First, you’ll need to speak a little slower than normal because your phone will take a few milliseconds to process each word. Second, you’ll have to dictate punctuation, such as “period” or “comma.” The third is that you’ll need to go back and fix things when you’re done talking because the system isn’t accurate when it comes to syntax, homophones, numbers, and more.

The voice typing system on the Pixel 6 and Pixel 7 phones — also known as Assistant voice typing on Gboard — however, doesn’t face these problems. You don’t need to dictate punctuation because Google Assistant can handle that automatically as you speak. You can talk at a normal speed and you don’t need to fix as much at the end. As added bonuses, you can even fix things manually as you go without needing to disable and enable voice typing again and again, and you can type an emoji by describing it. It is, universally, a better experience.

Voice typing on the Pixel 6 and 7 is a universally better experience than on any other Android phone.

It’s a real shame that Google locks this to Pixels. I think everyone with a capable Android phone should get this feature.

Voice typing on a Pixel 7: An eye-opening experience

Normally, I text with my voice for two reasons: I’m driving or I know I have a lot to text and it will be faster to say it than type it. With the Pixel 7 Pro, though, I’m finding myself gravitating towards using my voice more often than not because it’s so fast and accurate. Even if I’m sitting at my desk and could easily pick up the phone and type, I’ll choose to use my voice instead.

This fast and accurate way to type is changing the way I use my phone.

This might not seem like a big deal, but it’s fundamentally changing the way I use my phone. I don’t even need to touch it anymore. I can simply say, “Hey Google, text Dad,” and the phone will open up a message prompt to my father. I can then say whatever it is I want to send him just as I would if he was sitting right next to me.

Obviously, I can do this with most modern Android phones, as there are a ton out there that support the Google Assistant wake word. But if you try this with a phone that isn’t a Pixel 6 or Pixel 7, you’re likely going to have a bad time. Words aren’t going to transcribe properly, your request for an emoji isn’t going to be understood, and you’ll need to speak at a slow pace to prevent things from getting jumbled. With the Pixel 7 Pro, though, it’s effortless.

This feature alone is making me wonder how I would go back to a non-Pixel. That sounds like great news for Google, but I think it’s important that everyone have access to this.

Do you like the new voice typing experience on the Pixel 6 and 7 series?

Yes, it’s so much better than before.

It’s a nice improvement, but not a life-changing feature.

I didn’t notice any difference.

I understand that Google’s Tensor chips make this feature possible. This is the intention of Tensor: not focusing on raw power and instead tweaking certain aspects of chipset architecture to make machine learning and AI features better. That’s why this feature doesn’t appear on older, non-Tensor Pixels. But other chips are absolutely capable of on-device voice typing, and Google should help bring it to the masses.

Related: The Google Tensor G2 versus the competition

We reached out to Google about the feasibility of this port. Google dodged answering our question directly, but it did confirm that it builds its applications on the Android NN API which, in theory, would allow these applications to run on other platforms that provide drivers for the API, including Qualcomm, Mediatek, Samsung, etc. In other words, it seems that this is possible, but Google would need to make it happen.

Despite this needed effort, I think this is important because it offers more accessibility and better safety. People who find it hard to type for whatever reason — arthritis, injuries, permanent mobility problems, etc. — should be able to use high-quality voice typing without needing to get a Pixel. Google has every right to launch exclusive features for Pixels, obviously, but locking better accessibility behind a paywall isn’t an ethical way to go about that. Locking Magic Eraser behind a paywall makes sense, for example, but doing the same for a system that helps disadvantaged people use their phones better doesn’t.

Likewise, better voice typing encourages people to put down their phones while they’re driving. I have definitely tried to use my voice while driving, gotten frustrated that things aren’t coming out the way I want, and then just given up and used my fingers. That’s not good at all, as my eyes should be on the road, not my phone. Once again, paywalling features that make life safer for everyone isn’t great.

Even if Google won’t bring the high-quality voice typing of the Pixels to everyone, I hope it at least makes the current version closer to that quality. Most people out there are probably like me and don’t even know how much better things could be.