Elon Musk’s Twitter Takeover: What happens to the platform? 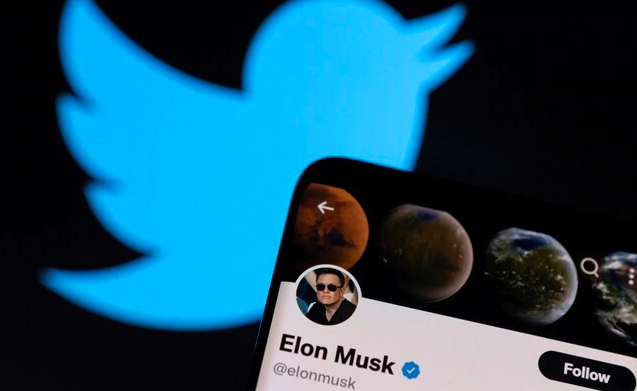 Following Elon Musk’s takeover of Twitter, the fate of the social media platform is now up in the air.

The US$44 billion dollar acquisition deal closed at the end of October, after which Musk immediately fired Parag Agrawal, who had succeeded founder Jack Dorsey as Twitter chief executive officer, as well as chief financial officer Ned Segal, legal affairs and policy chief Vijaya Gadde, and general counsel Sean Edgett. Mass firings followed last week as Musk initiated cost-saving measures (although reportedly some of the fired employees were asked to return on the weekend).

Musk has been vocal about his plans for the platform, saying he wants to promote free speech, “defeat” spam bots on Twitter, and make the algorithms that determine how content is presented to its users publicly available.

According to Luke Lintz, founder and chief executive officer of HighKey Enterprises LLC, a public relations company that targets entrepreneurs and business owners looking to enhance their digital brands through social media, Twitter is going to turn into a “decentralized” social media platform.

“They will pretty much allow anything to go onto the platform. That’s 100 per cent free speech you’re gonna get. You’re gonna get all kinds of conversations about any topic.”

Lintz added that centralized social media platforms such as Instagram have the power to delete a user’s profile, however, he thinks Twitter is heading into a space that would give people ownership of their content.

Musk is also taking the company private. This means he no longer has to comply with U.S. Securities and Exchange Commission (SEC) regulations or be responsible to any shareholders.

Now that Musk is the only owner and chief executive officer of Twitter, without any board to oversee matters at present, there can be no interference with the strategy he wants to pursue.

This has been done before, Jackson noted. In 2013, Michael Dell decided to take Dell private.

At the time, the company was struggling, as personal computer sales slumped since smartphone popularity was increasing. According to an SEC filing and article from The Verge, Dell believed going private was vital to transform the company from primarily a PC maker to one focused on providing large organizations with entire information technology systems and managing them. Dell was unable to make the transformation as a public company because it would hurt short-term profits, which would likely cause the share price to fall.

It ended up being a successful plan for Dell, however it’s unclear what will happen to Twitter now.

Additional changes have already been made at the company, and Jackson noted that users should expect to see more. To start, advertising will remain an important focus, as it accounts for 80 per cent of Twitter’s revenue today, and new ideas to encourage subscriptions or new ad channels will be explored.

Musk is already facilitating a change which would allow users to pay $7.99 per month for the company’s blue checkmark verification. Musk has also suggested reviving Vine, Twitter’s video-based social media platform that was shut down in 2016. This move would help Twitter compete with TikTok, according to Jackson.

While it’s still early to tell, Lintz added that Twitter may be able to compete with other social platforms and welcome more users who are interested in Twitter’s “niche” short form written content features.

Controversial changes like the new verification feature, coupled with multiple layoff announcements from Musk, provides many distractions, allowing cybercriminals to come up with new attacks targeting users on the platform.

“Controversy is always a great pathway for attackers, because they know that people aren’t focused on the technical details, they’re focused on the drama. And this is exactly what’s happening with Twitter and this whole blue checkmark thing and the change of control with Elon Musk,” said Matt Chiodi, chief trust officer of Cerby.

Chiodi added that social media accounts are generally managed by marketing teams, and big mass media companies spend huge budgets on corporate advertising via Twitter. In situations like this, criminals are not just going after the accounts, they’re also going after the ad spend in those accounts and looking to post offensive comments, defaming a company.

Companies could also be at risk of phishing campaigns that lure victims to provide their log-in credentials, taking them to malicious websites.

“They’re going to use this misdirection, to figure out very quickly how to phish these people. And they’re not really going after a single person because they know how these accounts are being used. A lot of times, the people that are being attacked are, for example, marketing teams, not security or IT professionals.”

“People have password managers, but password managers don’t help you with not clicking on an insecure link. This is where I think automation comes along. And it can help users so that if they click on a link, it takes them to somewhere that is not going to automatically enter the credentials for them. There’s benefits there,” he said.

Musk’s new vision for Twitter, one with less content moderation and a platform that promotes free speech, opens up conversation of what will be deemed okay to post on the platform.

Reports from the Toronto Star and Forbes revealed that hate speech on Twitter increased significantly in just 12 hours of Musk taking over. These include spikes in the use of antisemitic, homophobic, transphobic, and racist terms on the platform.

In fact, due to the changes at Twitter, some companies announced they are staying away from the platform for the time being. For example, General Motors and Ford announced last week that they’re suspending advertising on Twitter until it becomes more clear where Musk is taking the company.

Twitter’s hateful conduct policy, which states that the platform prohibits the dehumanization of people based on their religion, caste, age, disability, serious disease, national origin, race, ethnicity, gender, gender identity, or sexual orientation, hasn’t changed at all since Musk’s takeover.

On Monday, Musk tweeted a link to Twitter, denouncing violence and harassment on the platform and noting that the aim is for people to participate in public conversation freely and safely.

Twitter rules will evolve over time, but they’re currently the following: https://t.co/Ut1tXuefso

The rules released on Monday are pretty similar to those that already exist, with minor additions such as the ‘Misleading and Deceptive Identities,’ which comes under the ‘Authenticity’ section.

“This new addition to the set to previously decided rules say that users may not impersonate individuals, groups, or organizations to mislead, confuse, or deceive others, nor use a fake identity in a manner that disrupts the experience of others on Twitter,” Twitter’s rule page notes.

It’s unclear what will happen to the platform, but new announcements and changes to the site, as well as the way the company operates, are expected over the next few months.