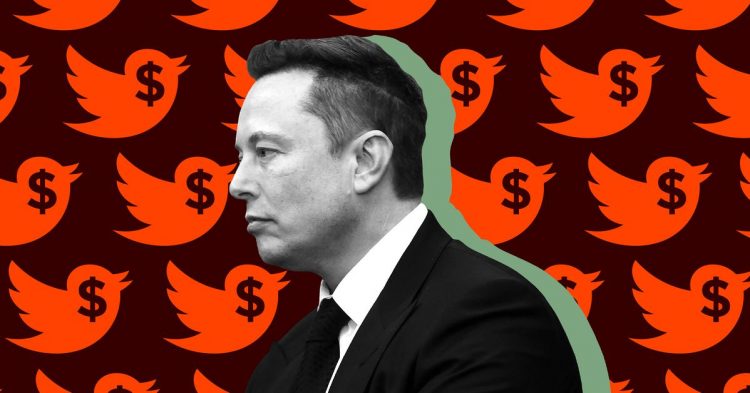 Elon Musk seems intent on turning Twitter into a bank, complete with what he describes as a “high-yield money market account,” debit cards, checks, and loans. He described his plans during a last-minute meeting with staff today, and you can read a full transcript of that here.

Musk broached the topic of payments during his introduction, saying that “I think there’s this transformative opportunity in payments,” adding that the goal is “enabling people on Twitter to able to send money anywhere in the world instantly and in real-time. We just want to make it as useful as possible.” He said that the feature, along with “video content and compensating content creators” and improving search, is a “high priority.”

Musk says he’ll do a lot of things, so maybe don’t close your bank account just yet

What will TaaPS (Twitter as a Payment Service) look like? Imagine if every verified Twitter user gets a balance, which they can use to send money to “anywhere in the system.” In theory, that could mean something like tipping other users or paying for paywalled video content, a feature that’s reportedly been floated at the company.

Twitter will set up a “high-yield money market account so that having a Twitter balance is the highest-yield thing that you can do,” according to Musk. Instead of traditional banks’ “complex and expensive” system of credit cards, savings and checking accounts, CDs, and the like, Musk says you’ll have “one balance on Twitter that can simply go positive or a negative.” He said this will let Twitter pay more in interest for positive accounts and charge less interest for accounts in the red.

“…well, if you want to provide a comprehensive service to people, then you can’t be missing key elements.”

For places that don’t accept Twitter payments, Musk says you’ll get a debit card tied to your balance and even traditional checks if you want them. “If you address all things that you want from a finance standpoint, then we will be the people’s financial institution,” he added. When an employee commented that it sounded like Musk wants to build a bank and asked if it would offer loans, the CEO responded: “well, if you want to provide a comprehensive service to people, then you can’t be missing key elements.”

In his speech, he makes the whole thing sound easy. “Payments really are just the exchange of information,” he said “from an information standpoint, [there’s] not a huge difference between, say, just sending a direct message and sending a payment.” He does admit, though, that there are legal hurdles to clear, and the company is looking to get a money transmitter license in Washington, according to a report from Platformer. The report also says that Esther Crawford, who has been in charge of rolling out the new Blue service, has been named CEO of Twitter Payments.

It’s worth pointing out that there’s a massive difference between storing user info and money. If your account gets hacked and your DMs are leaked, it could be a pretty bad day for you. If your bank gets hacked, you could wind up not being able to make rent.

Musk is no stranger to high-stakes enterprises — he also heads companies that sell cars and launch rockets, both of which can be deadly if done wrong. But Tesla and SpaceX have a lot of things Twitter doesn’t have right now. Namely, executives and employees in charge of safety. Musk just laid off almost half the company, which affected core engineering teams, and there have already been some cracks starting to show that may be a result of that. Also, I might not want to navigate the legal and ethical red tape of starting a bank if my chief privacy officer, chief information security officer, and chief compliance officer had all just resigned.

While it’s hard to imagine the average Twitter user actually wants to use the platform as a bank, the idea isn’t completely out of the blue. Musk has said before that he wants to turn Twitter into “X, the everything app,” similar to China’s WeChat. (“Everything” does, in fact, include banking services.) Musk also has a history with banking, as he helped found PayPal, a fact one employee referenced when asking about the company “embarking on a payments journey almost from scratch.”

Twitter co-founder Jack Dorsey has also built a successful payments company called Block, which is behind the Square payment platform and Cash App.