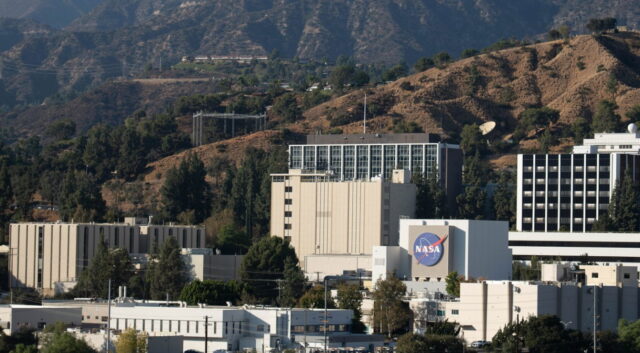 An independent review of problems that delayed the launch of NASA’s Psyche asteroid mission has also uncovered broad institutional issues at the agency’s Jet Propulsion Laboratory at Caltech. JPL is struggling with an unprecedented, overwhelming workload, and its resources are clearly spread too thin.

Psyche was originally supposed to launch with Artemis 1, on Aug. 29 of this year. But a host of problems, including the SLS missing its own launch window, conspired to delay the mission. Orbital mechanics decree that the next plausible launch window for Psyche comes in October 2023. So, the agency convened an independent review board led by retired aerospace exec and former NASA administrator Tom Young, to do some root-cause analysis on the delays. The board’s sobering report (PDF) found that the Psyche project is shot through with problems from top to bottom. But it also characterized Psyche’s problems as just the visible tip of the iceberg — the inevitable consequences of systemic problems throughout JPL.

Following the review board’s report, NASA held an online town hall meeting and a press conference. Laurie Leshin and Thomas Zurbuchen, the NASA administrators who convened the review board in the first place, attended both meetings to field questions and elaborate on the sixty-page report.

The agency also published a point-by-point response to the review board’s findings. It’s not controversial — NASA is in full cooperation with the review board, which the agency itself convened — but it is a startling portrait of systemic dysfunction.

16 Psyche is a main-belt asteroid. It’s the largest metallic planetesimal in our solar system: the exposed core of a planet that could have been. By itself, 16 Psyche accounts for nearly one percent of the entire main belt’s mass. As such, this hunk of metal has incalculable value, whether you’re considering it as a commodity or a source of scientific data.

Psyche averages 111 km (69 miles) in diameter, making it larger than the state of Rhode Island but not quite as big as Delaware.

NASA has determined that the Psyche mission is irreplaceable. Its unique mandate, to explore its namesake asteroid — “a world made not of rock or ice but of metal” — can’t just slipstream into another mission. Nevertheless, the Psyche mission is in peril, and its problems have begun to reach other missions as well. And the report is clear: Nothing short of a total overhaul will be enough to set things right at JPL.

“The Psyche issues are not unique to Psyche. They are indicative of broader institutional issues,” said Young during the town hall meeting. To start with, the report showed that JPL is struggling with an unprecedented workload. Right now, the Lab is managing more projects than at any other time in its history. But it’s also suffering from an acute staff shortage at every level, from new talent to seasoned employees who can mentor others.

One major reason: JPL is hemorrhaging talent to private space companies. They can’t pay engineers enough to keep them, nor entice new hires. It’s difficult to overstate how much of a problem this is. The Psyche project literally didn’t have a chief engineer. From the report:

The pandemic also disrupted the Psyche project, like it disrupted everything else. Lockdowns, and then working from home in the post-pandemic labor environment, have been downright disastrous for communication and schedules. Specifically, the report names the kind of informal “drop-in conversations” that happen in the cafeteria or when someone pokes their head in to chat. It turns out that in NASA’s profoundly collaborative organizational structure, those conversations really do matter.

‘Canary in the Coal Mine’

JPL is throwing itself into the audit like they’re bandaging a bleeding wound. But there’s another, more subtle problem here, that’s more difficult to name. The Psyche review showed that JPL has experienced a kind of cultural “erosion,” weakening the institution as a whole.

Aerospace culture at its most efficient and successful engages in a kind of no-fault error review. When someone drops a circuit board or punches an accidental drill hole, that person can report the incident to their supervisors without fear of punishment. You want to report when and how these problems happen because you need to know why they happen, in order to make sure they don’t happen again.

This kind of radical transparency is what got us to the Moon. It lets us put satellites like the James Webb Space Telescope in orbit, trusting that they’ll operate like the documents say they will. But the Psyche review showed that this culture of trust and transparency is falling apart throughout JPL. Instead, a culture of “prove there is a problem” has taken hold. Budget pressure, staffing issues, and remote work due to the pandemic “created an environment where working-level personnel were challenged to prove that a problem existed before schedule and/or budget relief was provided or to change baseline plans. Team members experienced the normalization of deviance with respect to understaffing, high stress, inadequate scheduling, and pushback against worker intuition.”

The agency’s official response welcomed the board’s findings. Zurbuchen said, “It’s our job to notice issues early – this report is essentially a canary in the coal mine – and address them. Information like this helps us for more than just Psyche, but also for upcoming key missions such as Europa Clipper and Mars Sample Return.”

Unfortunately, NASA authorities didn’t notice Psyche’s many issues in time to prevent the VERITAS mission to Venus from becoming a casualty. In its desperation to staff the Psyche mission, NASA is delaying the VERITAS probe so that VERITAS staff can contribute to the Psyche project. After lamenting their own staff being poached by other companies, they’re forced to do it themselves.

“After long deliberations, I have to say that we intend to postpone the VERITAS launch readiness date to no earlier than 2031,” said Lori Glaze, director of NASA’s planetary science division. “This postponement can offset both the workforce imbalance for at least those three years and provide some of the increased funding that will be required to continue Psyche towards that 2023 launch.”

During the annual meeting of the Venus Exploration Analysis Group on Monday, Glaze described the mission delay as “the most painful thing I’ve ever had to do probably in my whole life.” Despite never falling afoul of its schedule, VERITAS will now launch three years late. However, Glaze said, “there were zero good options.”

“I recognize that you are not responsible for the things that are going to be assessed, that’s out of your control,” Glaze said later, addressing a member of the VERITAS team. “I can make a commitment to you and your team to be transparent and to work with you.” But that’s about all the agency can promise right now.

Next Steps for JPL

The report made recommendations to address Psyche’s potentially mission-lethal problems. But it also bluntly said that the agency needs to get its house in order by March 2023, because right now, they’re robbing Peter to pay Paul.

In response, JPL is making sweeping changes to its entire reporting structure. But it also asked for greater oversight from Caltech and NASA. JPL also is instituting new internal staffing approaches and working with industrial partners to support staffing needs and to redouble efforts to strengthen experienced leadership at all levels.

For a VERITAS delay, NASA said in a statement, JPL will “stand down their management and engineering teams for the mission and release the staff to other projects.” Meanwhile, science teams will still receive funding and support. But in a later phone call with reporters, Glaze said that the Psyche mission may need more money than the agency will save by delaying VERITAS.

In any case, Leshin said, JPL will lean into the panel’s recommendations, including reviewing other missions the Lab is managing. “We are going to be working through each and every one of our projects, especially the big ones like Clipper and Mars Sample Return, to make sure the lessons learned are appropriately applied.”