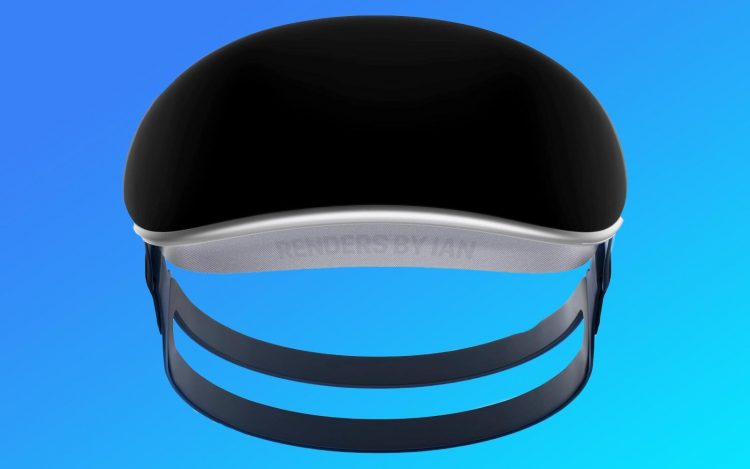 Apple is “wrapping up” development of the operating system that will run on its first AR/VR headset. Says so Bloomberg’s Mark Gurman, one of the leakers who provided details about the unreleased mixed-reality device in the past. According to him, Apple has various job openings for roles that would fit the AR/VR headset team. These positions indicate some of the features and functionalities Apple wants to add to its sophisticated head-worn computer.

Most reports say the mixed-reality device will launch next year. Gurman maintains the same timeframe without providing specifics. But the gadget that will beam augmented (AR) and virtual reality (VR) content into the user’s retinas will be expensive. The first-gen version will cost between $2,000 and $3,000.

Gurman explained in his latest Power On newsletter that the AR/VR headset will be a high-end product that will feature an M2 chip similar to the ones running inside Macs and iPads.

The headset will feature more than 10 cameras placed outside and inside the device. Moreover, it’ll feature “the highest-resolution displays ever featured in a mass-market headset.”

The AR/VR headset will run an operating system called realityOS that will feature core Apple apps like Messages, FaceTime, and Maps. But the applications will be mixed-reality versions of what’s available on iPhone.

Gurman says that the first version of the OS is codenamed Oak internally. This is the version that’s wrapping up in time for the new hardware’s launch next year. Other leakers said that Apple might unveil the AR/VR headset in early 2023, several months ahead of the actual release date.

According to the Bloomberg reporter, the unreleased gadget might be called Reality Pro or Reality One. Apple already has trademarks for these names.

While the underlying operating system might be wrapping up development, Apple is still looking for key hires to develop some of the software features that will make the AR/VR headset stand out.

One of the job listings that Gurman dug up notes that Apple is looking for a software producer with experience in visual effects and game asset pipelines. This person would create digital content for AR and VR environments.

The same listing indicates that Apple is building a video service for the headset. The device would play 3D content in VR.

Finally, a job listing that Gurman found mentions the development of a 3D mixed-reality world that sounds like Meta’s multiverse. However, Apple might never use the same “multiverse” moniker in any of its AR/VR headset endeavors.

The report also mentions the various changes in the team overseeing the AR/VR headset products. A recent move might indicate that Apple is looking to add productivity apps to the mixed-reality device.

All of that is speculation, however. It’s unclear when Apple will announce the AR/VR headset. Or how much time the company will need to release the software features teased in these job listings.

How To Perform A Successful Cloud Migration