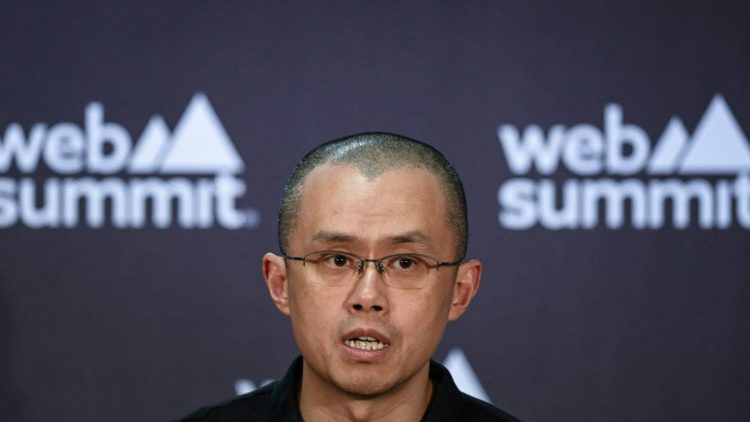 The FTX debacle, where one of the world’s most popular and lauded crypto exchanges proved to be a massive smokescreen for an immeasurably mismanaged company, has every crypto company exec putting on their Sunday best to try and appear as legitimate as possible. Now crypto execs are scrambling over each other to prove that indeed, they are the most legitimate operation around. “They might be a Ponzi scheme, but not us, we swear.”

Binance’s CEO Chenpeng Zhao said during a live Q&A Monday that they would be running a “proof-of-reserves” system, later calling it “full transparency.” That system is being propped up by Vitalik Buterin, a co-founder of the Ethereum network and guy who was one of the main minds behind getting ETH over the hump from a “proof-of-work” system to “proof-of-stake.”

Zhao called this “proof-of-reserve” function a cryptographic way of storing and revealing reserves. This “mathematical way to prove that your balance is included in your tree of balances” uses a Merkle Tree algorithm, which is a very standard structure in blockchain and cryptocurrency tech that is used to verify data stored on a kind of informational tree. It’s more confirmation from Zhao based on what he mentioned in a tweet last week, just after rival exchange FTX was falling apart at the seams (a good deal in part because Zhao dumped his hoard of FTX’s native token FTT).

Zhao, who often goes by CZ, explained in the Q&A that his own exchange would normally have a third-party auditor involved in this process, but the auditors are apparently “busy” because they are auditing the FTX reserves at the moment. Binance has revealed a “snapshot” of all their cold and hot wallets, taken Nov. 10, all in the hope of appearing transparent during this new rash of crypto criticism.

Merkle Trees aren’t new. They were first patented in 1979 and are one of the common tech concepts that holds up the crypto world, even if the crypto phenomenon appears more shaky than ever. Zhao even added that such cryptographic transparency systems already exist and have for years, so how different Buterin’s side project really is, is still TBD.

Buterin, on the other hand, has kept silent while Binance offers to be his new “guinea pig.” Zhao offered a vague time frame for the new feature of “a couple weeks.”

In the meantime, Zhao also said they were creating some kind of “industry recovery fund.” Justin Sun, founder of crypto enterprise Tron, is also reportedly involved. According to CoinDesk, CZ told a B20 Summit in Indonesia that they need to set up a kind of “industry association, globally.”

It may be harder than any other industry to discover which players are legitimate and are worth being in such an association, and which one’s aren’t. FTX might be a big name right now because of how much the mighty have fallen, but there is room to show other major exchanges aren’t too far off. Crypto.com, the folks who once got celebrities to whisper “fortune favors the brave” in football fans’ ears, has seen a rise in withdrawals after claiming they accidentally sent $400 million in ether to another exchange, Gate.io, before asking it all back. Some critics were openly wondering if instead this exchange was used to make Gate.io appear more financially stable in its own proof-of-reserve showcase.

Crypto.com CEO Mike Marszalek said during an AMA on YouTube they didn’t have any resources in with FTX, and they are otherwise financially stable. That didn’t stop analysts and reporters pointing out that a full fifth of Crypto.com’s reserves are made up of Shiba Inu Coin, a highly volatile joke coin. Crypto.com told CoinDesk that since Shiba Inu and Elon Musk-favorite Dogecoin have “extremely high market caps,” they would obviously want to have some in store for its heavy SHIB users.

It’s all any of these exchanges can do to keep users on the platform, claiming any kind of well-deserved skepticism is “FUD,” AKA “fear, uncertainty, and doubt.”

FTX’s now-ex CEO Sam Bankman-Fried is ever-so-slowly working his way to offering a full explanation from his side of things as to what happened to his mess of properties, including FTX and his crypto financing firm Alameda Research.

Nobody wants to look like FTX, especially considering just how much clout SBF and his firms seemed to have before the entire roof came crashing down on their heads. The Financial Times reported Saturday that most of the firm’s assets were assets not so easily traded, or otherwise cheap and/or worthless crypto tokens. There were also hidden and poorly labeled accounts on its balance sheet that point to immense mismanagement and seemingly willfully incompetent financial decision-making.

Google opens up Workspace with slew of third-party integrations