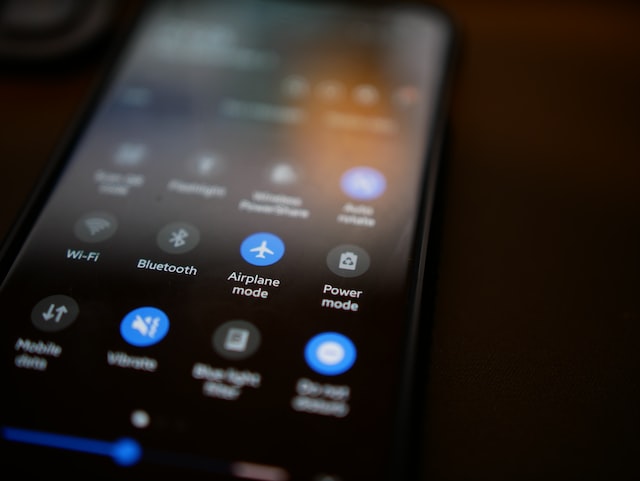 Sonic the Hedgehog games rarely, if ever, get critical acclaim. 3D Sonic games in particular are viewed as uneven at best, and just plain bad at worst. On the review aggregator Metacritic, “Sonic Frontiers,” the latest entry in the franchise, scored a 72 for its PlayStation 5 version, with some particularly harsh reviews pointing out the game’s technical flaws (including the most egregious instances of pop-in seen in the last decade of video games).

But if you look to the dedicated Sonic fan base — the YouTubers and Reddit commenters who still love the character and his games despite it all — you’ll find that “Sonic Frontiers” is enjoying near-universal acclaim, despite a merely average broader critical consensus. There’s something dedicated Sonic fans see in “Frontiers” that others simply don’t. It’s not just nostalgia. Sonic fans are notoriously divided on several games, including the last mainline title, “Sonic Forces,” and even the original “Adventure” series that debuted on the Sega Dreamcast more than two decades ago.

I am a dedicated Sonic fan and have lived in these communities for years. I’ve played and at least moderately enjoyed every Sonic game, even the ones I acknowledge are quite bad. So speaking as a fan, I believe I have some authority to break down why “Sonic Frontiers” is an absolute victory for the fans, despite the lukewarm mainstream reception. Just look to Sonic fans like longtime established YouTube creator Jirard “The Completionist” Khalil, who declared in his recent video, “I really loved Sonic Frontiers.” Me too.

1. It’s a true return to the ‘Adventure’ formula

“Sonic Adventure” was released in 1998 at the front lines of the 3D revolution of digital entertainment, and mixed two different play styles — much like “Frontiers.”

Much of the game saw Sonic racing through carefully constructed tracks meant to evoke the 2D platforming levels of old while giving Sonic more room to move freely. Developer Sonic Team actually very nearly nailed this out the gate; the controls and the graphics are the only bits that really needed to improve. This formula has been a consistent staple throughout most of Sonic’s games since, including “Frontiers.” The other, more frustrating parts were the open-ended hub areas. They offered little engagement and only highlighted how Sonic’s speedy gameplay clashed with the exploration and freedom offered by other 3D games, like the vast, vertical spaces of “Super Mario 64.”

In “Frontiers,” this issue is solved by turning the hub area into a playground full of jungle gyms for Sonic to zip through. The camera will lock into fixed angles once the player enters a sequence of jumps and obstacles, which removes any camera-related headaches during navigation. This is the first game to allow players to live out the beloved animated introduction of “Sonic CD,” with the hedgehog bouncing off cliff walls and tearing through open fields. And it’s the first game since “Sonic Adventure” to reward player freedom.

YouTube creator Chaomix, who makes Sonic-related video essays every week, said in his review of the game: “I haven’t felt this much freedom since the Sonic Adventure games all the way back on the Dreamcast. Sometimes I would turn my brain off and go into a flow state.”

2. ‘Frontiers’ has evocative and respectful storytelling

The storytelling in Sonic games has never been a strong point, and some fans feared “Frontiers” would continue that trend. Comics writer Ian Flynn, who wrote on “Frontiers,” told IGN that the dialogue he worked on was crafted in response to characters, arcs and plot beats fed to him by the developers, leading some to believe that Flynn — a beloved and respected writer in the community — may not have been instrumental to the game’s story. The final product says otherwise.

In the 1990s, Sonic’s character was marketed to the West as having a punk attitude. But in the original Japanese story, his irreverent attitude was just one facet of his personality. The core of Sonic as a character was that he was a free spirit with a can-do, proactive attitude who would step in if he saw something wrong, like harm coming to the environment or other animals. “Frontiers” plays like a game that honors that original intent.

Sonic’s perennial sidekick, Tails, finally talks about becoming his own person independent from Sonic. In the past, Amy Rose has been portrayed as someone obsessed with Sonic; in “Frontiers,” their dialogue makes them sound like old, emotionally intelligent friends. And Dr. “Eggman” Robotnik is more than just a mad cartoon villain; he seems genuinely intrigued by the science around him in the game’s environments. He also steals the spotlight as the emotional core of the story as he develops a fatherly relationship with his artificial intelligence construct Sage, a new character to this game. We even finally get an explanation of why Eggman is called Eggman.

Beyond this, the dialogue makes several references to past events throughout Sonic’s three-decade career in games. Sonic gets nostalgic for past locations he’s visited; Tails recalls the logistics of old battles. The story of “Sonic Frontiers” may seem like nonsense at the surface level, but for longtime fans who have paid attention to his games, this is more than just fan service: It’s a validation of their commitment. It even goes all the way back to the original Adventure series over two decades ago to finally tell the origin story of the villains from those games.

God of War’s creators discuss the evolution of Kratos

Fadel “Games Cage” Ragheb, a 26-year-old YouTube and Twitch personality who covers all things Sonic, said in a recent video that it’s clear many reviews didn’t quite understand what the story means to fans, and how much Flynn and the writing staff respected the series’ legacy.

“There are things and changes we’ve understood about these characters that have bothered us for a long time,” Ragheb said. “Tails being a coward, Knuckles being stuck to the Master Emerald and Amy just being a love interest … these characters have had these norms that the series have shackled them with for a long time, and it feels like this game wants to break them so badly.”

Many of the “Frontiers” reviews complained about how Sonic controls. As someone who has battled with and acclimated to floaty and jerky controls in older games, I don’t share that perspective, and neither do a lot of other Sonic fans. Given Sonic’s unusually fast movement among video game characters, it’s a miracle that his movement is as legible and clear as it is in “Frontiers.”

There’s a snappiness and weight to Sonic’s jumps that have been absent in past games, even in the recent “Sonic Forces.” In “Forces,” Sonic would fall a bit too fast from his highest jumps, and the 2D stages gave him too much momentum, making him hard to stop. In “Frontiers,” not only does Sonic finally feel correct in weight and momentum, but the game has options to allow players to adjust for speed, turning speed, bounce height and acceleration. This makes “Sonic Frontiers” the Gran Turismo of Sonic games, offering a level of customization never seen before in the series’ history.

As Twitter user and 2D action game developer CryoGX demonstrates in his post below, Sonic controls well enough for players to use his entire body to write in cursive.

If you want a stark contrast between Mario and Sonic, consider the two series’ music. The soundtracks in Mario games often rely on old traditional standards like big band, gypsy jazz and ragtime piano tracks. Mario is classic, and his music matches that tone, like a Scott Joplin record or a rousing Frank Sintatra medley.

By contrast, since his 1992 introduction, Sonic was meant to be the modern face of video games. He was the hedgehog with attitude. His influence on mascot design is immeasurable: Any animal with a cool, irreverent vibe owes a debt to the Blue Blur. And even in the 1990s, his music reflected modern styles of that era, evoking the New Jack Swing movement that was so pervasive on radio and MTV. Even Michael Jackson worked on some Sonic music.

“Frontiers” honors this tradition. While 2017′s “Super Mario Odyssey” has level-wide tributes to swing music and the Big Band era, “Frontiers” is laced with electronic dance tunes for its linear stages, a tranquil jazzy lo-fi trip hop beat for its fishing minigame, and mercurial screamo metal for its massive boss battles. It’s a diverse, energetic soundtrack that ranks among the best of this current console generation.

Even if the gameplay and stories don’t quite hit, it’s hard to find any fault in the compositions made by composers Tomoya Ohtani, Kenichi Tokoi and Takahito Eguchi. Mix any of the dance tracks into a set at a New York club, and the revelers would rage on, unaware that they’re dancing to music from a Sonic the Hedgehog video game. That’s the beauty and draw of the Sonic soundscape. And speaking of the boss battles …

5. Frontiers has the best battles synced to music since ‘Metal Gear Rising’

It’s become a popular meme to yell “Rules of Nature” when electrifying sensational action is happening anywhere. It’s one of the songs from 2013′s “Metal Gear Rising Revengeance,” developed by Bayonetta creators Platinum games. In that game, the music would dynamically react to your on-screen actions. The singer would suddenly scream “Rules of Nature” when the main character Raiden would swing building sized robots around before slicing them in half. The meme exists because that moment was unforgettable.

The “Frontiers” soundtrack evokes the “Rules of Nature” moment when Super Sonic — a form of hedgehog inspired by the “Super Saiyan” transformation from the Dragon Ball anime series — battles similarly titan-sized robots. The player-driven action set piece is punctuated by quick time reaction button presses that time exactly with the drop of a metal barre chord, while the vocals suddenly kick in and demand that the player “break through it all and don’t look down.” It’s inspiring, life-affirming stuff. These are easily the grandest fights ever staged in a Sonic the Hedgehog game, making “Frontiers” a must-play for any fan of the character.

Yes, “Sonic Frontiers” doesn’t look like a big-budget modern video game. It’s laughably plain when standing up to games like “God of War Ragnarok.” But it also radiates a willingness to please that’s hard to deny, especially if you’ve been cheering for the hedgehog for years. “Sonic Frontiers” won’t win any awards, and it doesn’t need them. For fans of the hedgehog, experiencing the game feels like winning a lifetime achievement award.