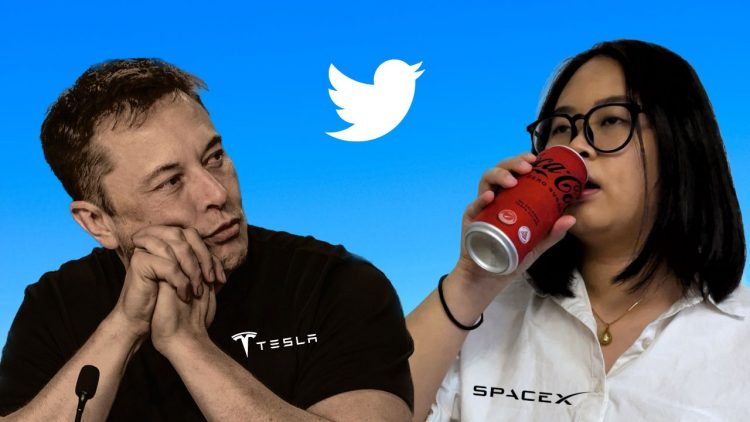 One of the most controversial figures right now is Elon Musk. These days, you can’t go a day without seeing a headline about the changes he has been making to Twitter, from laying off staff members in throes to now… asking them to come back?

Whether you like the man or not, he’s the richest man in the world with a net worth of US$201.3 billion. And even though Musk was born into a well-off family, it still takes effort and hard work (among other things, some might argue) to amass that much wealth.

So, I decided to look into his daily routine and adapt it to my own work life.

Into the mind of Elon Musk

Claiming to have worked regular 80 to 100-hour work weeks, Musk is what I would call an avid workaholic. But considering all the success he has achieved, maybe there’s a method to that madness.

In order to really understand Musk, though, I spent a whole weekend deep-diving into his beliefs and principles. I stalked his Twitter account, scrolled through the top posts from his Reddit Ask Me Anything (AMA) from 2015, and even listened to hours of podcasts that featured him.

It was a rabbit hole, and I jumped right in.

His conversation with podcaster Lex Friedman was rather interesting / Image Credit: Lex Friedman

I even found a copy of a book he recommended, What We Owe the Future by William MacAskill. Admittedly, it’s not really my cup of tea (and hence I did not finish it), but its exploration of “longtermism” gave me an idea of how Musk wishes to operate.

Back in 2015, Musk shared on the Reddit AMA that he typically slept at 1AM and woke up at 7AM.

In an August 2022 episode of FULL SEND PODCAST, however, Musk shares that he’s now even more nocturnal than ever, sleeping at 3AM and waking up at 9 or 9:30AM. Just like before, this grants him a grand total of six (or six and a half) hours of sleep.

I usually sleep around midnight or before and wake at 7AM, which is at least one more hour than Musk’s regular routine. It might not sound like much, but losing an hour of shuteye every night gets exceedingly tiring.

The first morning I tried this routine, I felt okay, and even energetic. However, I quickly felt my lethargy sink in around lunchtime and I was exhausted by the evening, even more so than when I tried Steve Jobs’ morning routine which started at 6AM.

In the same Reddit AMA, Musk shared that the first thing he did every morning was check his emails. However, in the FULL SEND PODCAST, he shared that he was actually trying to do 20 minutes of exercise in the morning.

So, I looked up a low-intensity workout routine on YouTube that was roughly 20 minutes and did that for three out of the five mornings I tried Musk’s routine for. I enjoyed the activity and it actually did feel good to stretch out my muscles first thing in the morning.

This is something I definitely want to incorporate into my morning routines down the road.

After the workout comes one of Musk’s most critical morning habits—the morning shower.

Although Musk swears by morning showers, it was easily my least favourite part of the routine. There’s just something about the humidity of a shower that clings to me even after I dry myself. It brings back all my morning grogginess, making me feel sluggish and slow.

It was an interesting routine to try out, but for personal reasons, I will not be implementing the morning shower into my daily routine.

Unsurprisingly, Musk is pretty big on caffeine and is said to drink two cups a day. Thankfully, I also enjoy my morning cuppa joes.

I paired this “down” time with reading my emails, since Musk is now trying not to do that first thing in the morning. However, I’m pretty sure I don’t have as many emails as the multi-hyphenate, and my messages probably had a lot lower stakes.

After my coffee, I would pack and leave for the office. Musk usually drops his kids off first, probably in a Tesla, but I don’t have that, so I took the next best thing—the LRT.

9:15AM: Breakfast of champions

On my way to the office, I occasionally pick up a quick breakfast from the bakery or Family Mart, but because Elon Musk skips breakfast, I did as well.

While I don’t eat breakfast every single day, I do enjoy it on days where I feel like I deserve a treat. However, Musk doesn’t seem to value nutrition all that much. At least, he didn’t use to.

After all, he was quoted to say things like ,“If there was a way I couldn’t eat to work more, I wouldn’t eat.”

However, it’s not like the billionaire doesn’t enjoy food. He had said on an episode of Joe Rogan’s podcast, “I prefer to eat tasty dishes and live a shorter life.” From his general lifestyle, it seems like work trumps even good food for the man, though.

For years now, Elon Musk has been associated with the “five-minute rule”, a kind of time-blocking method where you plan your day in five-minute periods at a time.

Supposedly, this is a cognitive-behavioural technique designed to help people overcome procrastination and become more productive.

But here’s a quick five-minute myth-busting session for you—the entrepreneur tweeted in 2018 that he definitely doesn’t practise it. He even wrote that he needs to have “long uninterrupted times to think” and be creative.

One thing that Musk does believe, though, is working in the office.

Just recently, on November 9, 2:30AM, he sent out an email to Twitter employees announcing the end of remote working.

I like working in the office and often spend more than 40 hours per week in it, anyway

Just like in his other companies, the billionaire expects staff to be in the office at least 40 hours a week unless they were given the approval to work elsewhere.

Reportedly, he wrote in the email that “the road ahead is arduous and will require intense work to succeed.”

And that was his first-ever email to the employees of Twitter. Wild.

From what Musk said on the Joe Rogan podcast, it’s clear that he doesn’t exactly place a lot of value on healthy eating.

However, this might’ve changed in recent times, considering the fact that he tweeted in August about trying intermittent fasting. I didn’t exactly follow through with that, but skipping breakfast counts… right?

The billionaire was also said to “wolf down” his lunches in five minutes, but maybe that’s also a myth, just like the five-minute rule falsely attributed to him. Regardless, I skipped this as I really did not want to give myself indigestion, as much as I want to stay faithful to his routine.

In any case, his workaholic lifestyle makes me assume that he circles his lunches around work, not work around his lunches. So, during the week, I mostly just ate lunch whenever I was done with a certain task, rather than planning out a specific time to eat.

A shocking habit I learned about Musk during my research was that he used to drink eight cans of Diet Coke, at least according to a Business Insider report.

Musk said that he’s slowed down on this habit these days, though a July tweet of his shows that he still has a deep affection for the beverage.

The amount of caffeine I consumed that week… wasn’t ideal

Another thing I learnt, though, was the fact that diet coke virtually doesn’t exist in Malaysia anymore, having been largely replaced by Coke Zero, which has less caffeine.

On my first day, I couldn’t actually find a Coke Zero nearby, so I opted for regular old Coca-Cola instead. The sugar crash left by the sicky-sweet drink was debilitating, so I steadfastly stuck to Coke Zero for the remainder of the week.

I usually clock out at 7PM or so, but Elon Musk? He clocks out at 10PM.

However, as much as the billionaire loves in-office work, I did not want to stay back for that long; I would rather pack up and bring my work home. Which I did.

That’s 12 AM, mind you. Ironically, my wallpaper of the day said, “Be yourself. Everyone else is already taken.”

On nights when the train was emptier, I would whip out my laptop to get some writing done. I would also work on some tasks from home after dinner. It was very tiring, and ultimately, I don’t think it helped my productivity at all.

When I wrote about following Steve Jobs’ routine, I got some comments about how I “should quit my job if it’s not motivating”, and whether I “earnestly have an equivalent vision and passion to live out” as the late entrepreneur.

Passion and motivation seem to be the operative words here. And like those commenters, I believe that is true, to a certain extent. In order to work as intensely as Musk and not burn out, you probably need to be a highly motivated individual, driven by passion in what you do.

But I’m passionate, too. Motivated as well. As for whether it’s equivalent or not, I don’t know. How do you even measure that?

That aside, not everyone is wired to work this way. For many people such as myself, working over a certain threshold of hours starts being counterproductive.

True passion and motivation mean you are able to listen to your own body, adapting and catering your schedule to yourself. For me, that schedule is nowhere close to Musk’s.

But with all the recent controversies Musk has been embroiled in as Twitter’s CEO, who knows how strictly he’s following his own routines these days anyway.

How to Monetize Your Videos

How to Find Your Router’s IP Address on Any Computer, Smartphone, or Tablet