by S. Publisher
in Development 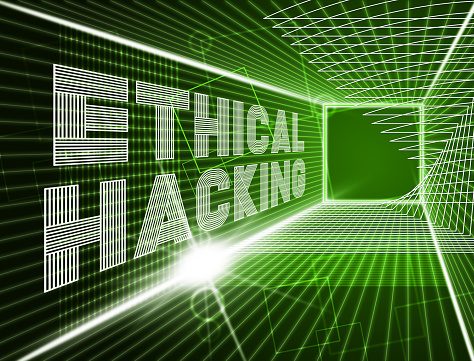 As organisations try to keep up with how technology is changing, new and emerging cyber threats pop up almost every second of every day. Cybercrime is a major worry for every organisation in the world because the line between online and real life continues to blur.

We continue to grow and change into a more connected and virtual society, where criminals aren’t just hooded people who break into your house in the middle of the night like they used to be. Cybercriminals, also called “hackers,” are just regular people who attack people, businesses, and governments from their own homes while sitting in front of a computer screen.

So the old saying, “Prevention is always better than treatment,” is still true. So, if you want to beat hackers, you have to think and act like them.

What does a Certified Ethical Hacker do?

A Certified Ethical Hacker is a known expert in the field of information security (InfoSec) who has the knowledge and experience to look for weaknesses and holes in target systems. They use the same methods and tools as a malicious hacker to evaluate and improve the security of the systems they are after.

Why you should get trained as a Certified Ethical Hacker (CEH) and improve your skills today:

This has to do with the job market for both good and bad hackers. The threat landscape is getting more hostile, which is something businesses don’t want to be a part of. Threat actors are getting smarter and launching attacks on systems that are more sophisticated and aggressive. Companies are having a hard time protecting themselves, and this is only going to get worse as the business world becomes more digital.

The Irish Times recently said that the new GDPR law has led to “up to 750,000” new jobs in data protection and privacy. This makes it even more important to become a Certified Ethical Hacker and keep your skills up to date. Because there are bad hackers, organisations are in desperate need of people with this specialised skill set. Ethical hacking, also called “pen testing,” has become one of the most important ways for an organisation to protect its data infrastructure. In the board room, people are talking about how to protect an organization’s online information. This is because businesses need to know that their business data is always safe and protected.

Many people don’t know how hackers think or act, which is a huge advantage for hackers who want to do harm.

How do they use technology? What methods do they use to successfully target and take advantage of their targets? When you understand how cybercriminals really think and act, you can put yourself in their shoes. By learning their methods and practises and getting used to the way they think, you can stay one step ahead of them.

The Certified Ethical Hacker CEH V11 Course not only goes over the ideas and theories behind hacking and penetration testing, but it also gives you the hands-on experience you need to act and think like a bad hacker. This way of learning makes sure that you not only get the right information, but also the skills you need to become a hacker (an ethical one).

As a professional in information security, the CEH certification gives you full control and visibility over your organization’s systems, so you can protect them from data breaches and keep them safe.

Cybercriminals now have easy access to an alarming amount of personal information that can be found online. The CEH-certified training gives you the skills and knowledge you need to look for security holes in your organization’s network and fix them to make your security perimeter stronger. After getting CEH training, you won’t leave the security of your organisation up to chance. Any kind of data breach, no matter how big or small, has a double effect. Not only does it lead to the loss of important data, but it can also hurt your company’s reputation in a big way.

The most advanced hacking course in the world is the CEH training and certification. It covers 18 of the most important areas of security today, such as;

The training lets you work in many different labs on real-life situations, like real cyberattacks, and gives you access to more than 2200 hacking tools that are commonly used. This will give you the confidence you need to use these skills back at work.

The CEH is not only the most advanced hacking course in the world, but it is also a sought-after credential in the field of information security around the world.

It shows that you are a good ethical hacker or penetration tester with a high level of skill.

Widget Testing With Flutter: Getting Started